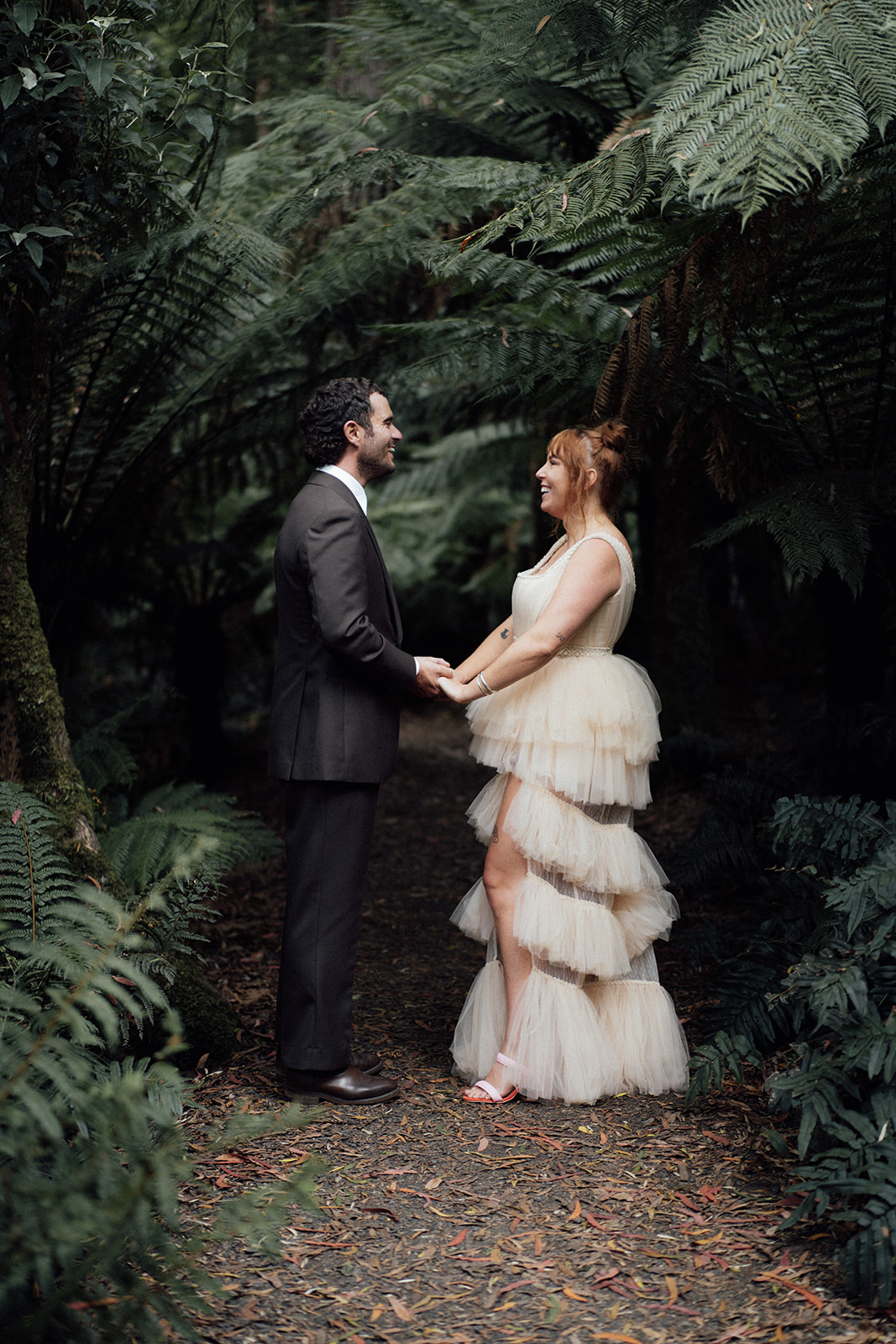 When Mel (known to her friends as Suz) and Alex got married earlier this year, they had one goal: to make the day “as sustainable as possible”. We are loving on that theme so hard and are blown away by everything they did to make it happen!

“I made petal confetti from flowers in my garden (as well as some sneaky cuttings from my neighbours!), we used old beer bottles as vases, and rather than decorating with heaps of flowers, we used mainly potted and hanging plants,” says the bride. They also stuck to vegan and vegetarian food, asked guests to donate to charities in lieu of wedding gifts, went paperless for the invites and signage, and wore local or sustainable brands where possible. “My dress was made by an incredible Melbourne-based designer,  Tamara Keane, and my bridesmaids all wore Reformation, a 100% carbon neutral company that uses low-impact materials, rescued deadstock fabrics and repurposed vintage clothing,” says Suz. “After the wedding, we sold everything on Facebook Marketplace so it could be re-used and enjoyed by another couple!”

They also called in their friend Rolan John Photo (who happens to be an epic photographer and one of our faves around the Hello May office) and the wildly talented La Lune team to capture the day on film. “They were so cool and fun, they put us all at ease,” the couple shares – and the pics and vid are *chef’s kiss*.

THE VENUE “As soon as we drove into Seacroft Estate , we knew it was the one. It’s an old monastery right on the Great Ocean Road with 180 degree views of the ocean, a beautiful old chapel with stained glass windows, guest rooms for 50+ people and cute alpacas that come over to say hello! Plus, it’s about half an hour from Cape Otway, so we were able to get our photos there and still have the fun, laidback party vibe we wanted for the actual wedding.”

FAVE DETAILS “Although we mainly decorated with plants, we did want some flowers for the arbour and for our bouquets. After chatting to our on-the-day planner, Belinda from Darling Don’t Panic, about the trouble we were having finding a florist (we left flowers super last minute), she mentioned she is something of an aspiring florist herself and offered to help. Her arrangements were more beautiful than we could ever have dreamed. We chose blue hydrangeas, yellow billy buttons, hot pink tea tree, pale pink orchids, orange strawflowers and blue gum leaves for the bouquets, and orange banksias, blue gum leaves and small yellow natives for the arbour.”

THE DRESS “I tried to find something vintage but everything was either far too revealing or looked like a Victorian-era nightgown. I kept saying, ‘I just want to wear the most fabulous thing I have ever worn’ — easy, right?! In the end, I decided my best bet was getting something made. I’m a huge RuPaul’s Drag Race fan and knew a friend of a friend had designed for some of the Australian cast, and I thought, “Who’s more fabulous than drag queens?” Tamara Keane is the sweetest, most talented and most cool, calm and collected person I have ever met. I showed her some inspo pics and she instantly whipped up a sketch that was exactly what I wanted.”

REFERENCES “Hello May was definitely my number one resource, especially the bumper real wedding specials. But because our venue was three hours from Melbourne and we were still in the middle of a pandemic, a lot of the vendors we tried first either said it was too far away or had sadly been forced to shut down over COVID. In the end, we found the best way to source vendors was by asking people for recommendations. Our friend Rolan John is an amazing photographer, so we immediately knew we wanted to book him. My childhood bestie is a wedding videographer from QLD and while I wanted her there as a guest, she put us in touch with La Lune. People are always so happy to help if you just ask!”

WORD OF ADVICE “Absolutely get an on-the-day planner — it is worth every penny to have someone in control of everything so you don’t have to worry about anything. Do photos before the ceremony, so you don’t have to leave the party. Also, over-order food if you’re not doing a sit-down dinner and double the amount of wine you think you’ll need. We only had beer left by about 11pm, which is when some weddings end I guess, but if you’re having an all-nighter like we did, you need way more booze!”

STANDOUT VENDORS “It’s really hard to choose but we’d have to say Belinda Warren, our planner from Darling Don’t Panic. She was just so helpful, organised and enthusiastic. We also want to give a shoutout to our photographer, Rolan John Photo, and our videographer, Sarah of La Lune. It just felt like hanging out with friends, which Rolan already was and Sarah has become since!”

Rolan John Photo and La Lune make a bit of an artistic dream team, don’t you reckon? We sure do and highly suggest you hit them both up on our directory, stat, if you want to book them in for your day. 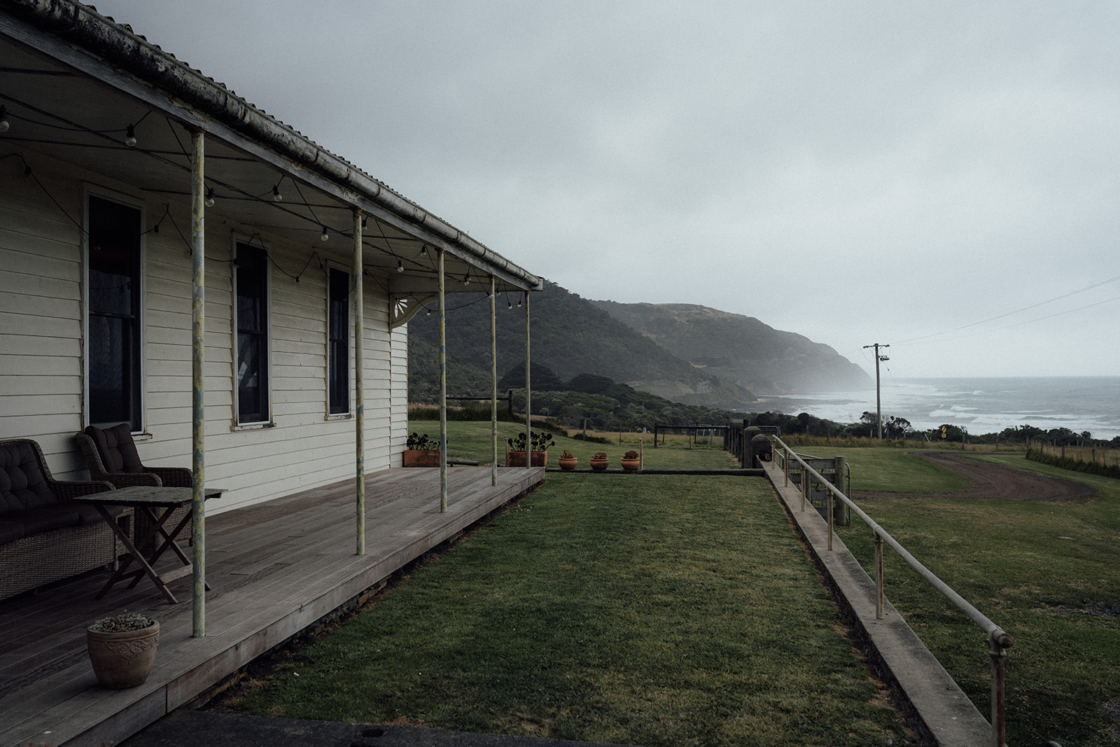 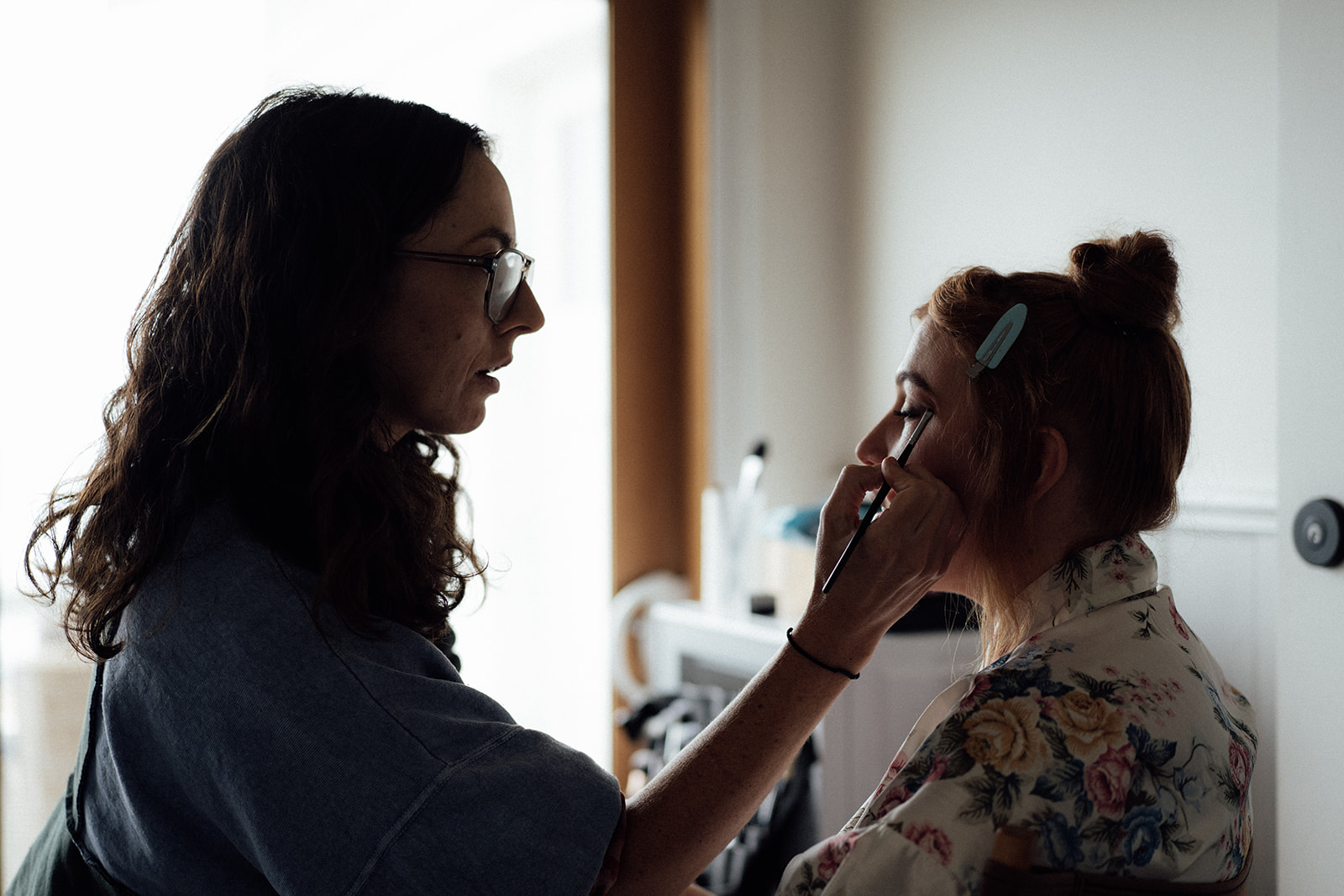 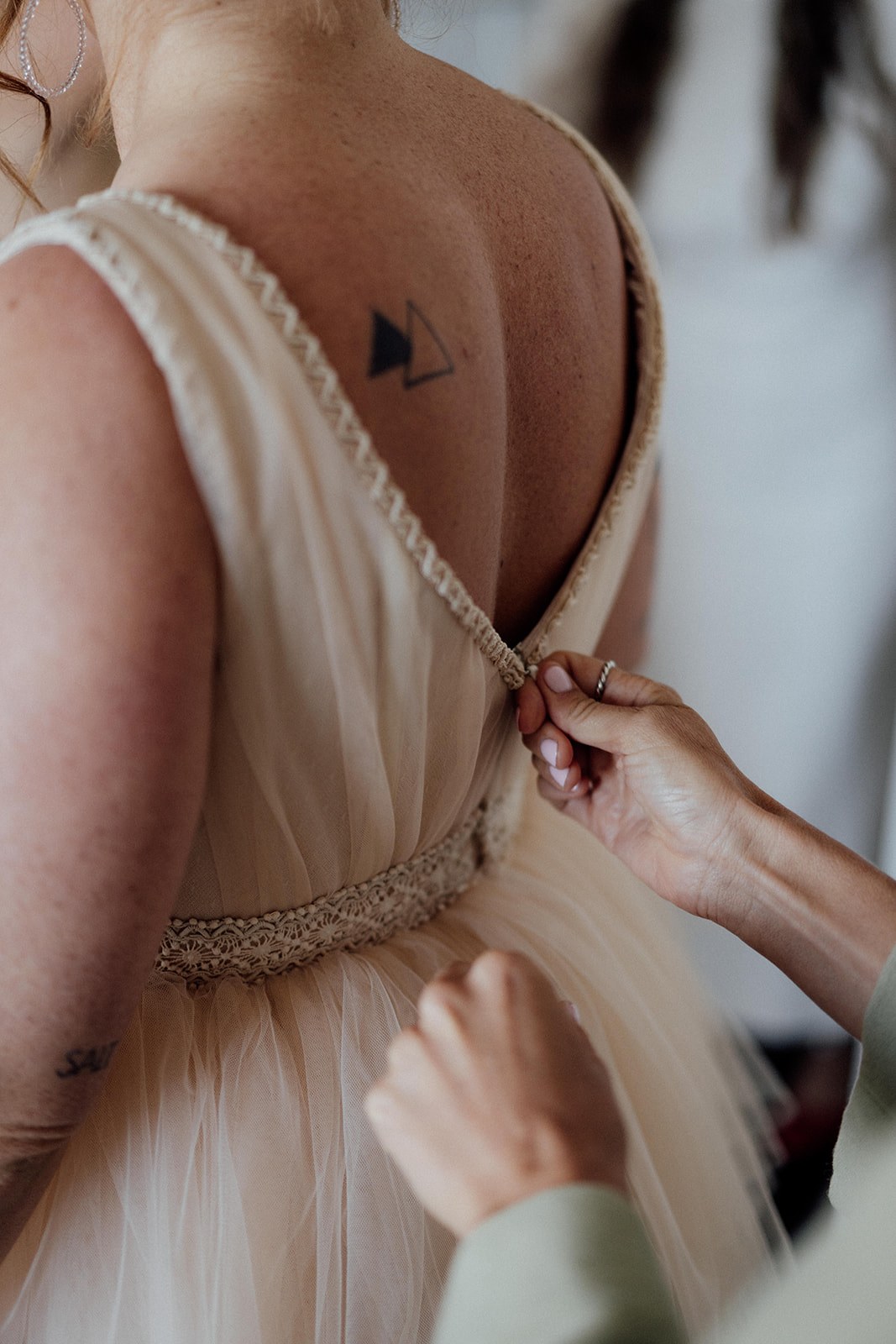 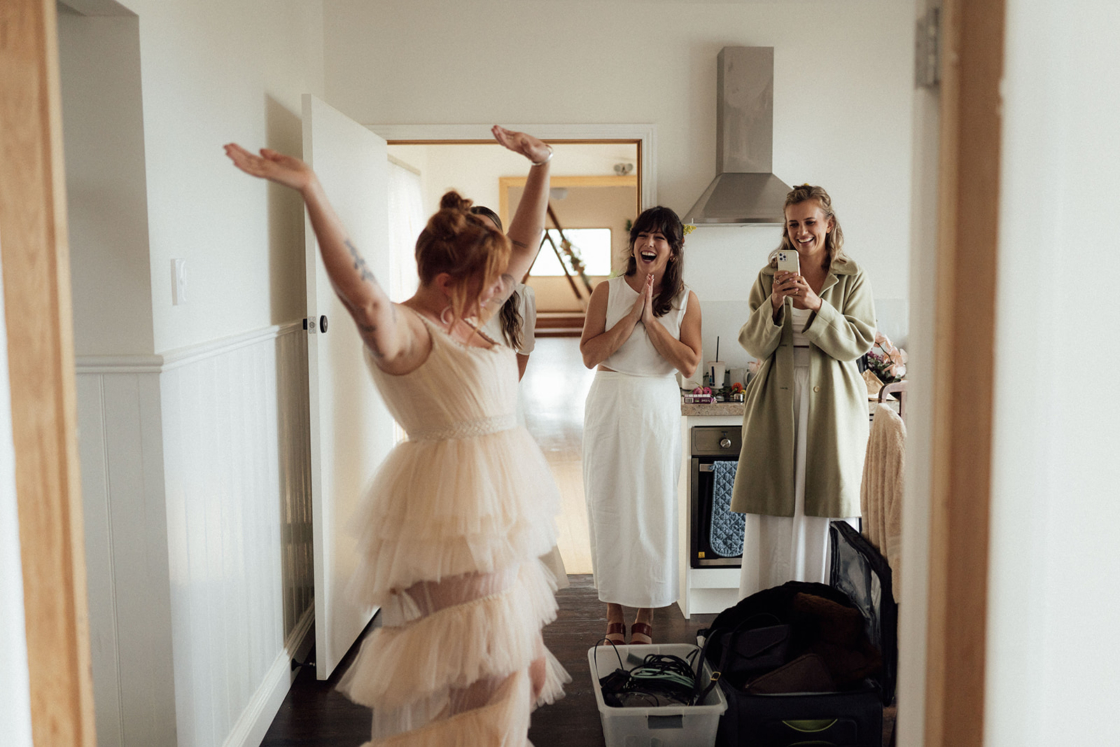 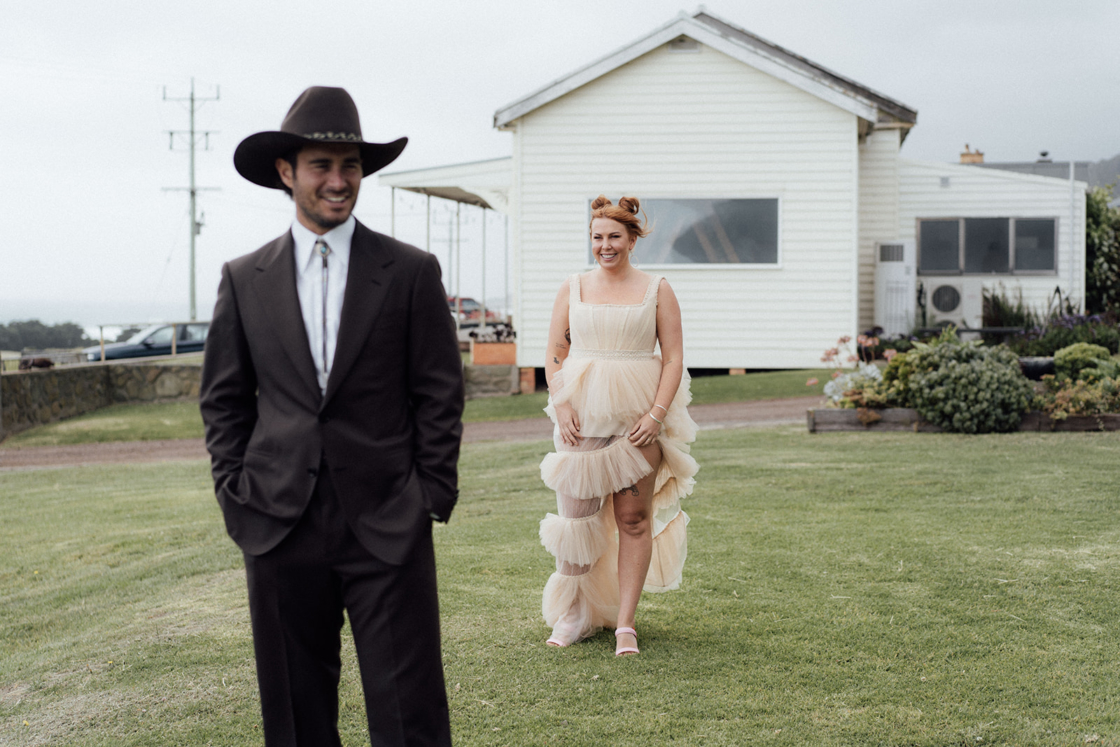 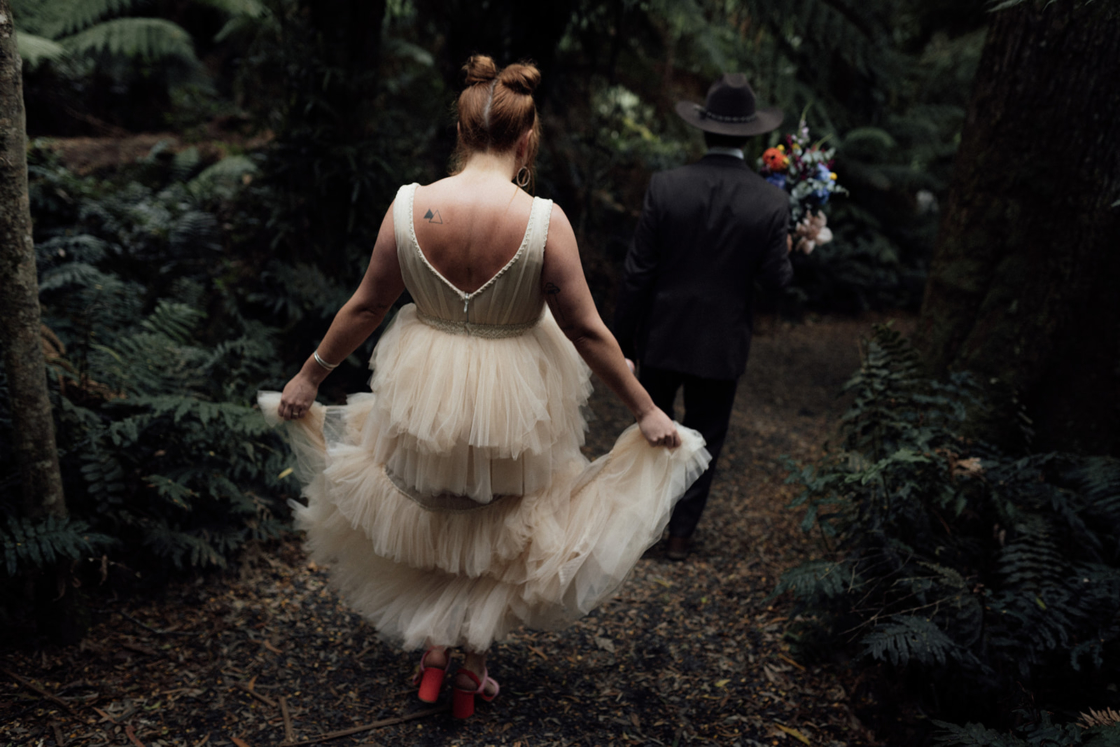 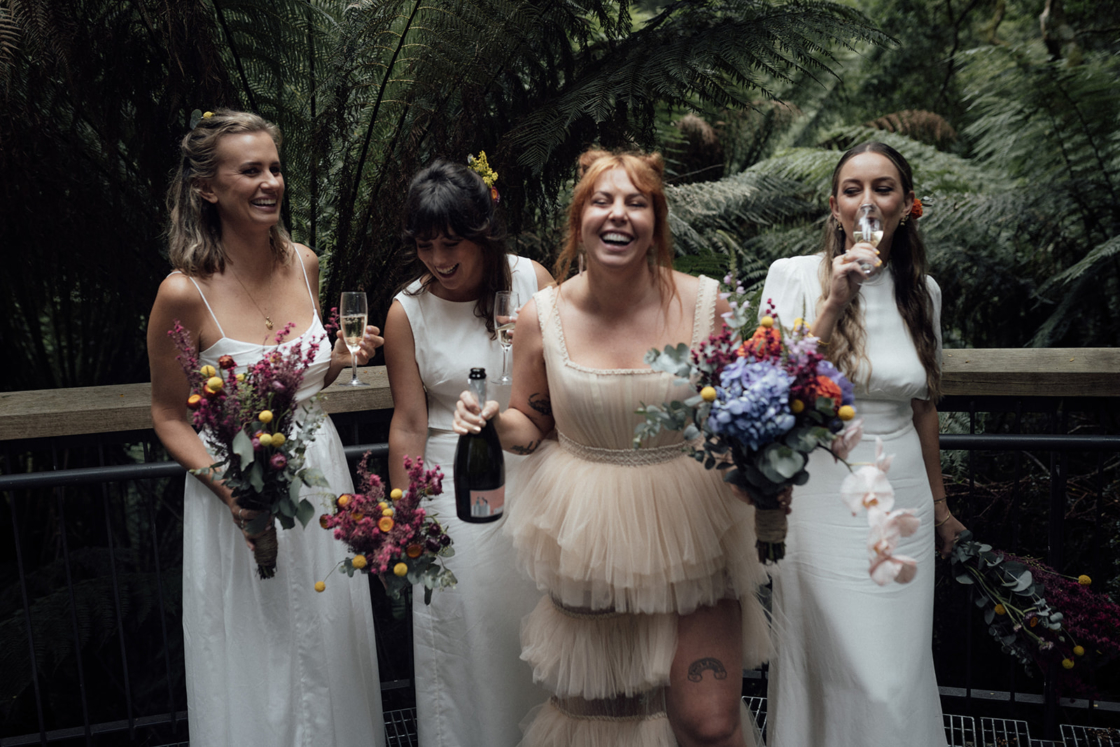 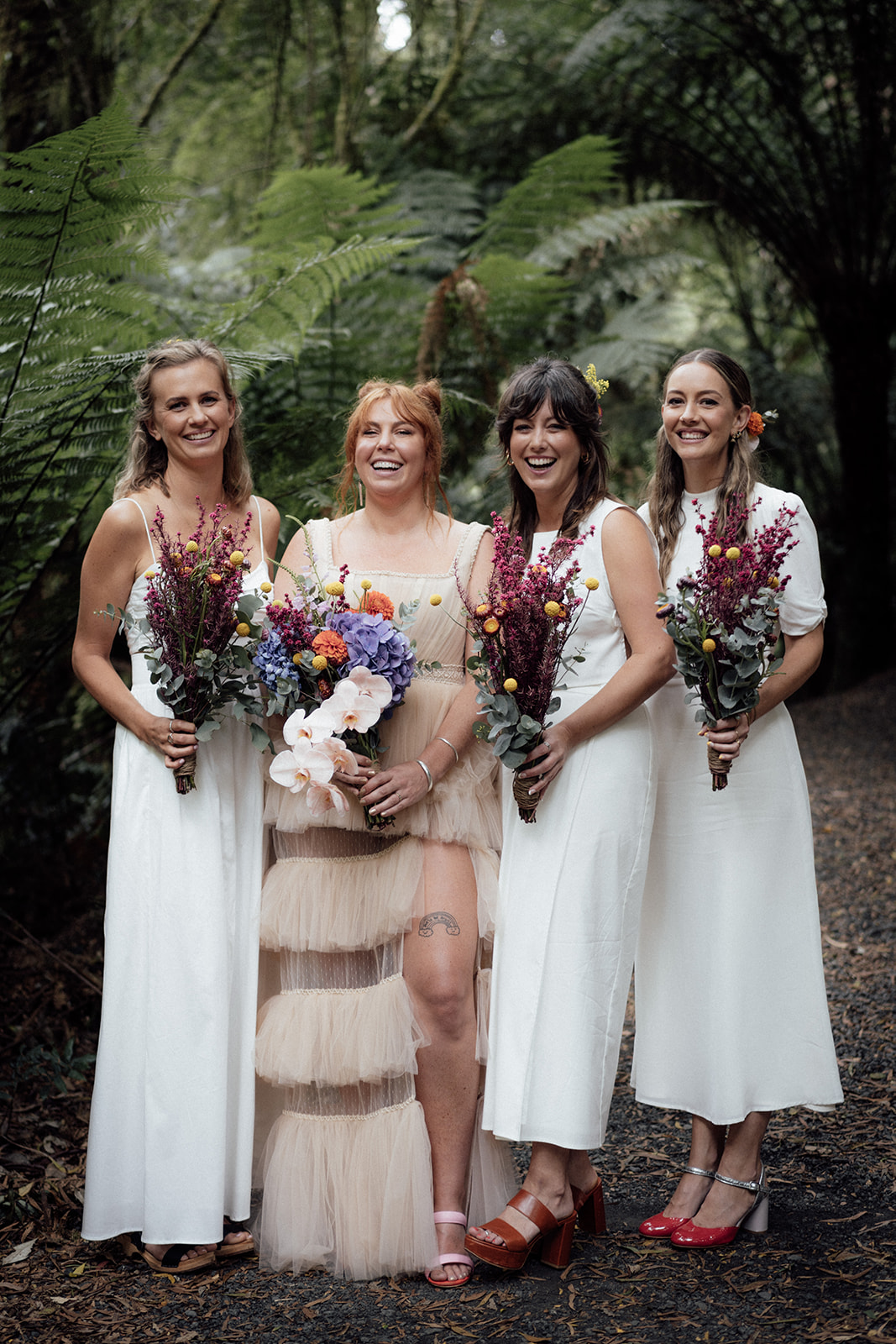 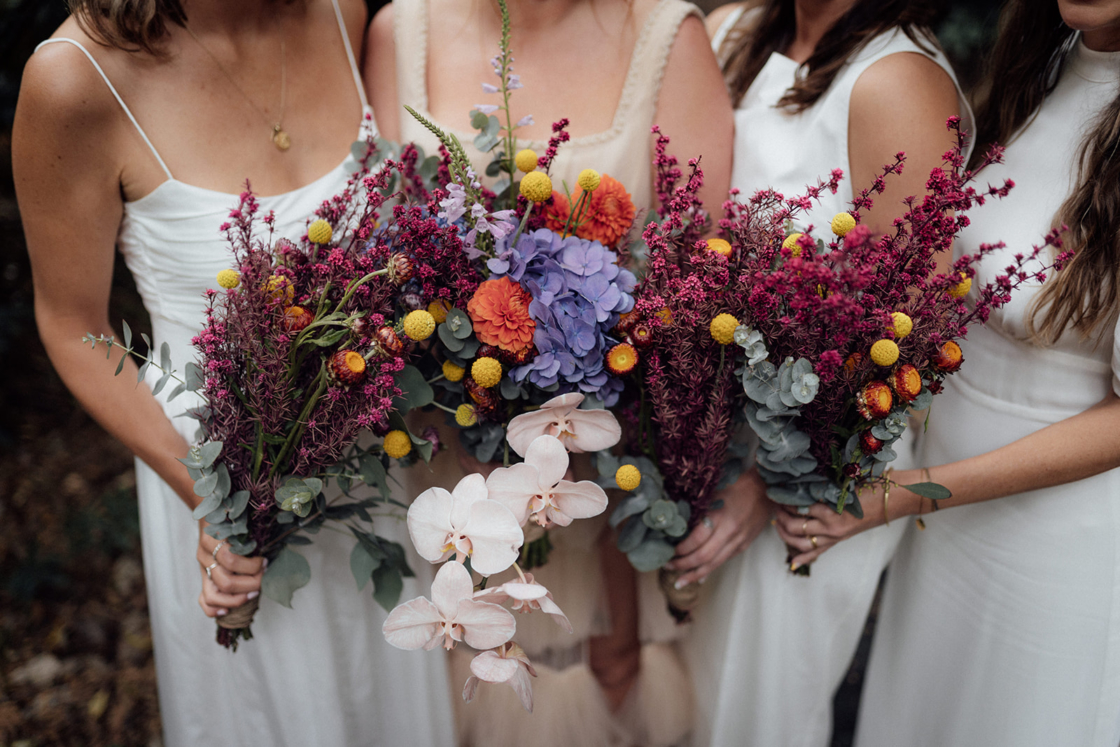 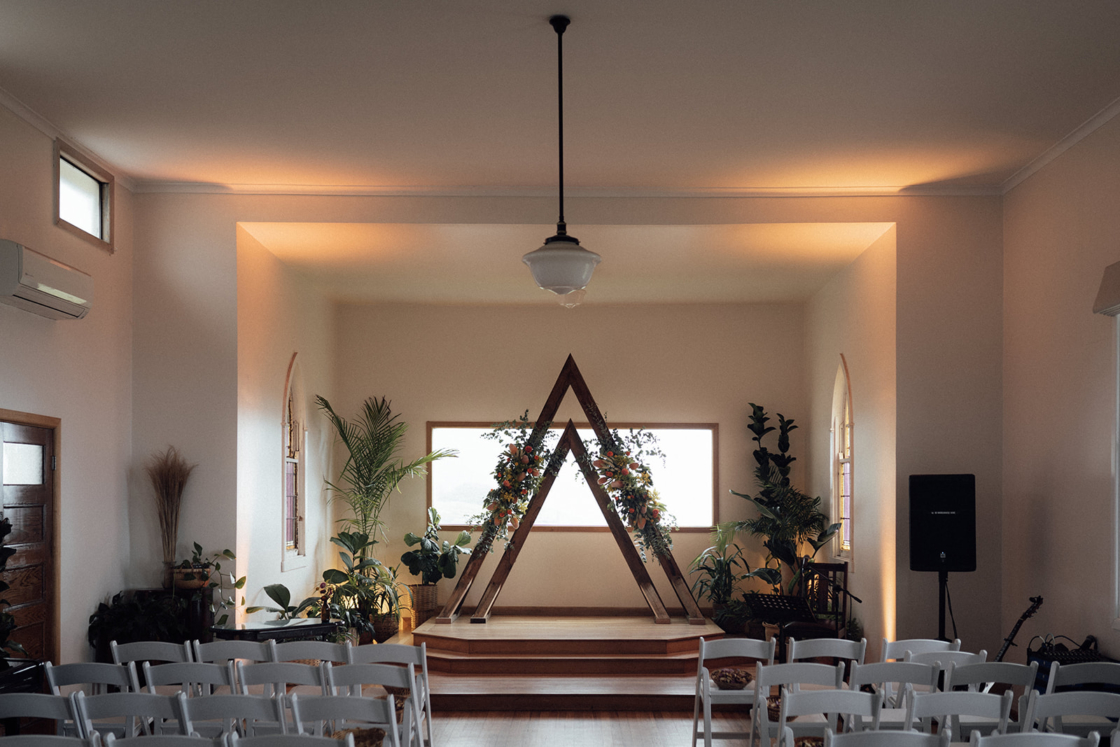 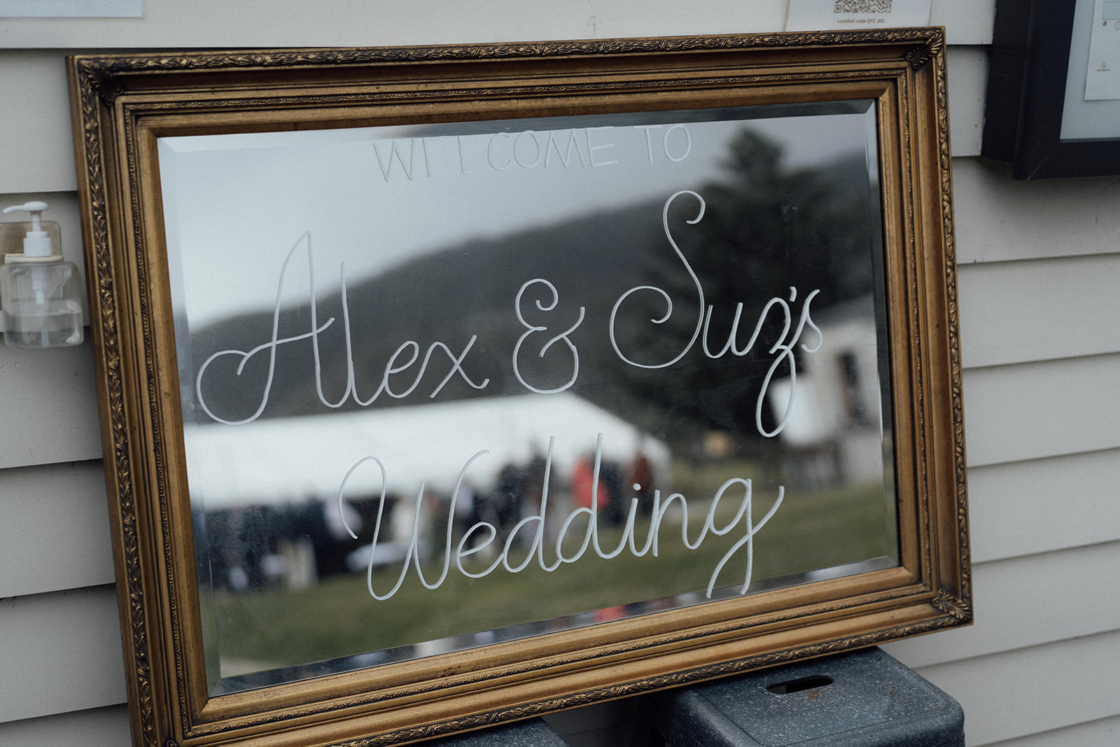 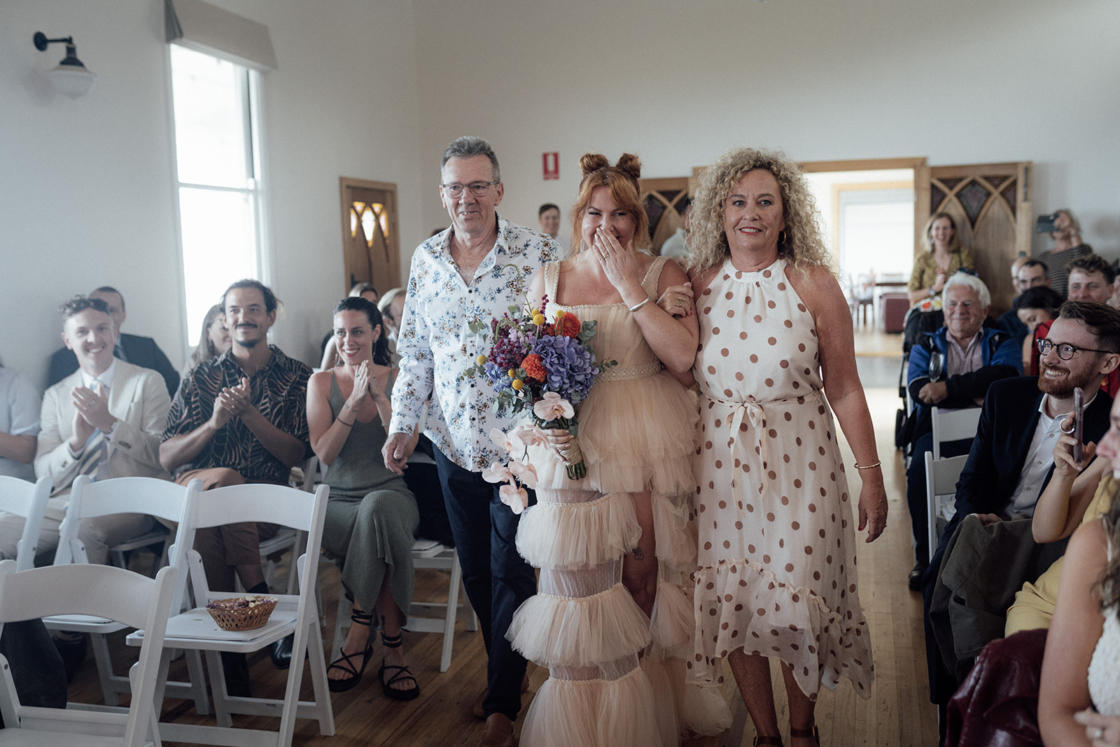 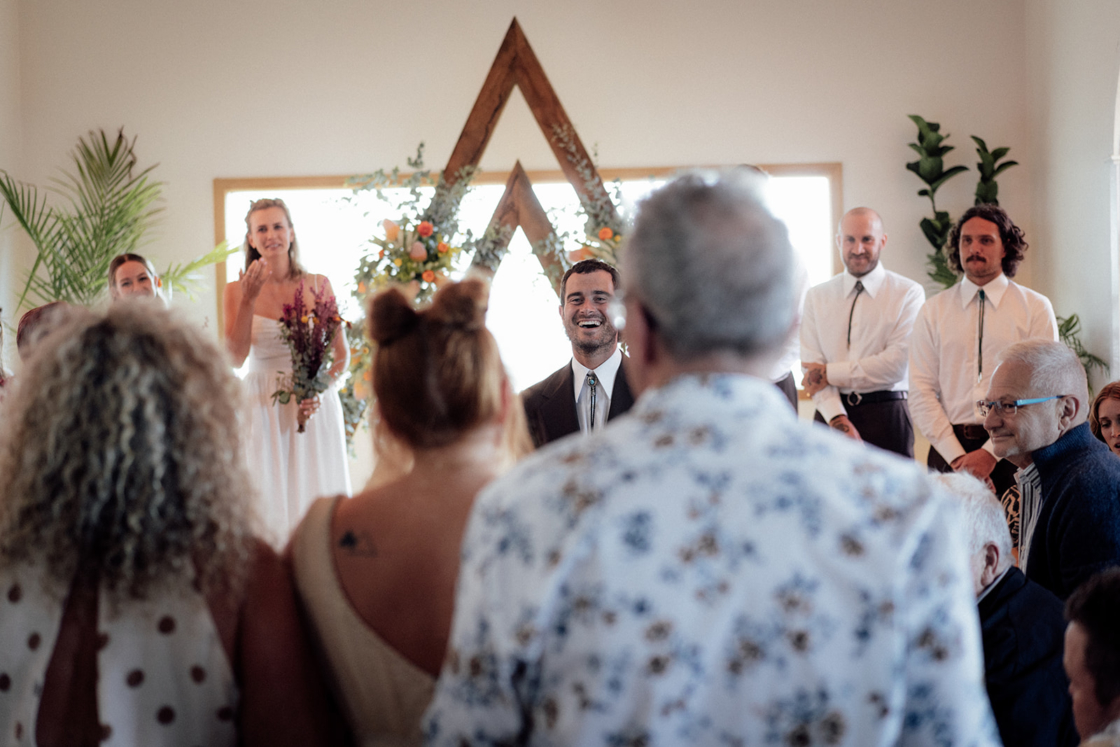 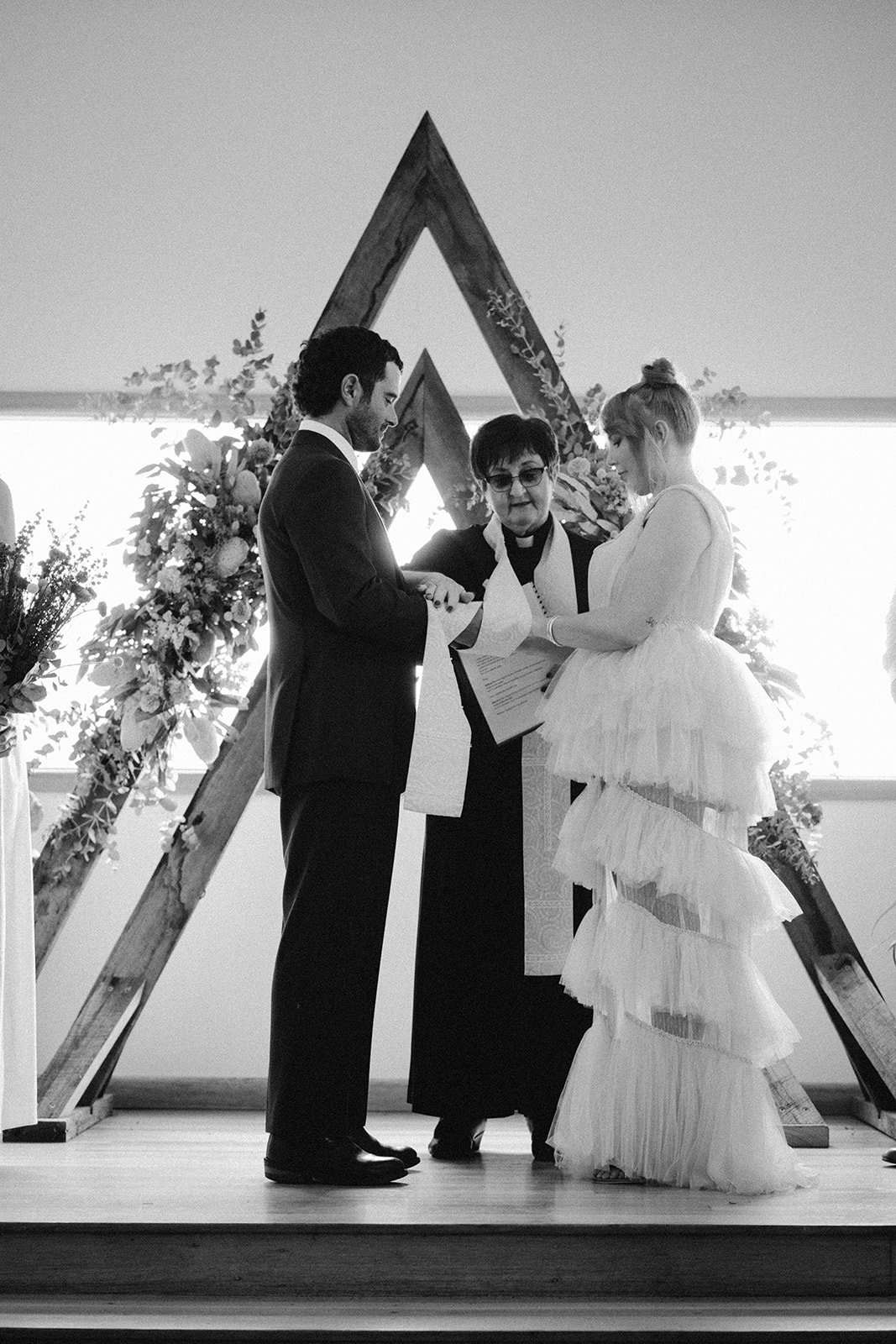 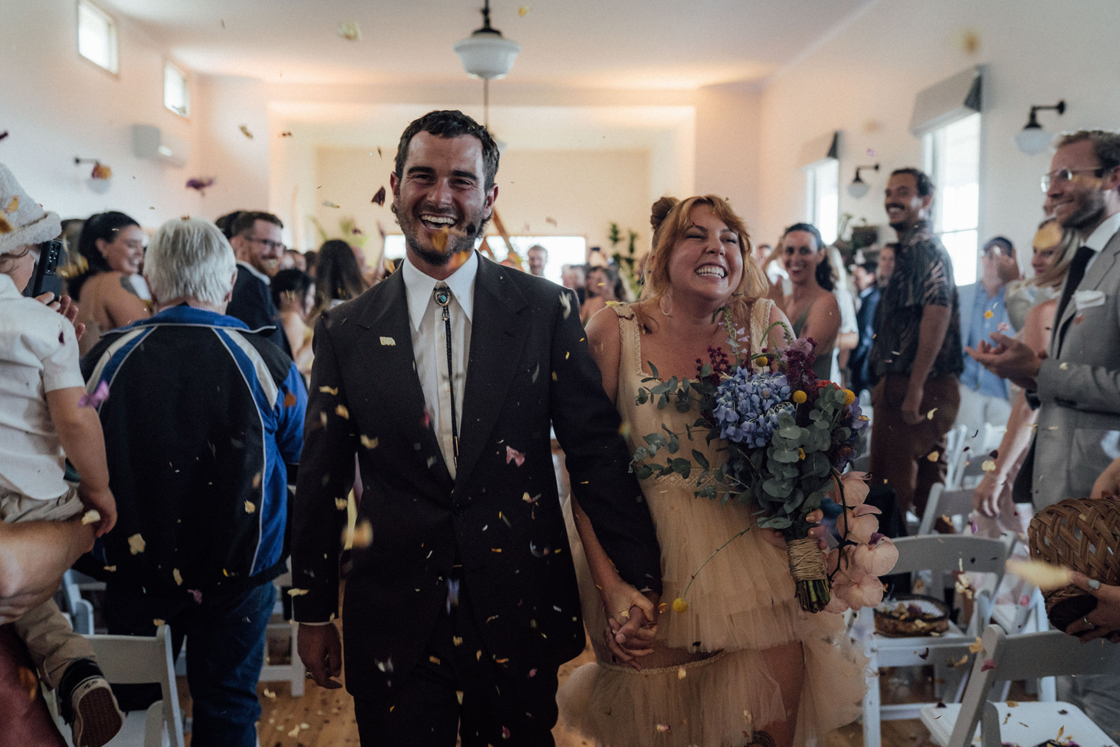 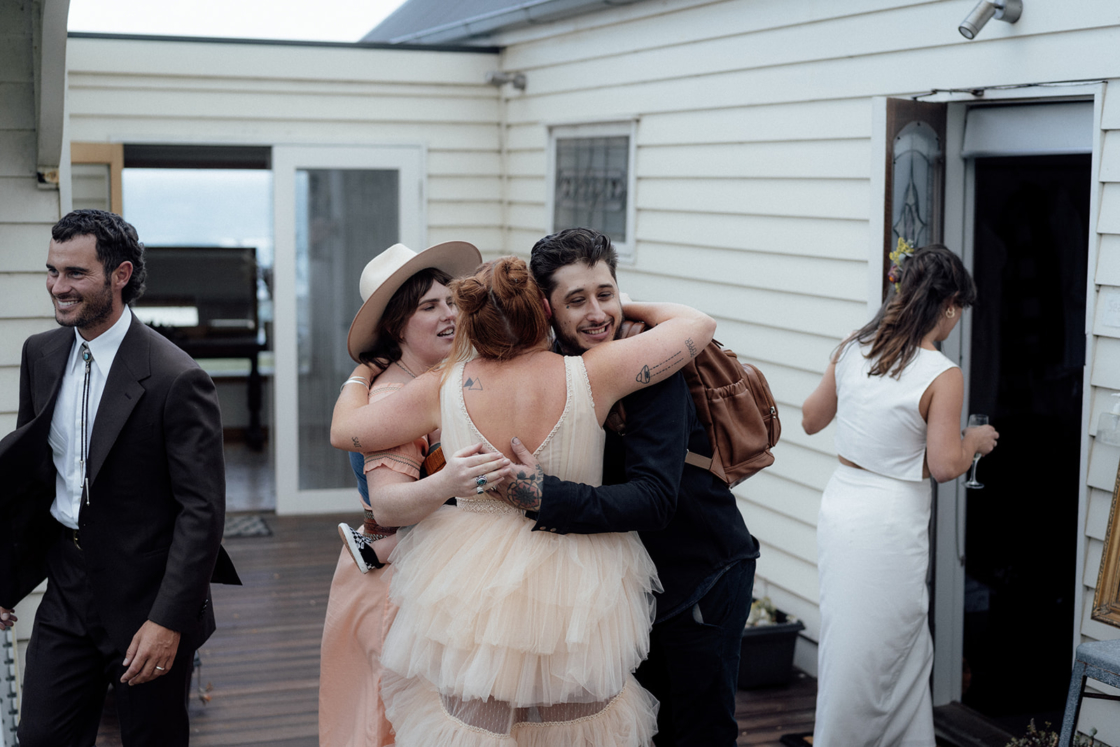 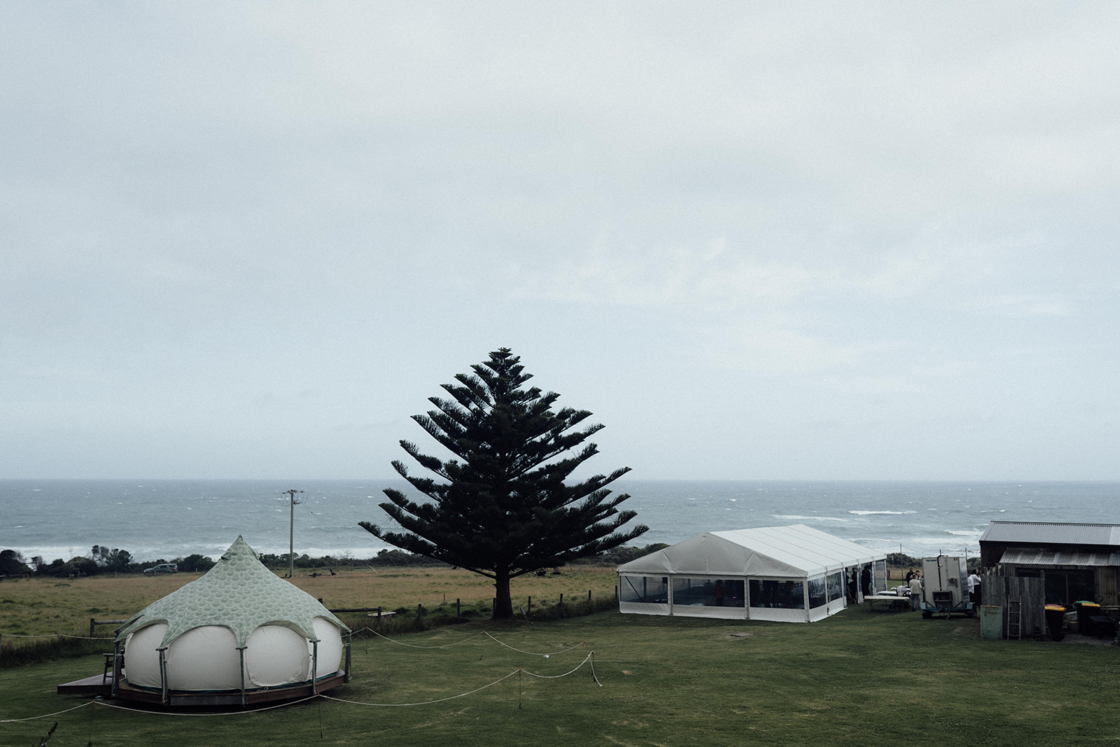 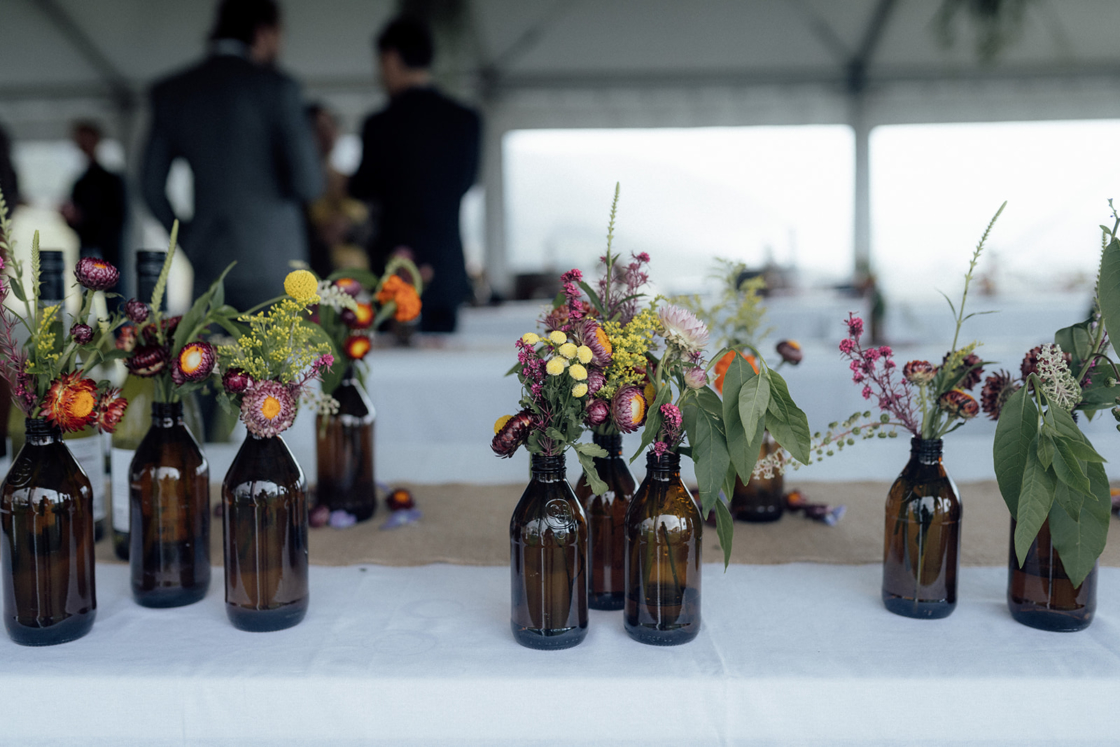 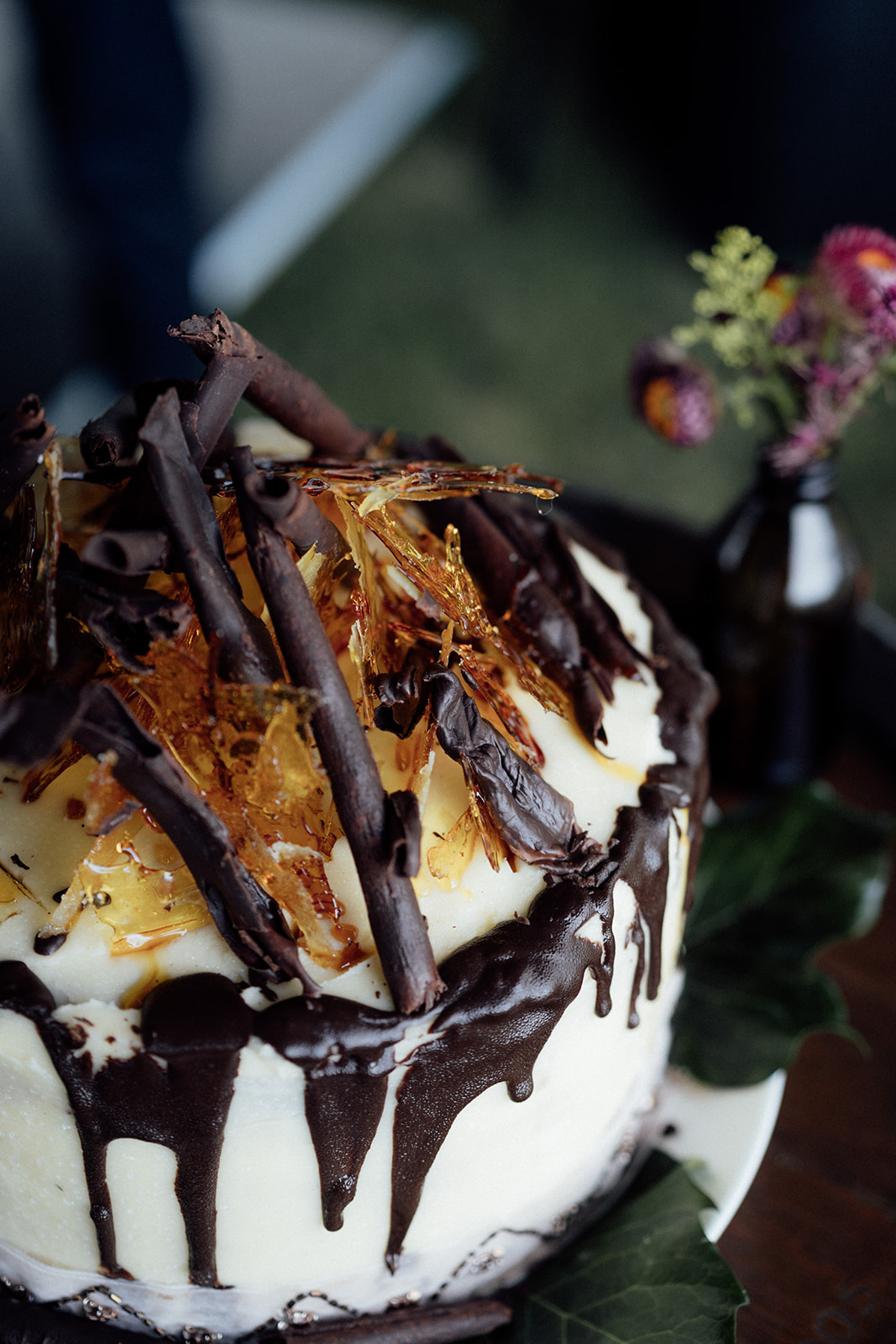 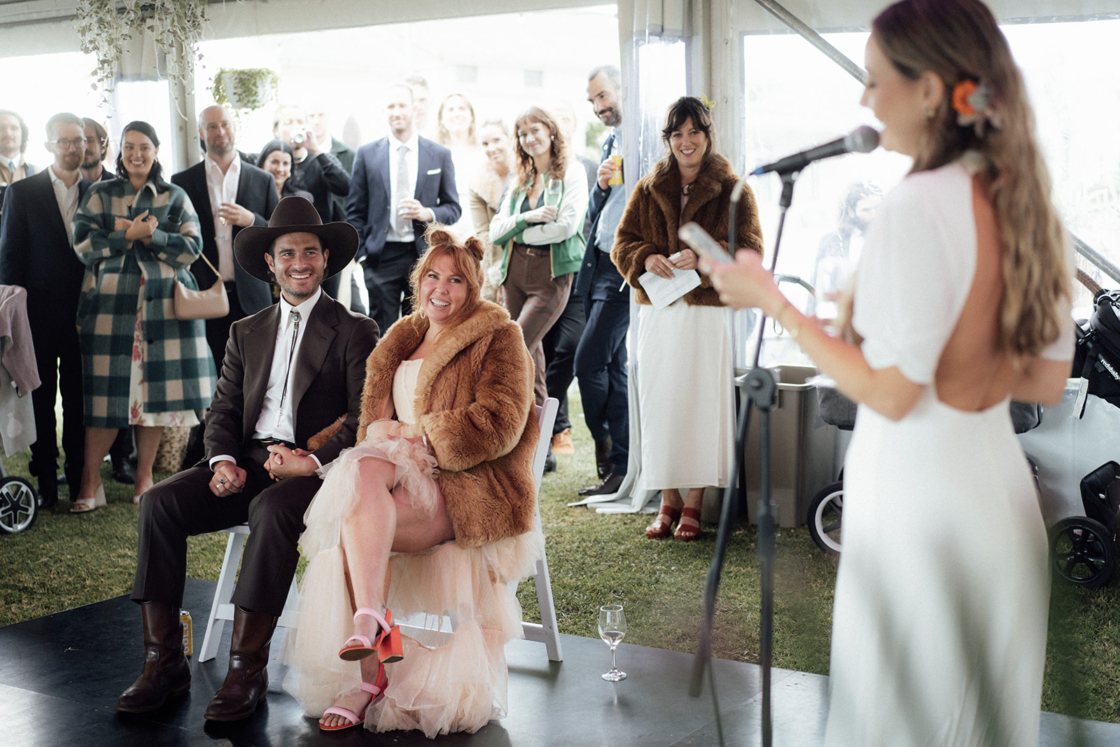 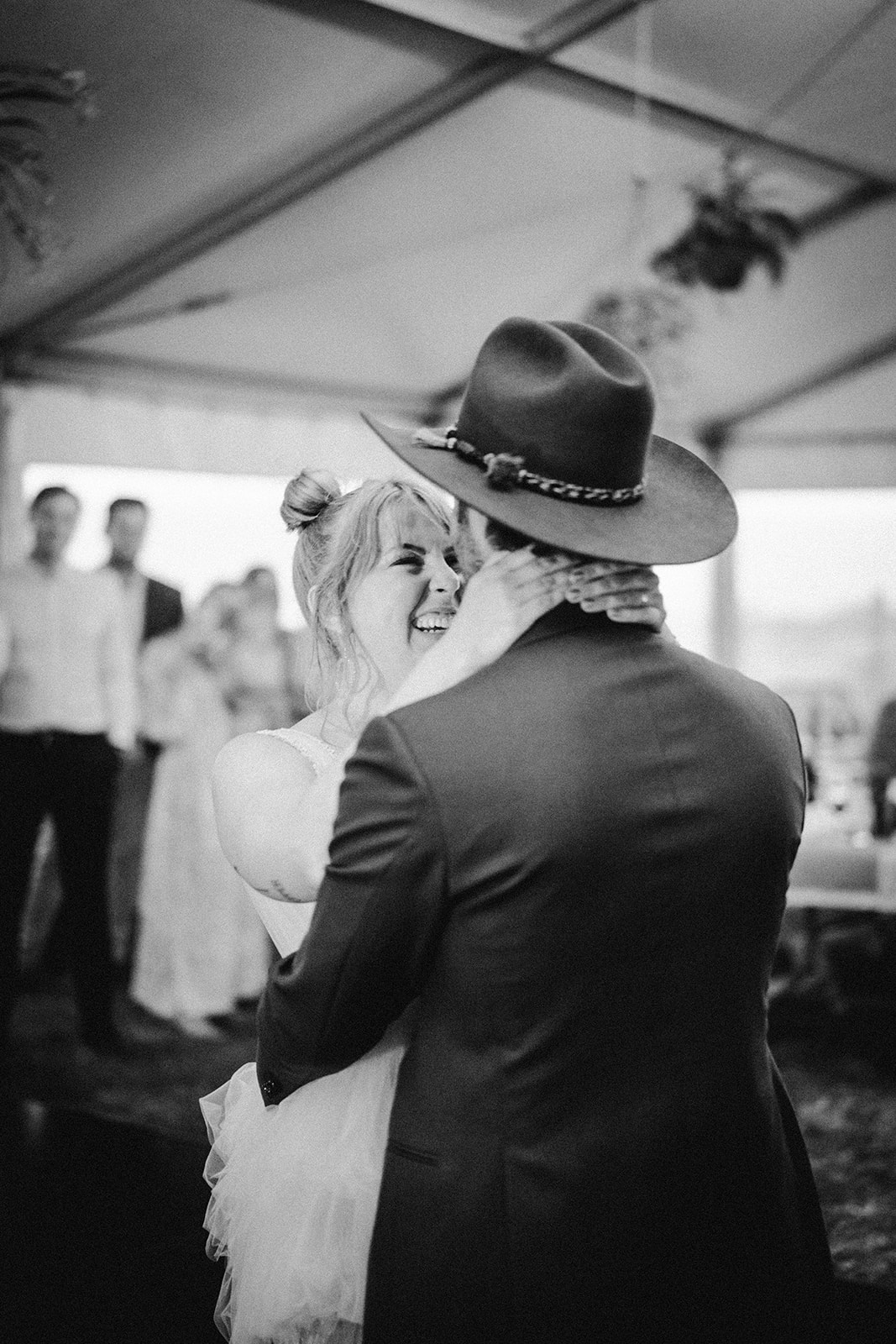 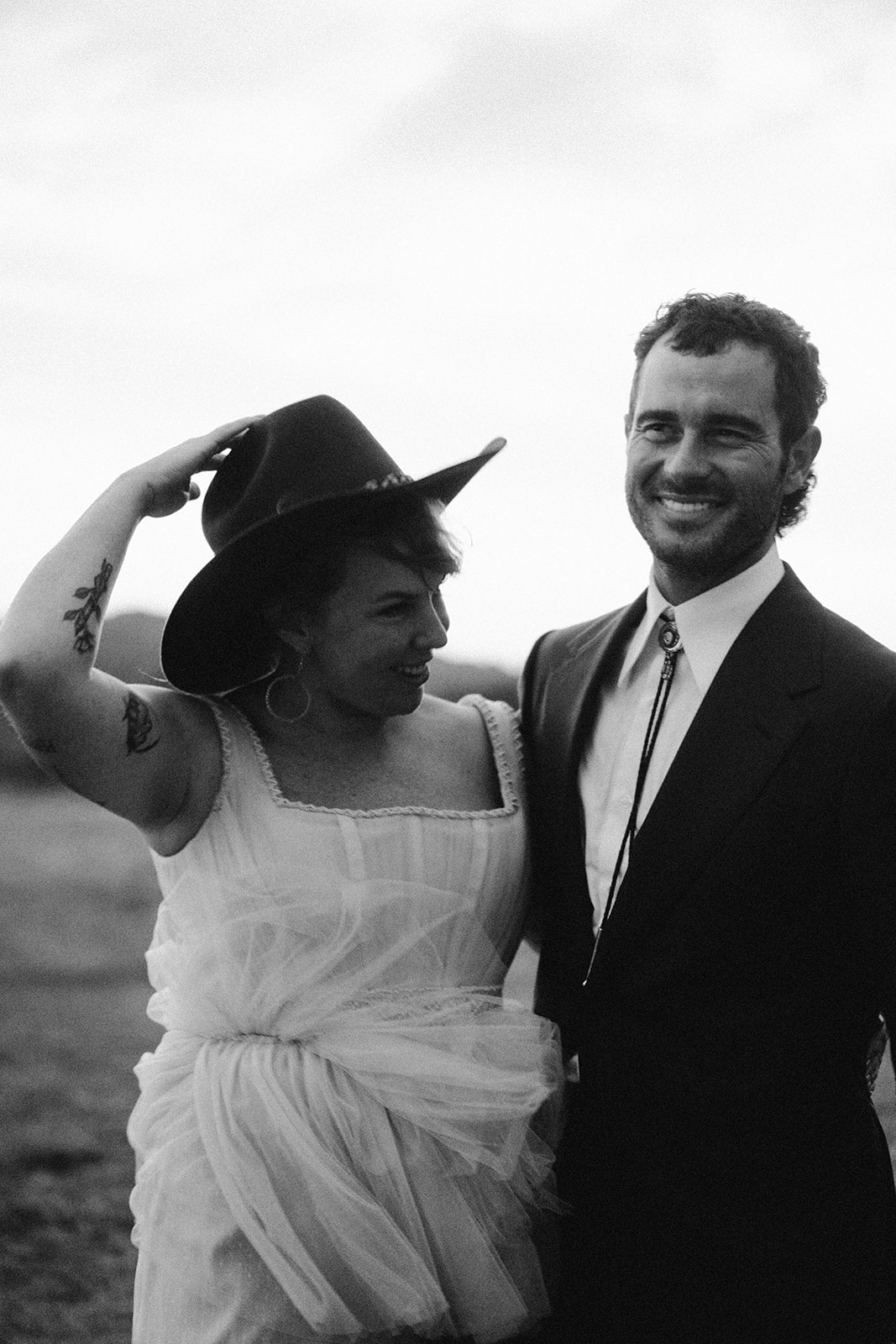 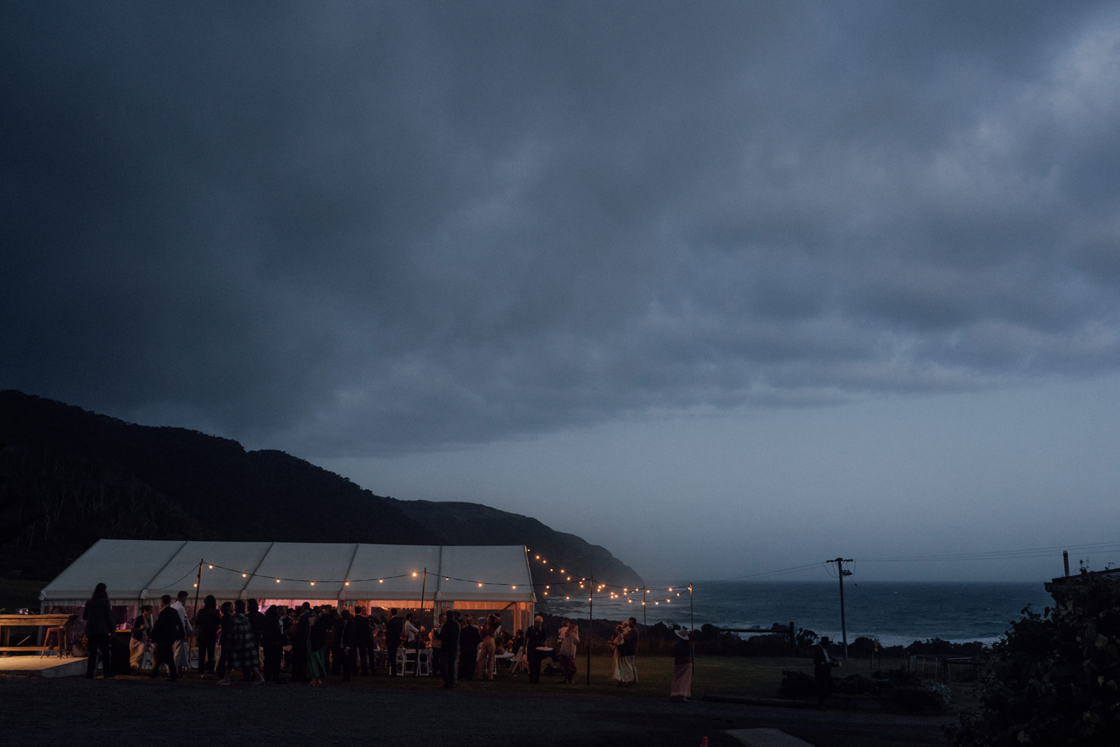