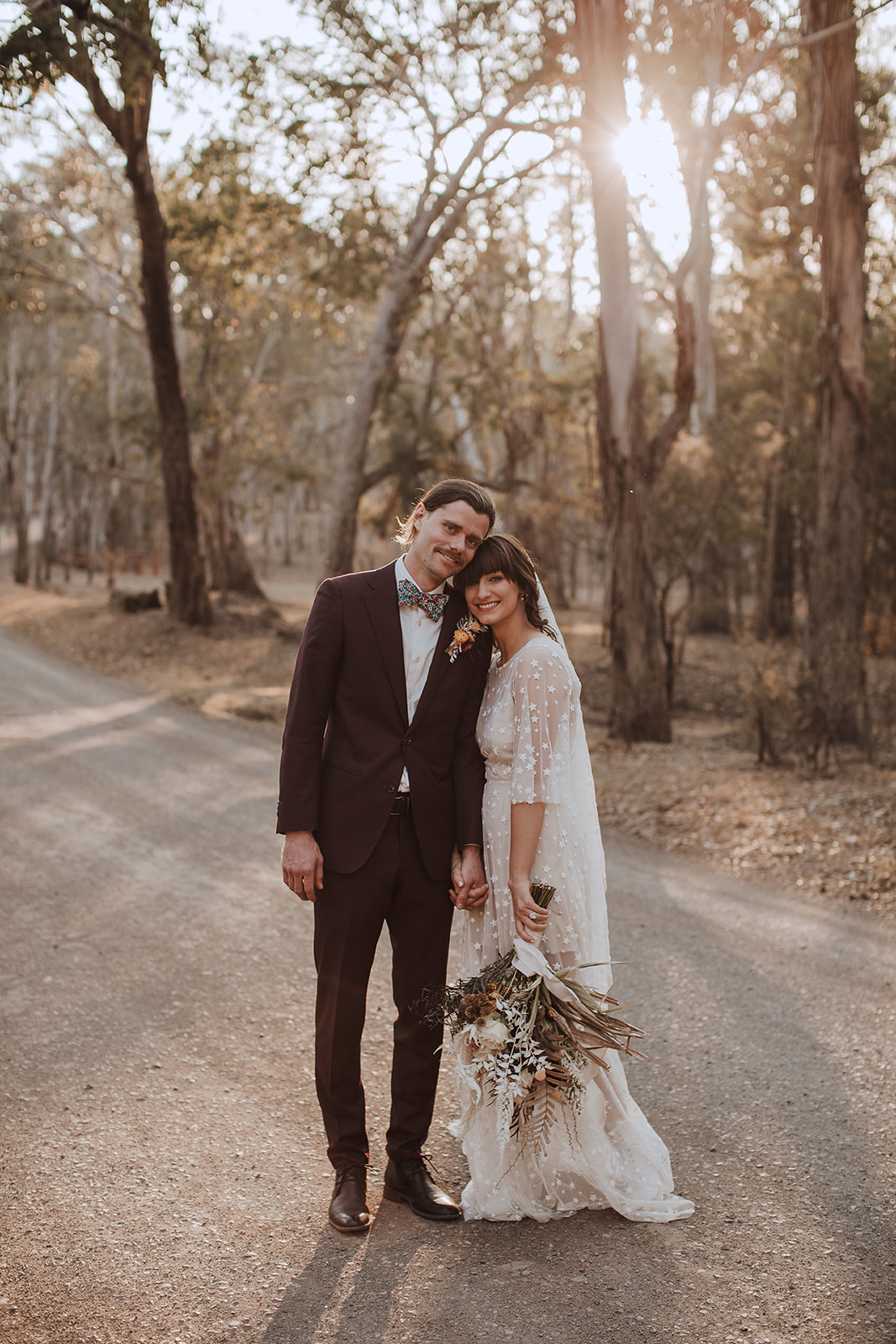 Jessie’s a graphic designer and Josh is a carpenter – so naturally, they put their talents to good use for their big day. “We tried to do as much DIY as possible – our skills combined definitely came in handy with wedding prep and creating things ourselves, which is an easy way to save those $$$!” From the stationery and signage to the doughnut hanging wall and succulent pots (we love a living wedding favour!), this crafty couple got their DIY on in a big way, making their bushland nuptials super special.

The weekend-long celebrations were held in a bloody gorgeous part of the world (hello, Aussie bushland!) and Hello May fave Shane Shepherd was there to snap all of the love and lols (including one shirtless guest on the d-floor by the end of the night!)

THE VENUE “There were a few things on our list that were really important to us, like a late/no curfew, no music volume restriction (we like to party) and accommodation for the majority of our guests, with alternative accommodation close by. These three requirements were also the trickiest things to find in venues. When it came to looking at venues in person, we had three booked in but after we visited the second venue on our list, Gordon Country Weddings, the search was over. We instantly fell in love with GC and knew it was where we wanted to be married. It ticked our major requirements, as well as many of the other boxes we had – like BYO alcohol but with bar staff included in the package, freedom to decorate ourselves and stunning locations for the ceremony and reception. You also just get certain vibes when looking at wedding venues and from the moment we arrived at Gordon Country Weddings, we instantly felt a connection and were overwhelmed with excitement that this was looking like the place we would become husband and wife.“

THE THEME “Our theme was along the lines of ‘bohemian country’. We loved the raw Australian bush scenery and the beautiful timber barn where our reception would be but wanted to bring in some warm rustic florals, both fresh and dried, soft fabrics, maroon tones and a touch of Persian style to infuse the bohemian look into the gorgeous country frame we were working with.“

THE DRESS “My dress was from Brisbane designer Jennifer Gifford and it was absolutely magical. I was instantly mesmerised when I saw myself in her Celeste overlay dress, covered in delicate embroidered  stars – I fell in love as she brought out a matching veil she had made for a runway show. The veil had two attaching points with stars on the end to be placed on either side of the head to form a cowlick as it draped down. It completed the dress so beautifully and I loved how unique the whole look was. The only thing that I was hesitant about was that I really wanted to have a short underlay. I had seen another bride of Jennifer’s had done a similar thing and knew this would complete the look I was after. Unfortunately she didn’t have a short underlay for me to try on and I found it really difficult to find a nude slip dress. It was also a sample dress that she was discontinuing, so I was a little worried someone else would snap it up while I was trying to find an underlay. I went back and tried it on with shape wear, but it still wasn’t right. I was so torn but I decided to take the leap and bought the Celeste, thinking I would organise the underlay later and knowing this style felt totally me. Little did I know I wouldn’t be trying on my full wedding outfit until the day of my wedding! I had the underlay made but it was heavily delayed, arriving just in time before we left for Gordon Country for the wedding. My gown was being stored at a family member’s, but there was no time for me to go and try it on together. I just told myself it was going to all work out and thankfully it did.”

FAVE DETAILS “Our flowers, by Florasaura Flowers, were without a doubt the showstopper. I was blown away by what Perye had created and it was such a special moment seeing them for the first time on the day. We also loved the feasting style for dinner that we chose. We both come from large families so it felt natural to serve dinner as it is in our household and gave something our guests could engage in. The food (by Gordon Country Weddings) was also unbelievable and everyone loved that they had so many options to choose from, instead of the wedding standard steak and chicken alternate drop.”

RESOURCES “We didn’t have that many vendors to source and utilised people we knew as much as we could. Our venue and celebrant were found through the brilliance of social media. Shane Shepherd, our amazing photographer, was found through Hello May actually, so thank you for that one! Josh’s incredibly talented cousin, Perye from Florasaura Flowers, was our florist and we were lucky enough to have a DJ and hair and makeup artists amongst our close friends. Everything else was taken care of through our venue or Josh and I did it ourselves.”

MEMORABLE MOMENT “It’s hard to pick standout moments because the whole weekend was just so spectacular, however, I will say that our speeches were absolutely knock-out. We had them as soon as we arrived into the reception to get them done and dusted. Everyone spoke the most thoughtful, genuine, hilarious words that touched Josh and I, along with all our guests. There wasn’t a dry eye in the house by the end.”

LILTTE LOL “A standout hilarious moment was probably my brother-in-law firing up the dance floor with his moves and getting his kit off – well, just his shirt, but it was enough to draw everyone’s attention. With the photos on socials later, someone later told me they thought we’d hired a stripper for our wedding…”

WE’RE GLAD WE… “We knew from the start we wanted our wedding to be a weekend affair and having everyone arrive for our bonfire bbq the night before was something we absolutely loved. It was so great to see everyone who didn’t know each other start chatting and gave Josh and I a chance to get around to everyone and say hello. I didn’t want a huge chunk of time on the wedding day spent trying to get around to everyone, I just wanted to be in the moment soaking up all the excitement and love. Having the day before for everyone to arrive and get settled paved the way for the relaxed and fun vibe we wanted. Also, having our very close friend DJ Xavi Xavi there really kicked off the party dance floor, which we are all about. We love music and know how important it is to set the tone of the night and keep it going until the a.m. I’ve been to lots of wedding were it’s just a playlist, which is totally fine until other guests think it’s okay to skip and change the music, which always absolutely kills the dance floor. I knew if we couldn’t afford a band then we had to have a DJ to keep that dance floor burning.”

STANDOUT VENDORS “Perye, of Florasaura Flowers, and Shane Shepherd were the MVPs of the day. Perye, was a dream to work with. She was so accommodating in making sure we had the florals we wanted within the budget we had. She worked tirelessly, both the day prior and the day of the wedding, creating the flowers of my dreams. It was such a special moment seeing the florals on the day, we were blown away. We also didn’t have an exorbitant amount of other decorative pieces, so for us the flowers were such an important part of the styling. She brought our vision to life and ingeniously utilised the florals from the ceremony in with the reception styling. She’s a rockstar! Shane, our photographer, was the other star of the whole wedding process. Josh and I really wanted someone we could feel comfortable with, could give good direction but not so much that the shots became posed, and someone who we overall just connected with. We were so lucky to find all those things in Shane Shepherd. He made the process a total breeze and was more than happy to give guidance on other wedding elements that I was struggling with. When it came to the big day, Josh and I, along with our guests, were blow away by how much he connected with everyone like he was an old friend. He was completely inconspicuous when he needed to be and elevated the vibe when we were off taking photos so it just felt like we were having our own little party. Having had the most magical day and knowing how comfortable he made us feel, we knew our photos were going to be out of this world… and they did not disappoint. Shane, you absolute legend!”

Honestly, guys, Jessie and Josh are not wrong – Shane Shepherd is a heckin’ legend, and if you’re looking for a  local lens man who delivers the goods, definitely head over to his directory listing and give him a shout. 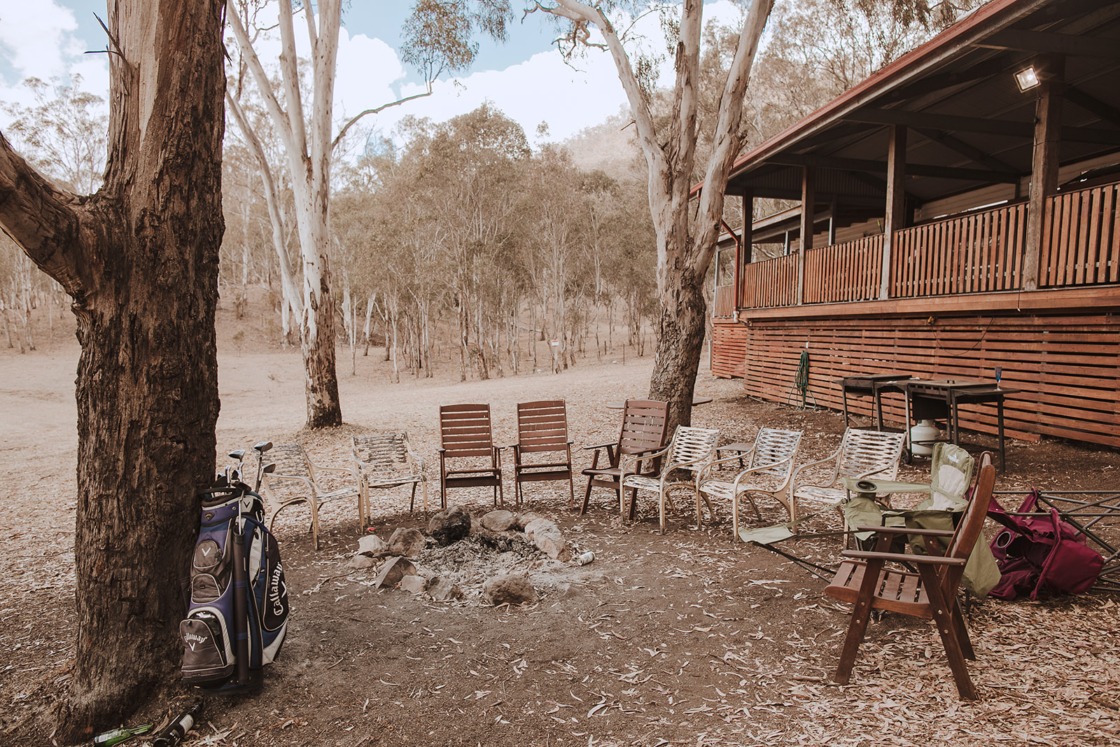 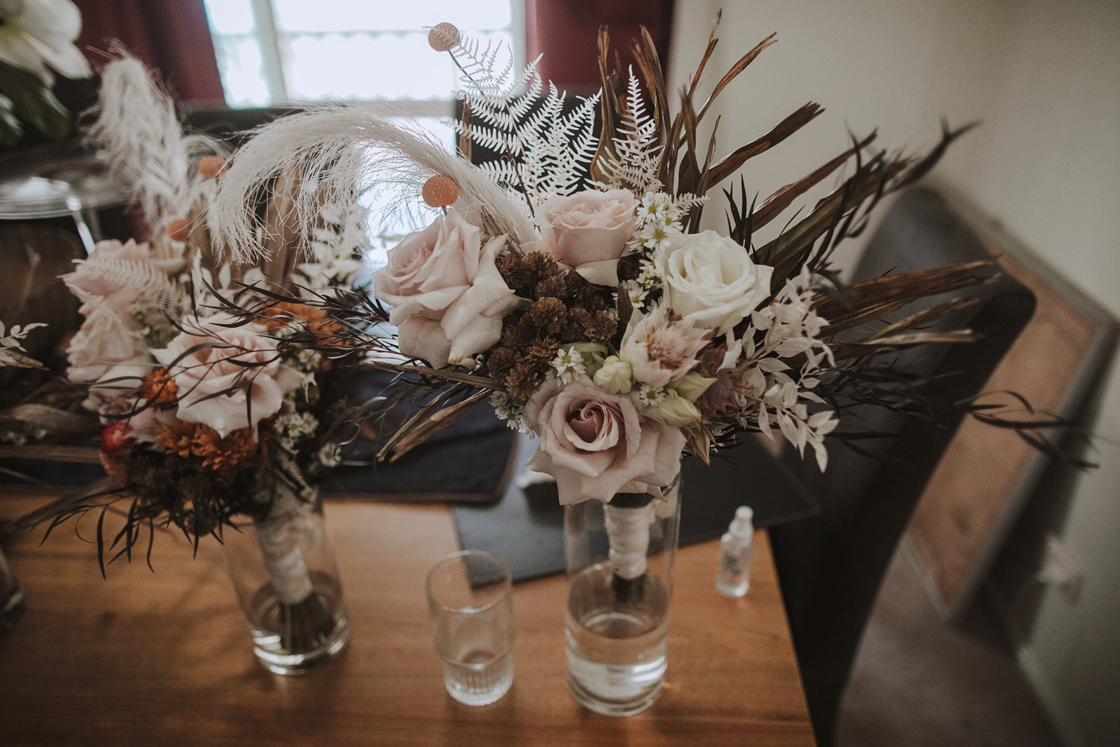 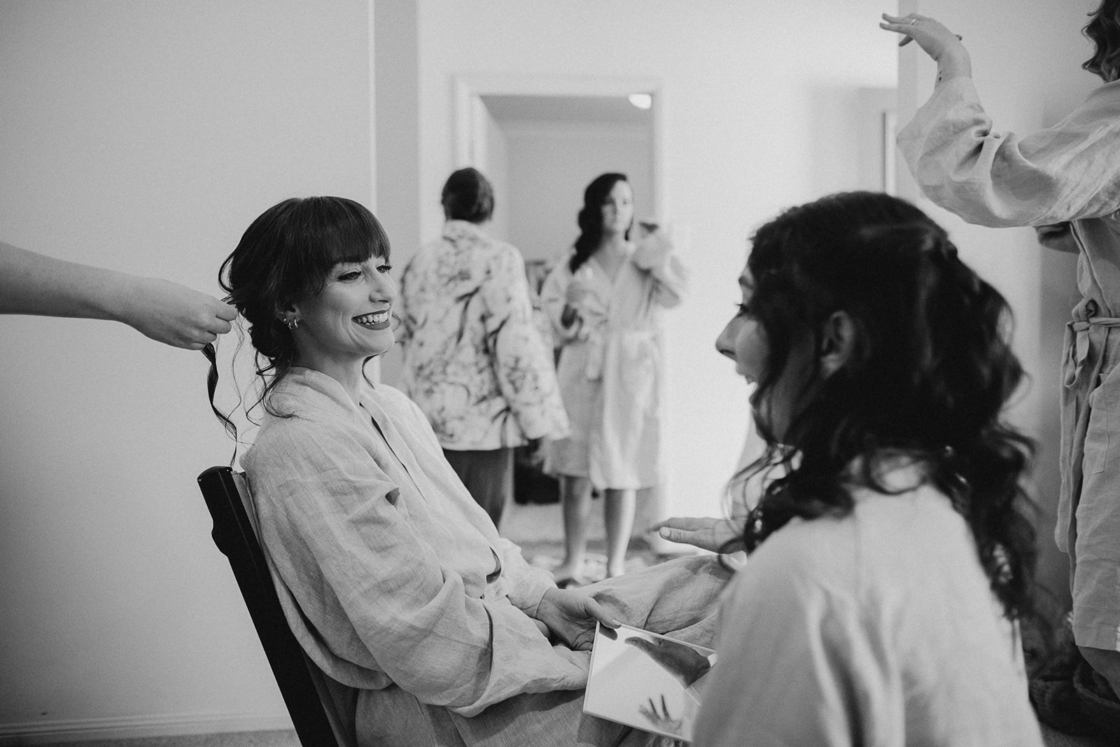 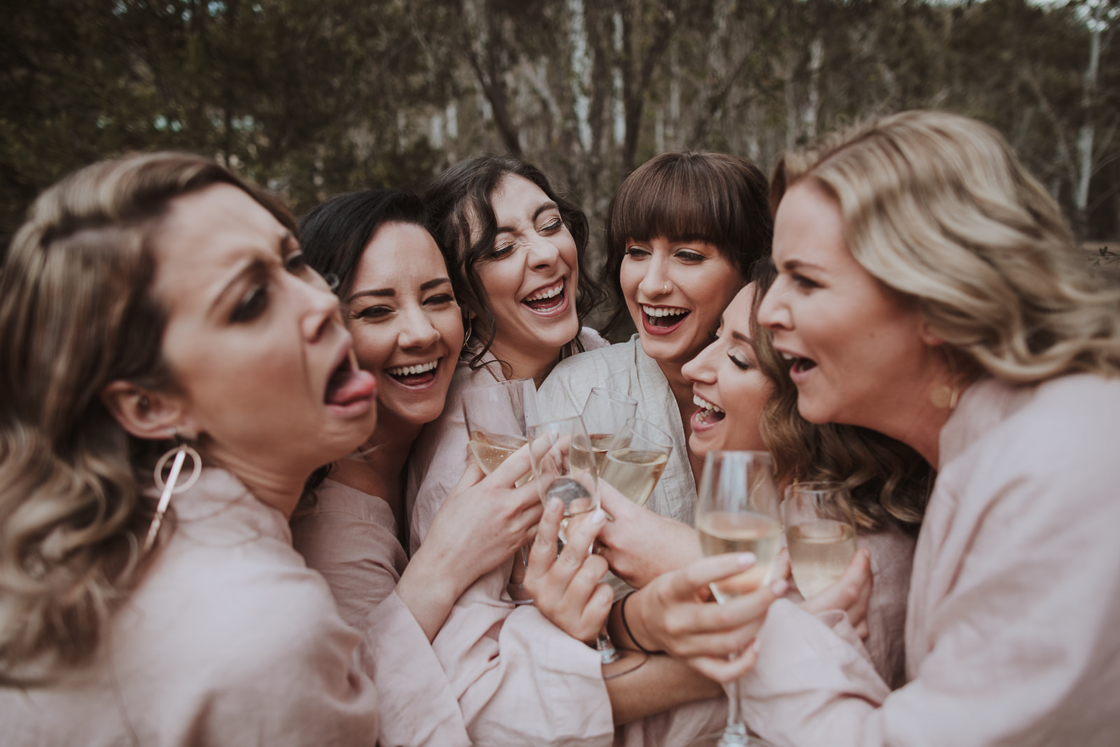 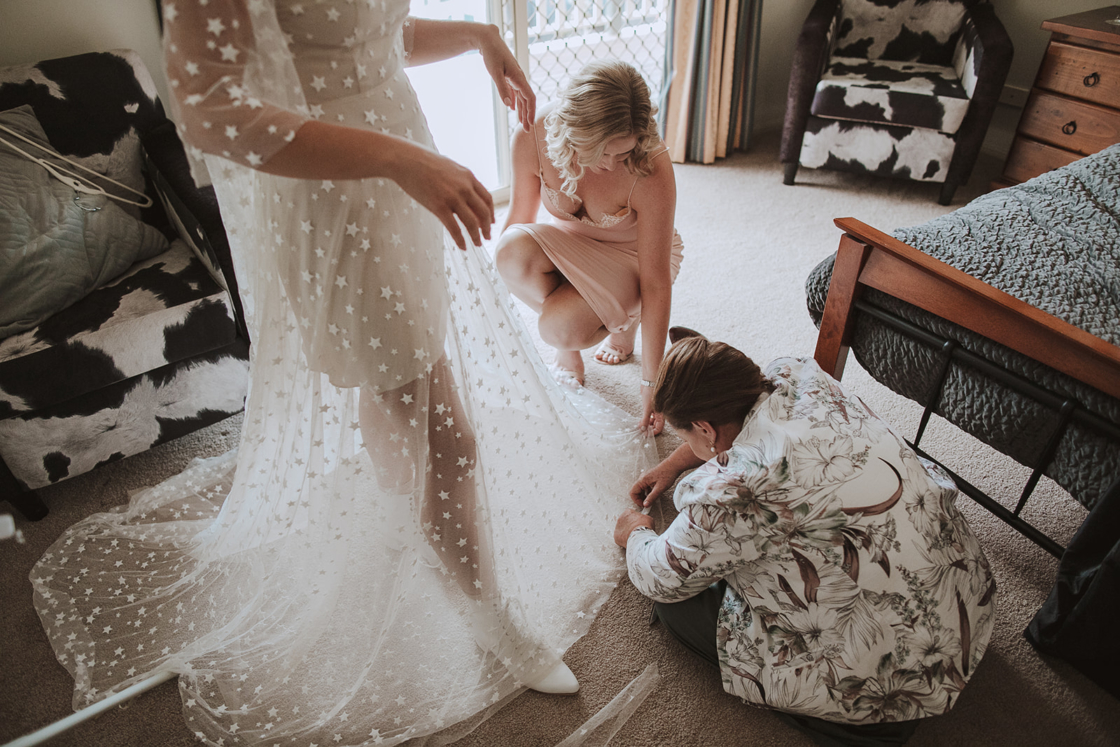 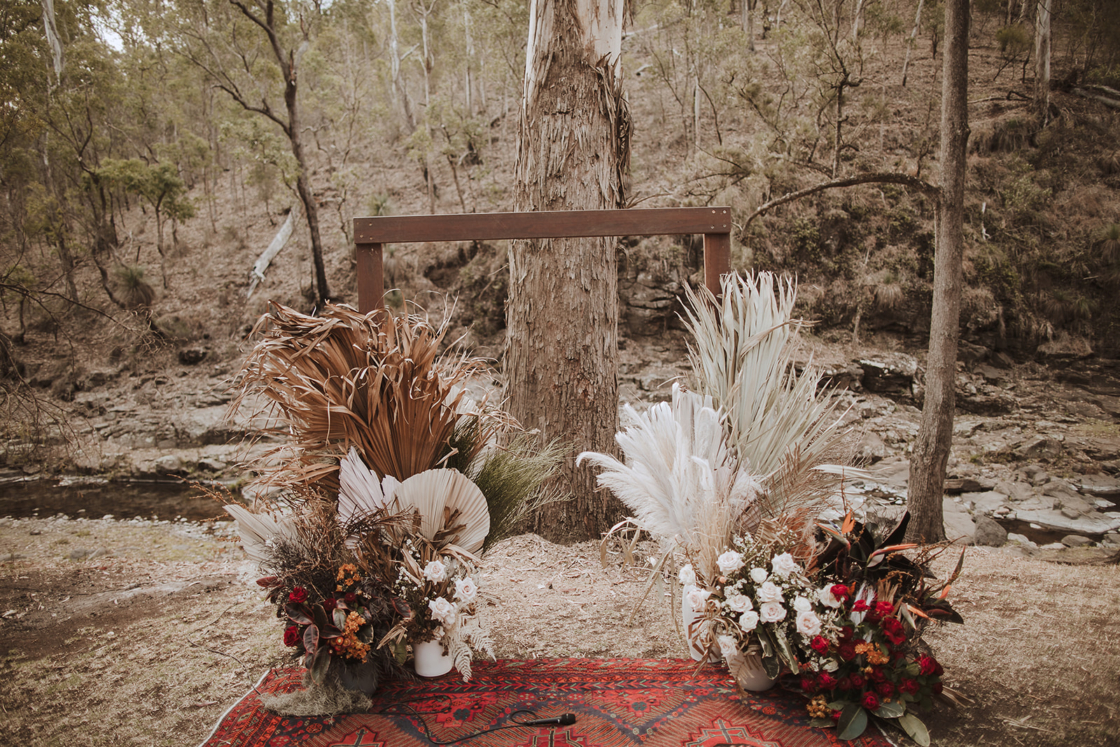 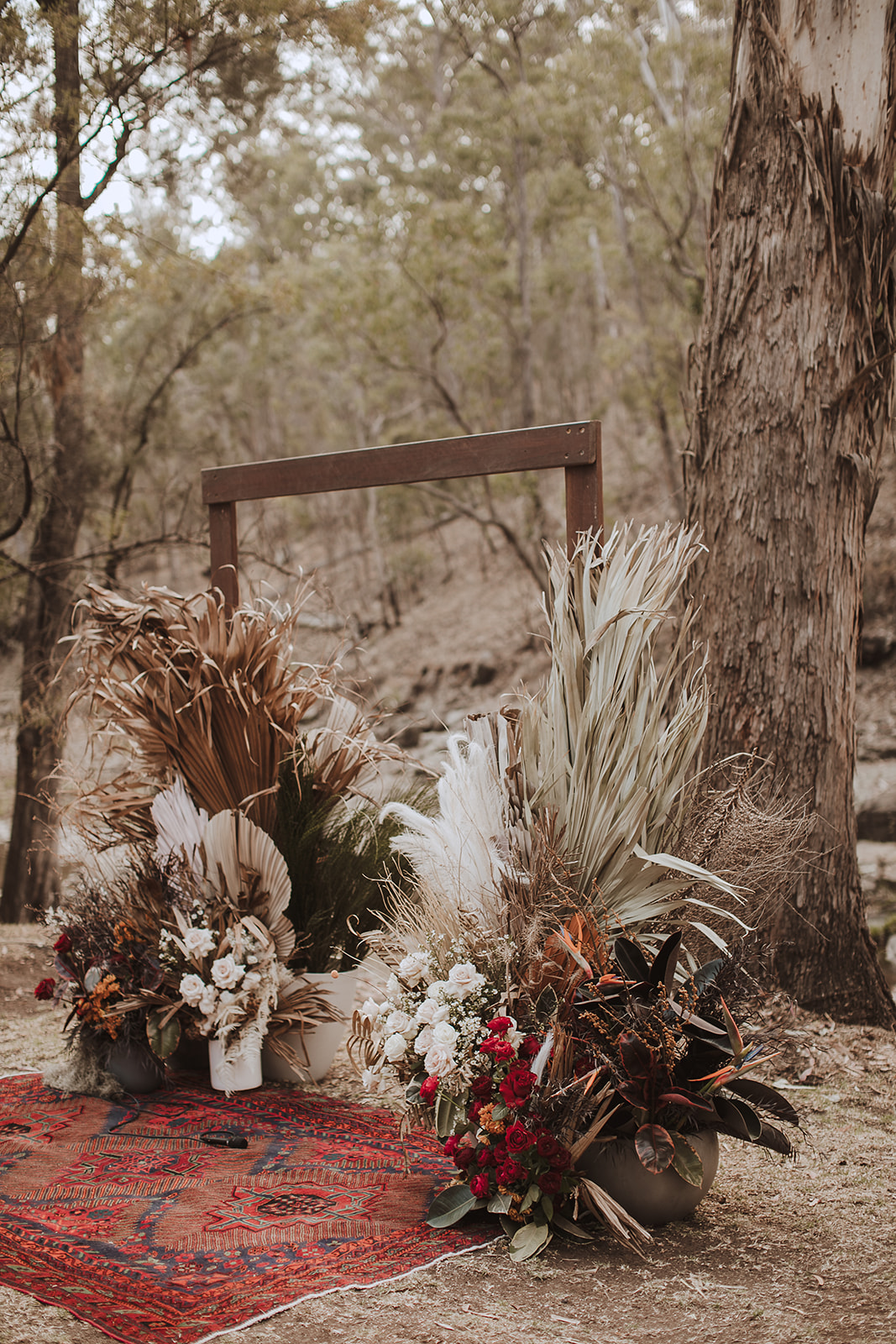 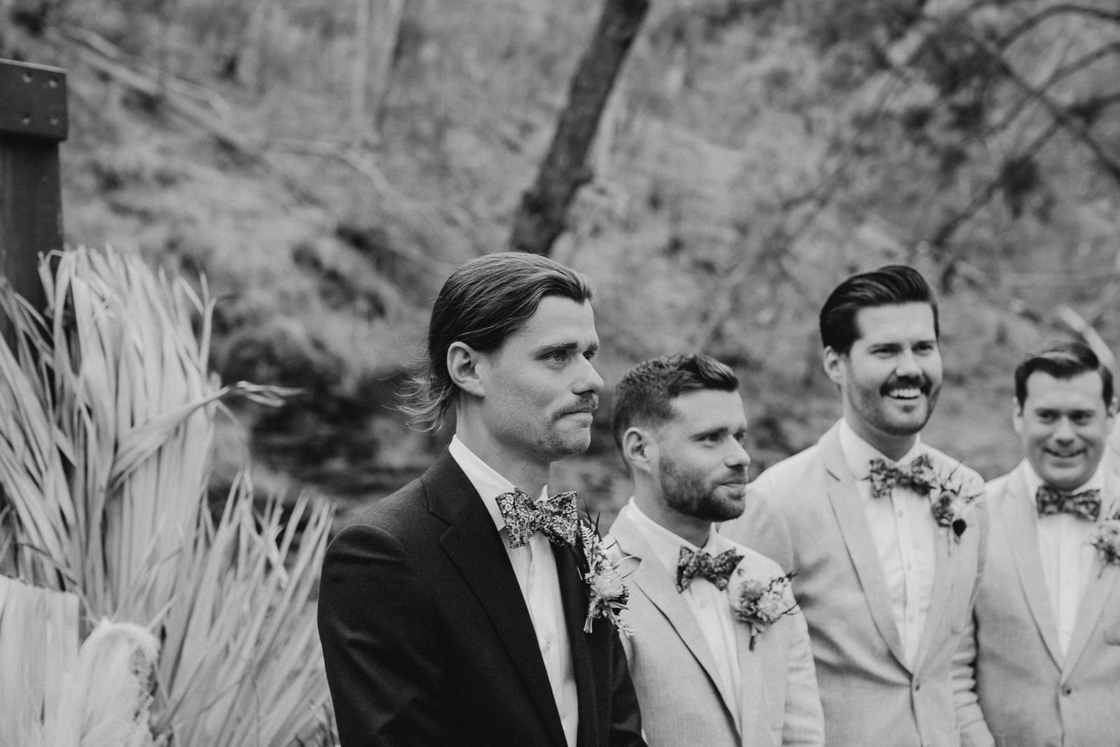 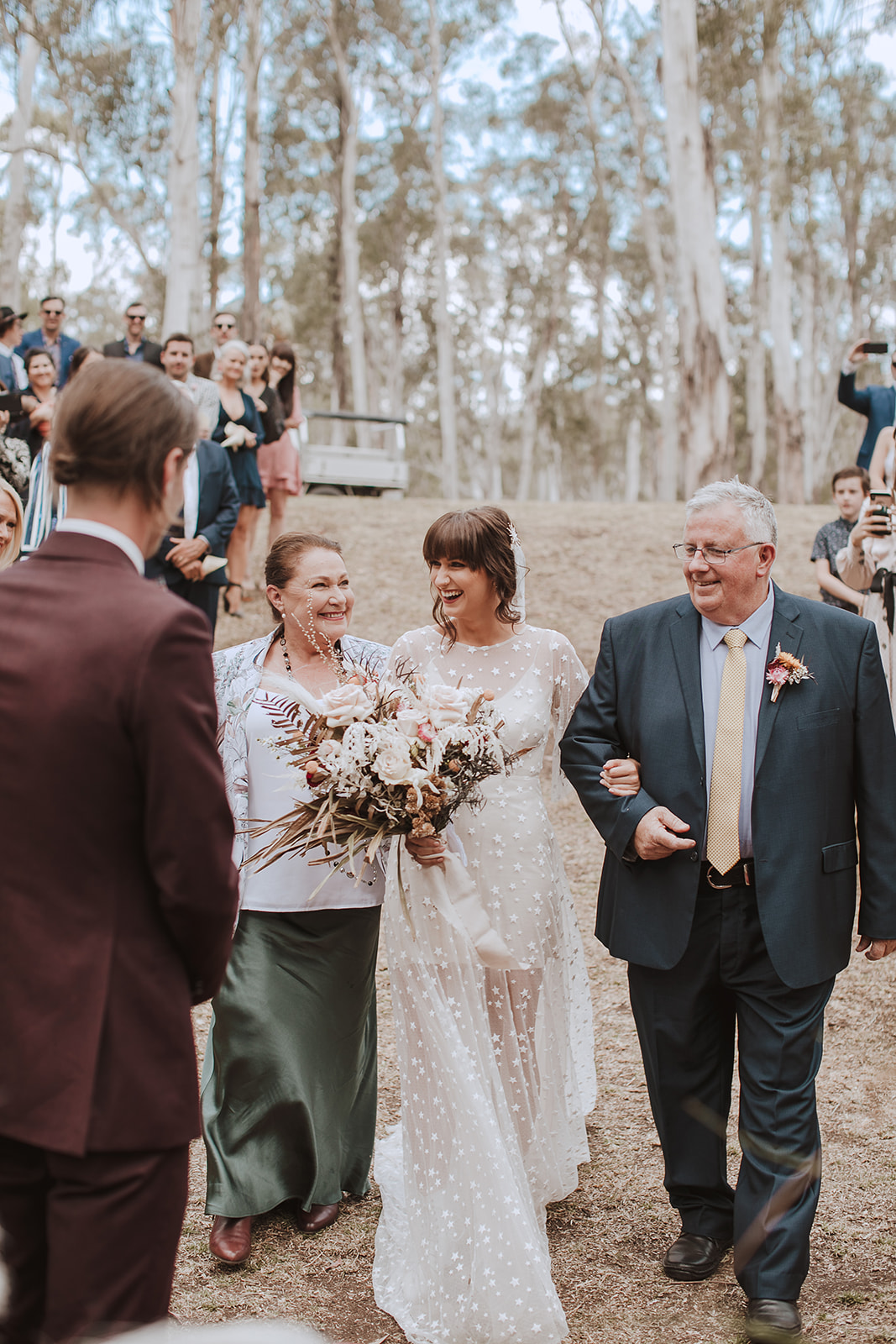 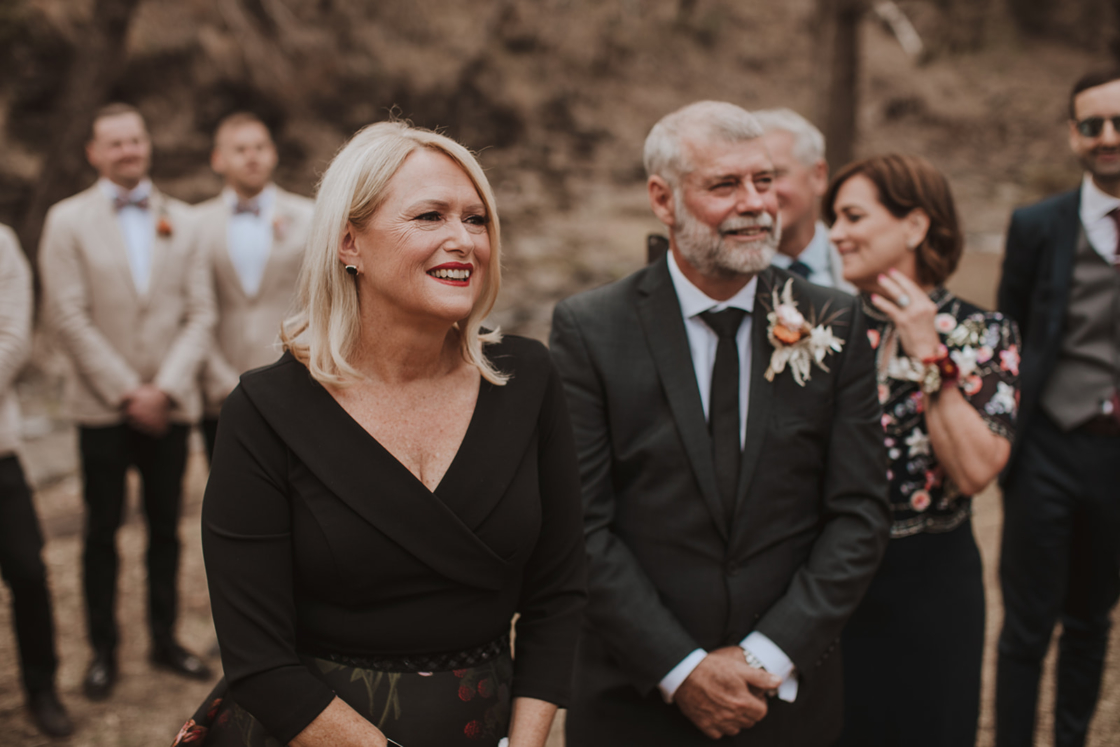 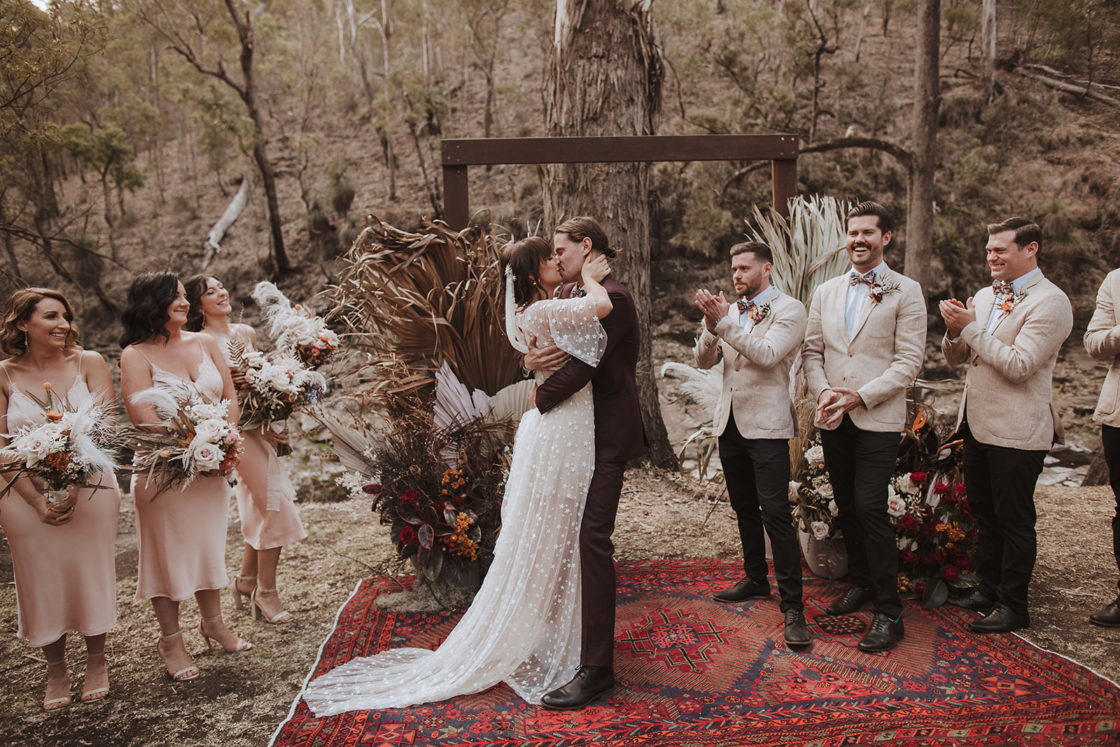 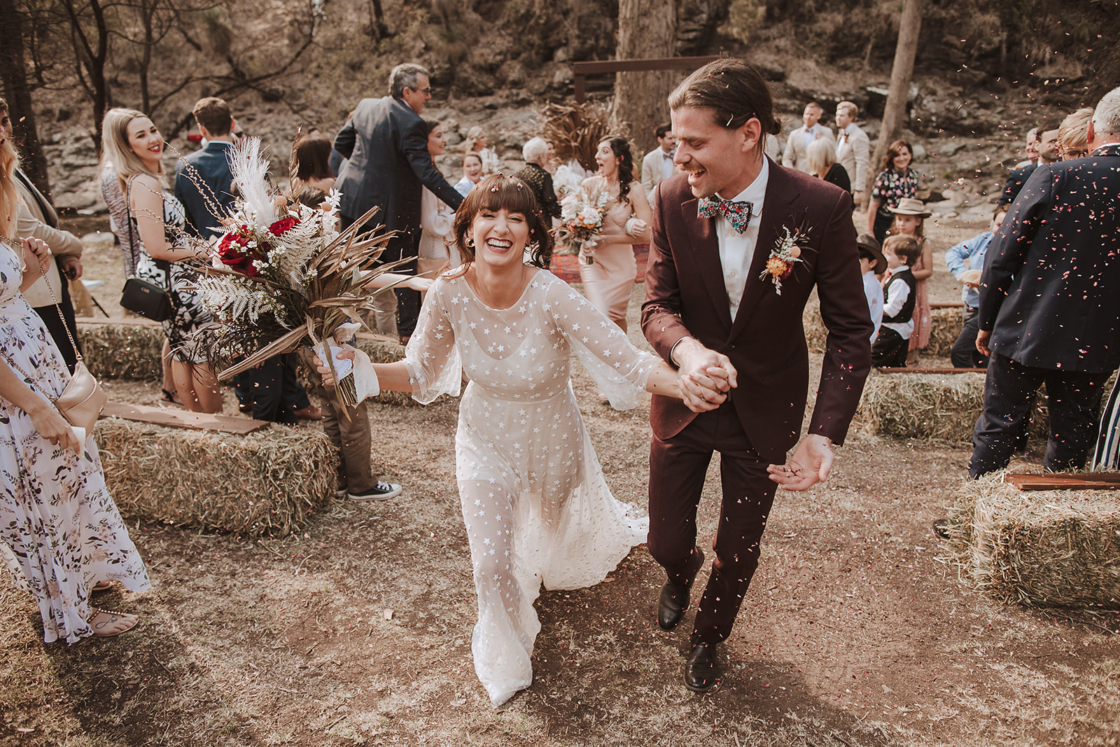 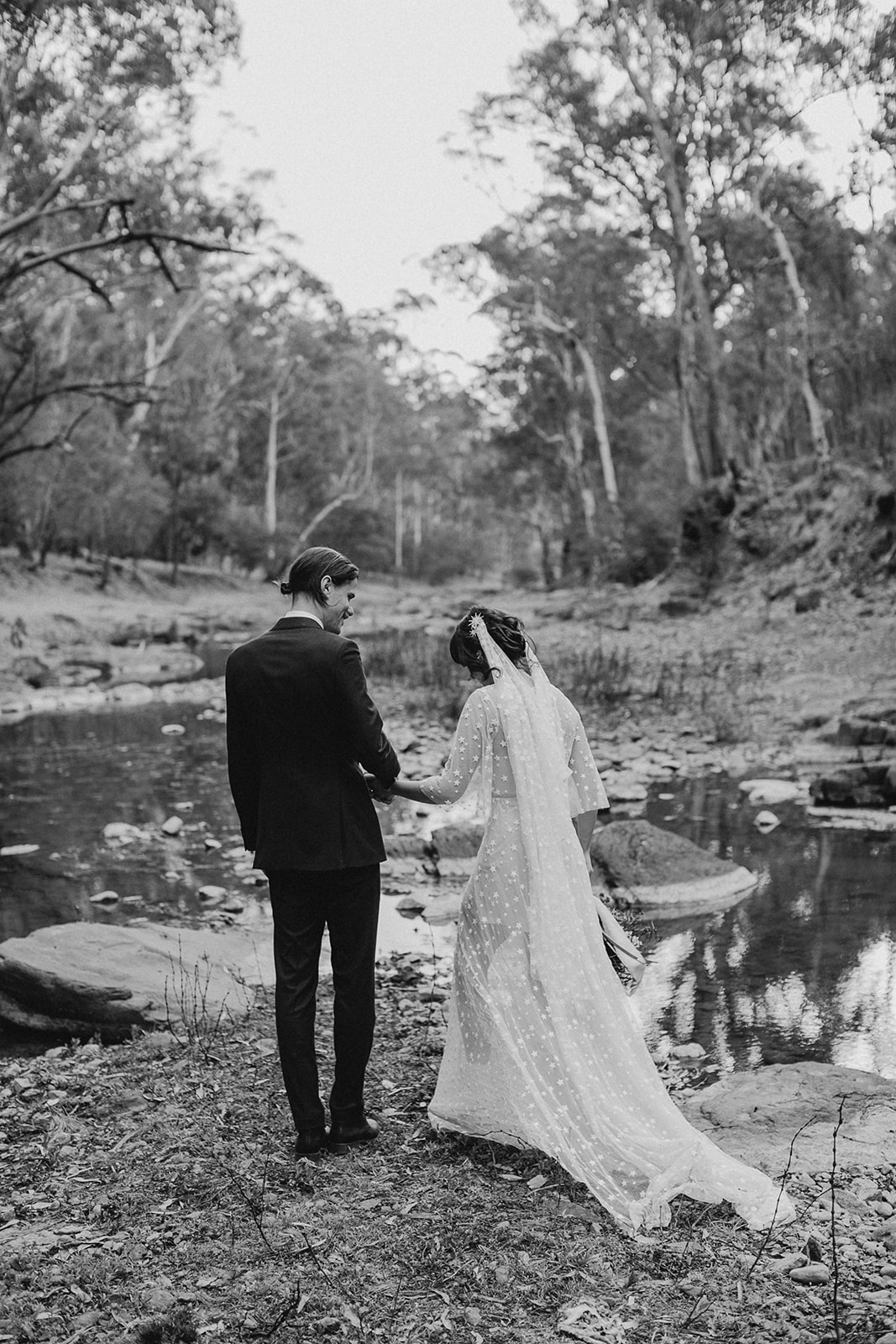 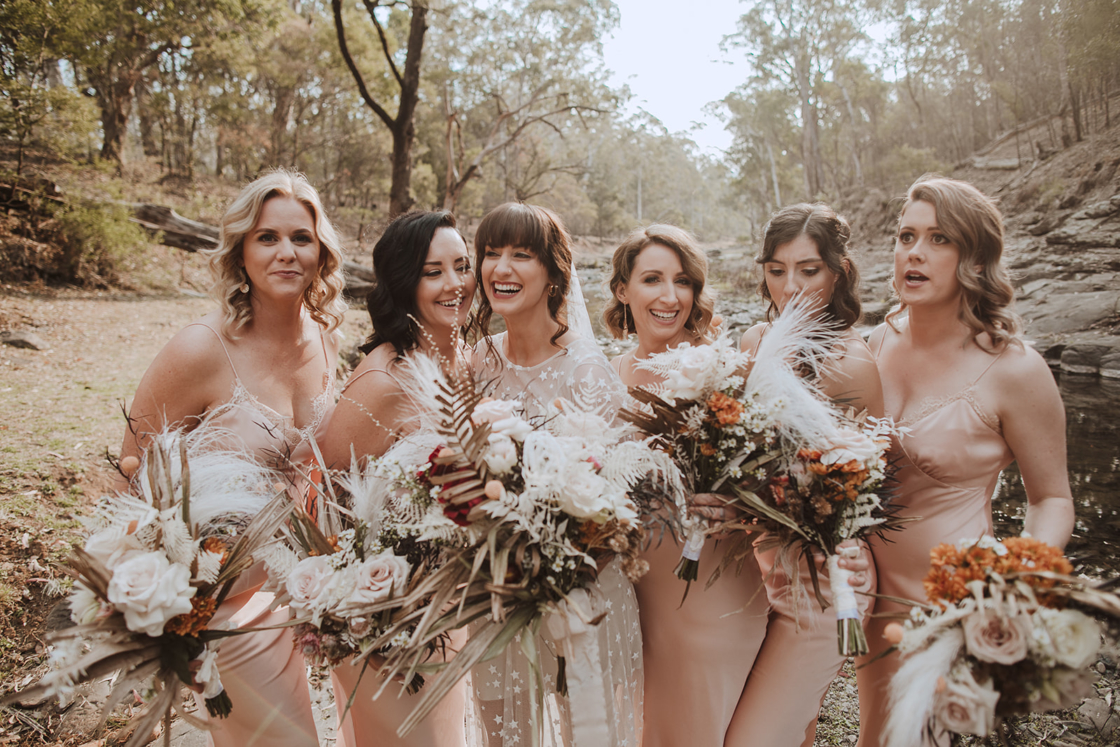 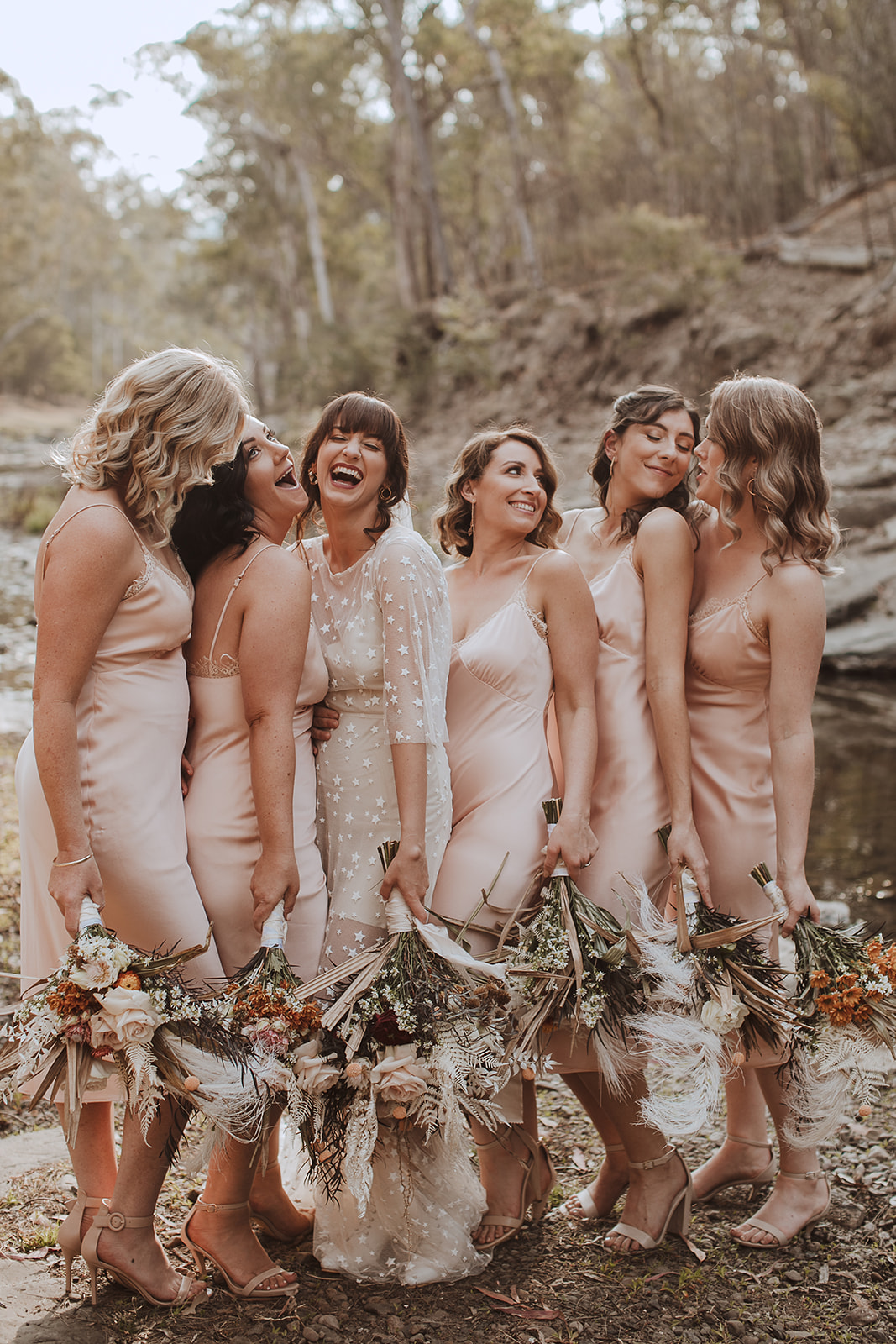 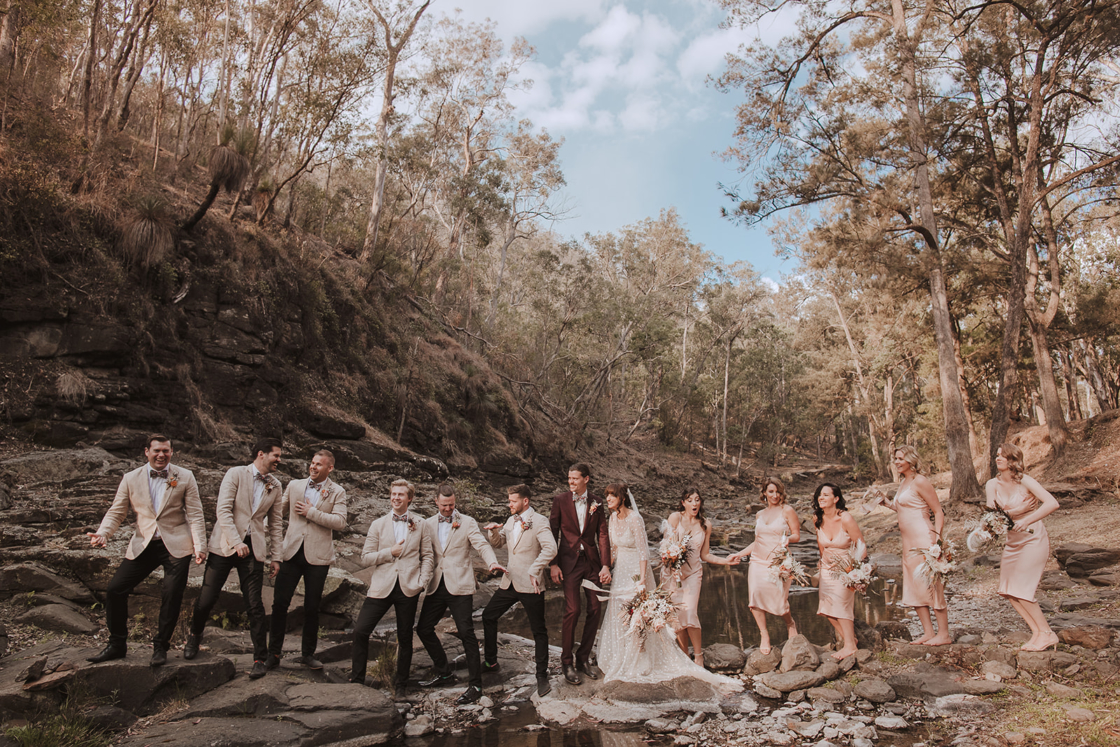 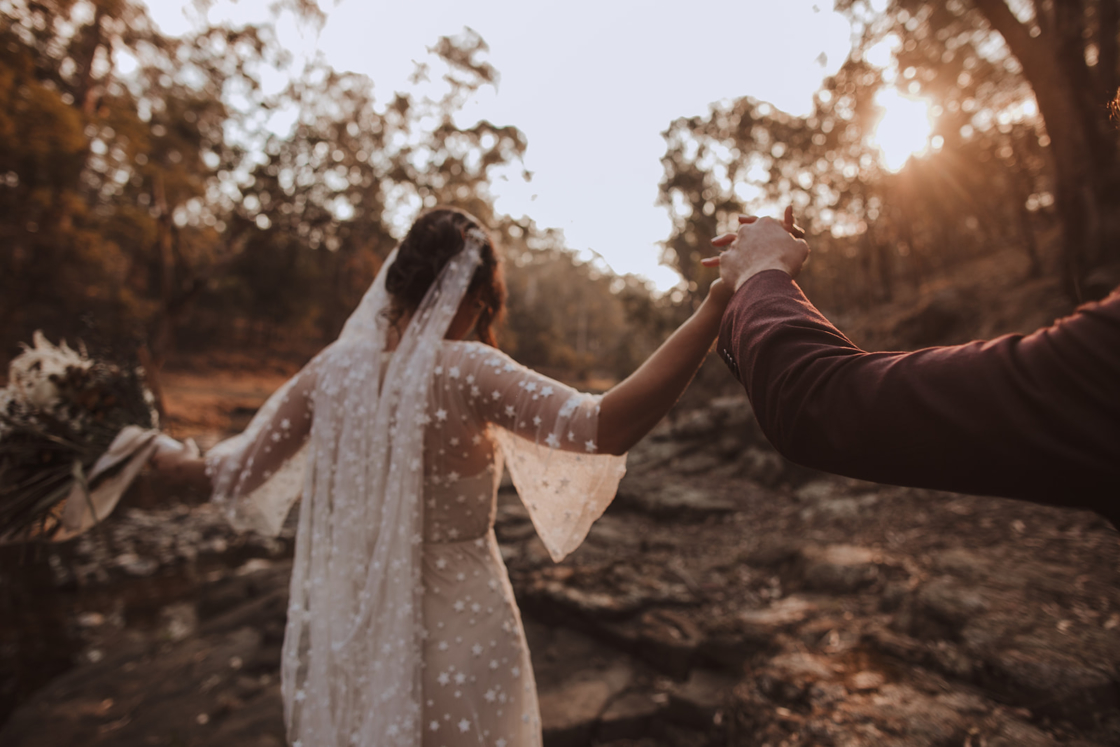 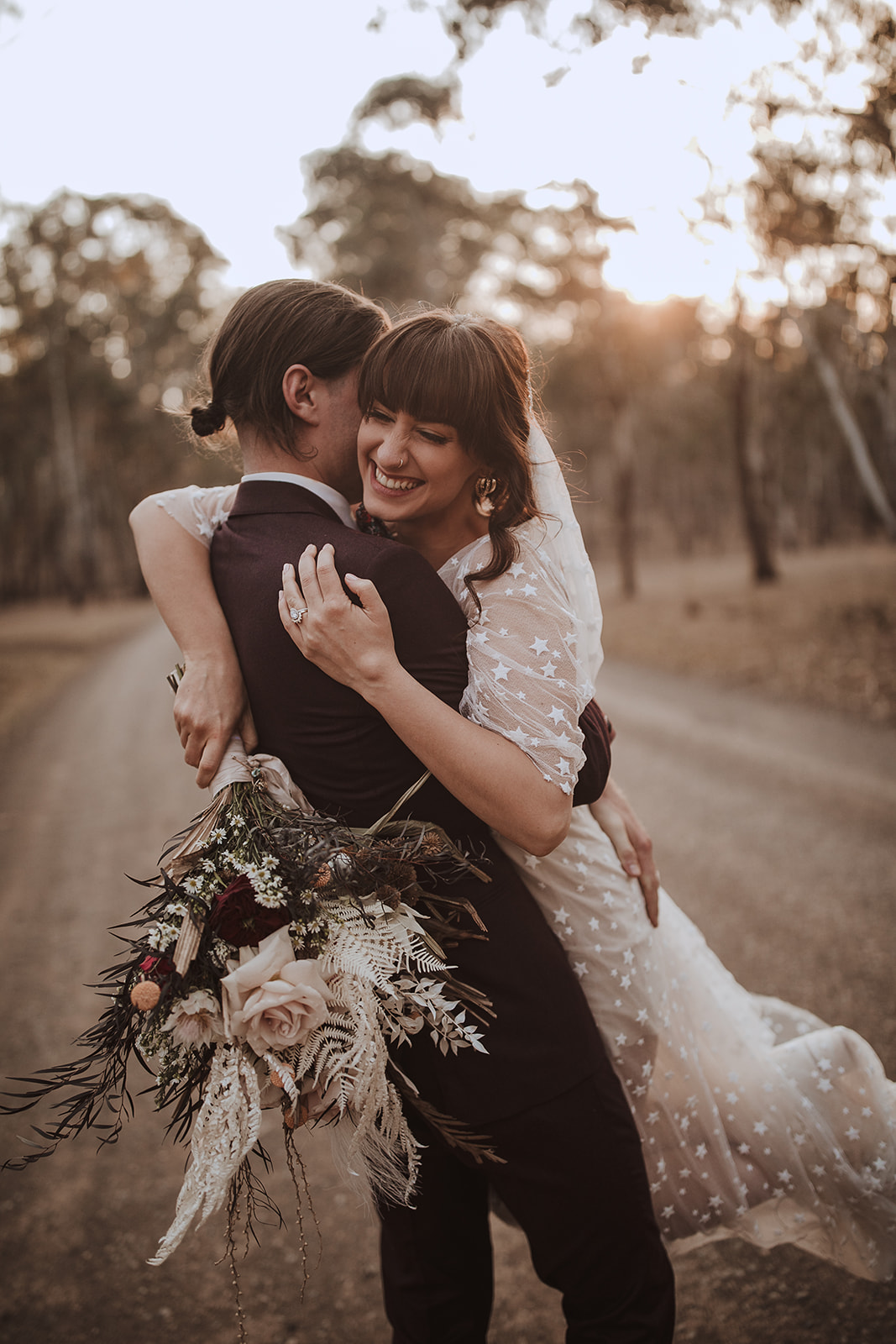 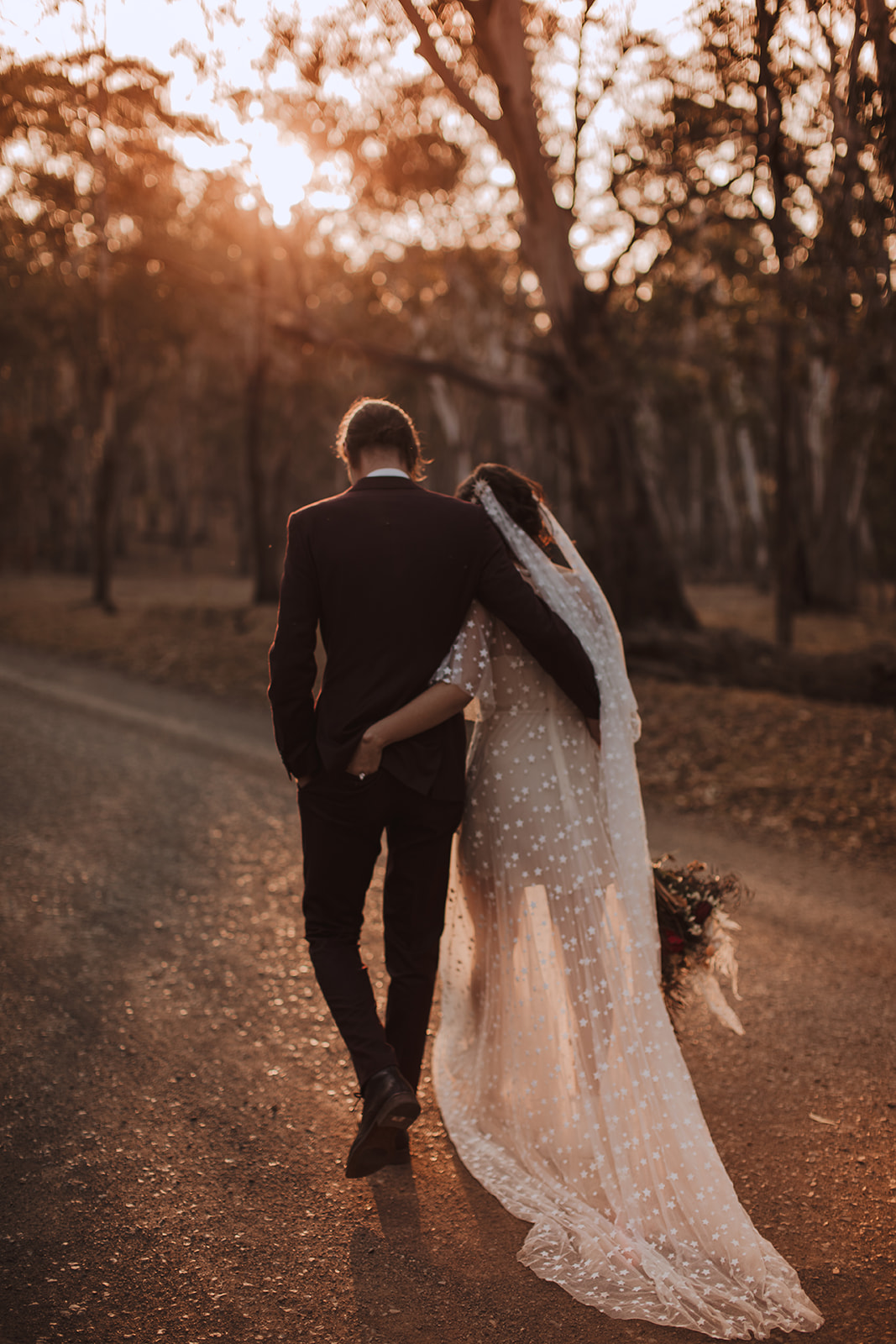 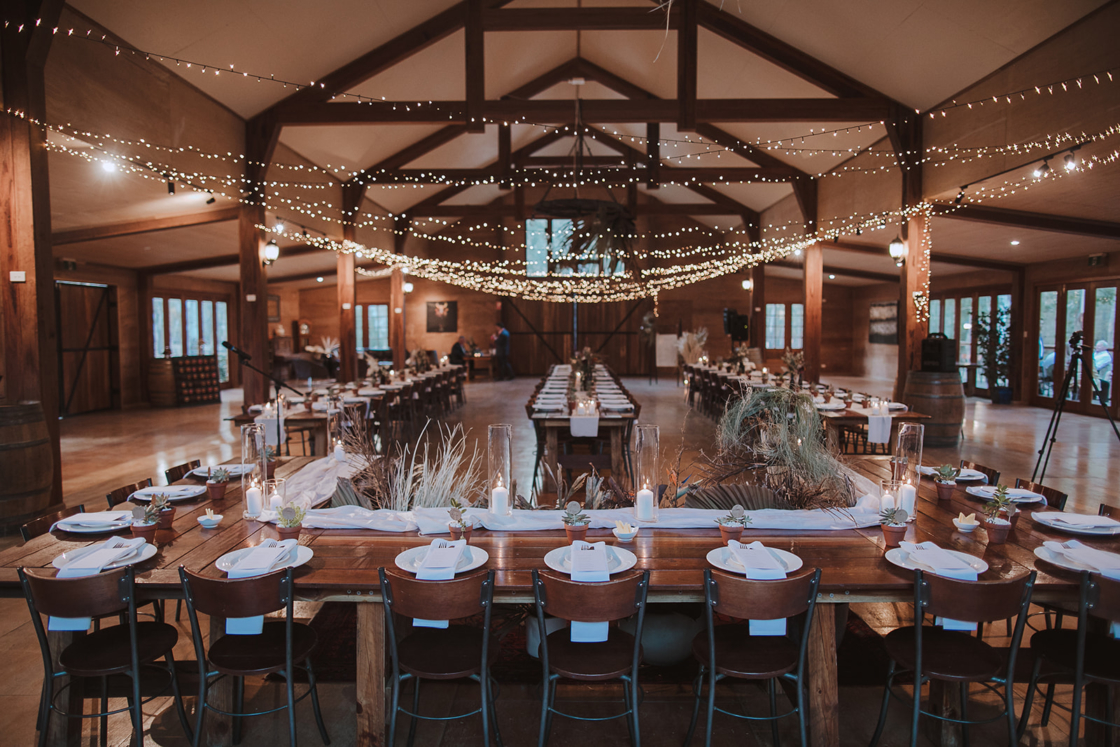 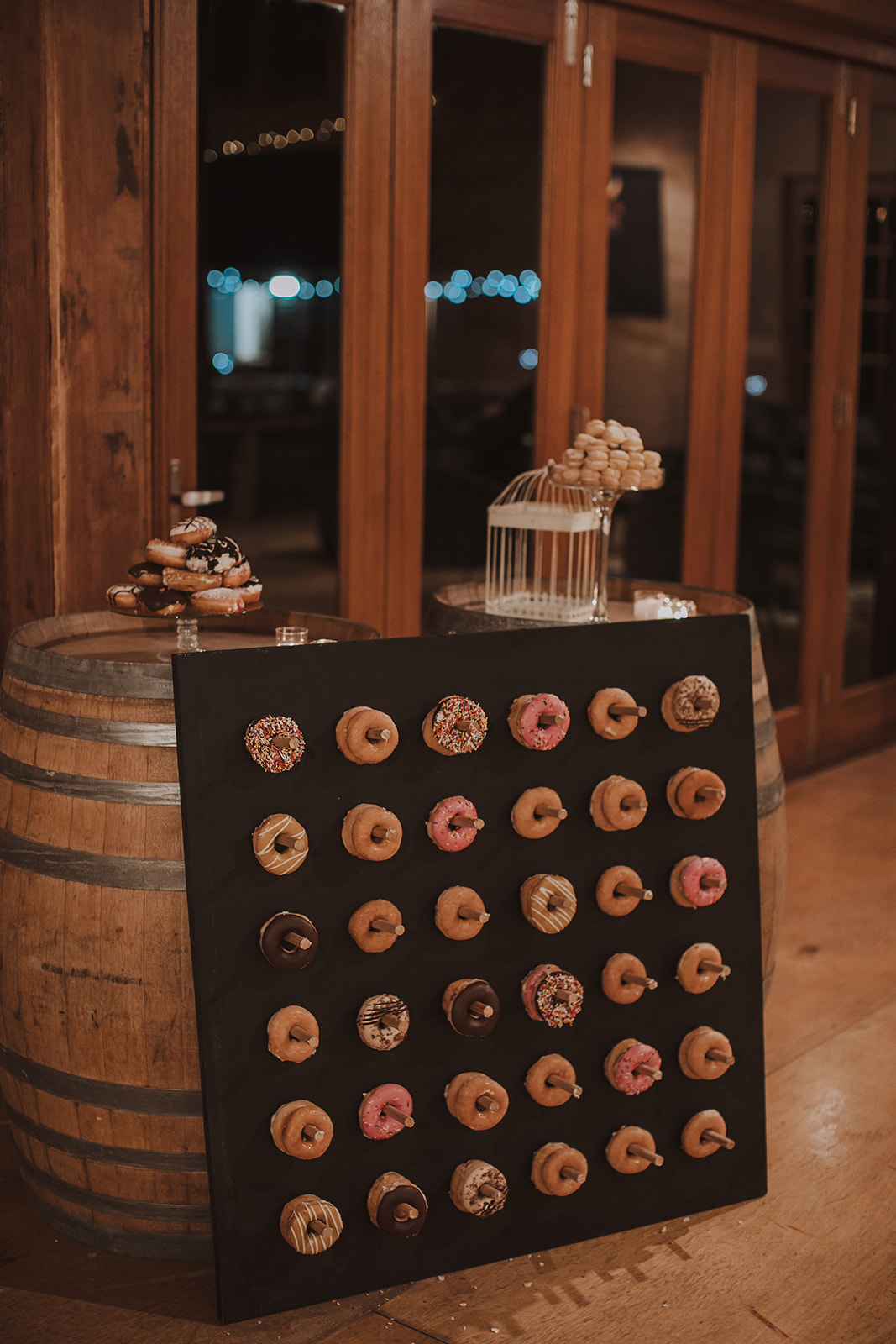 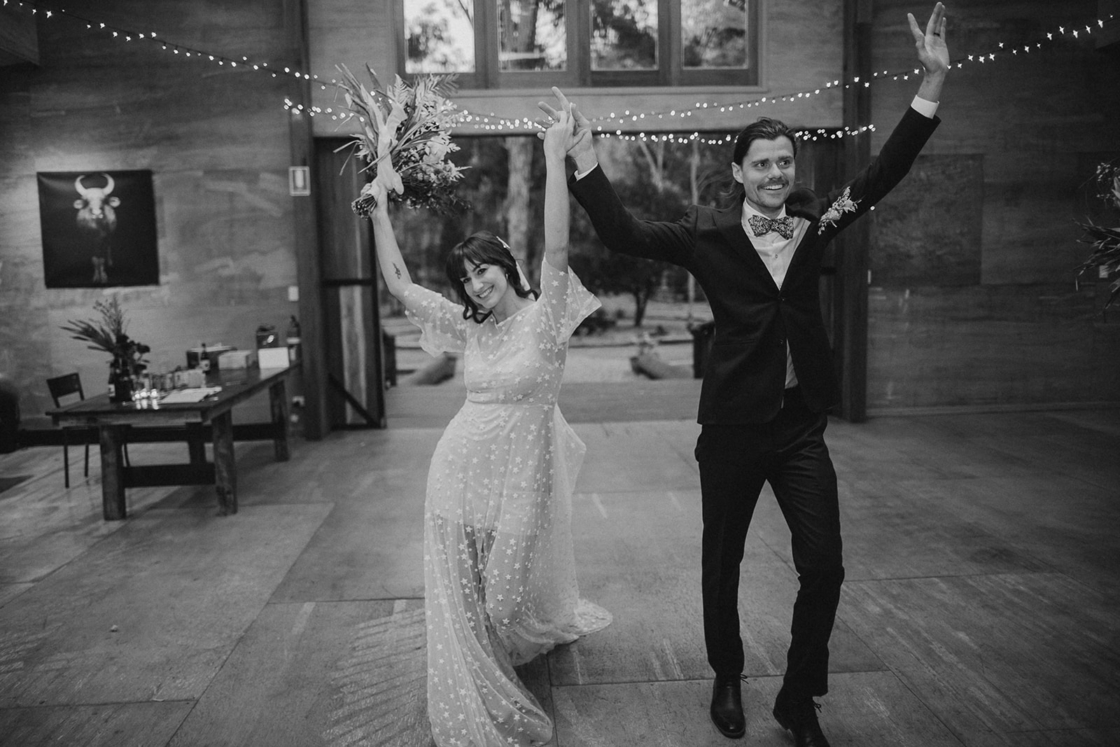 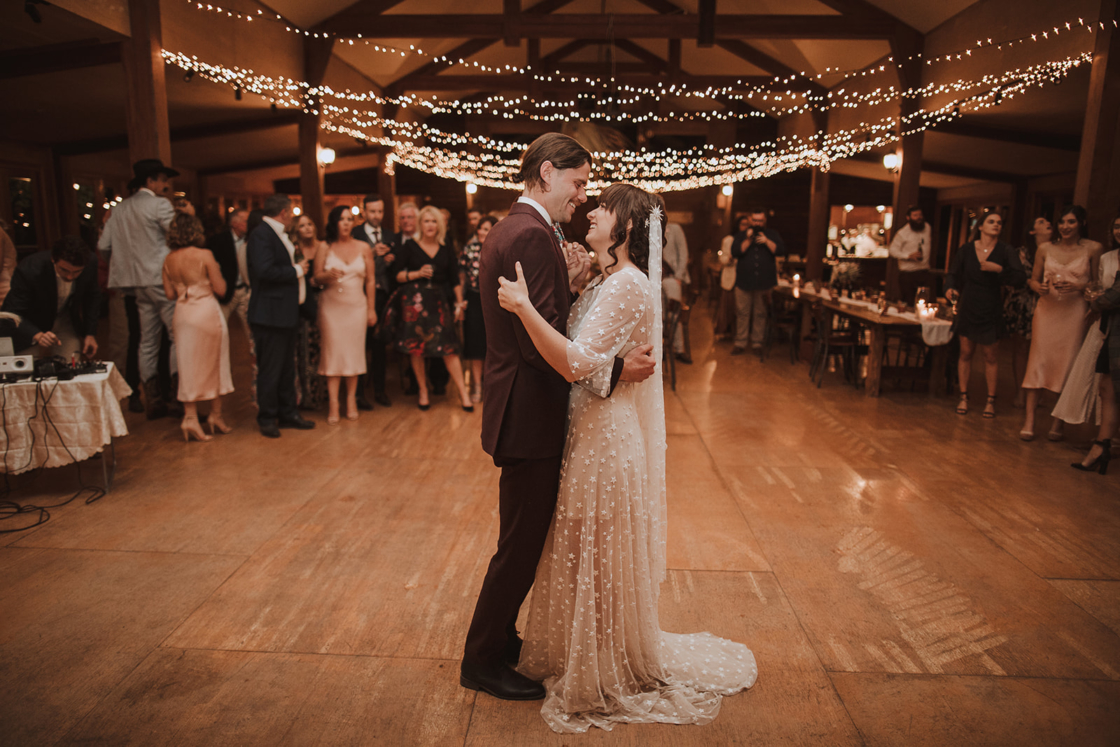 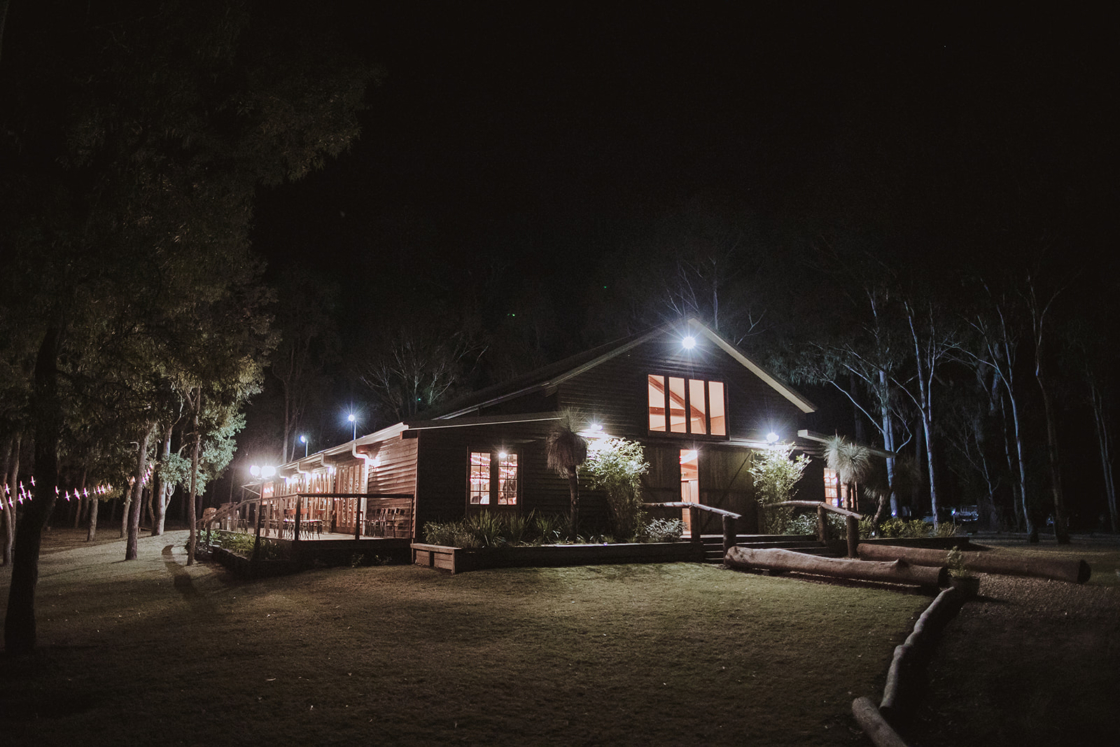