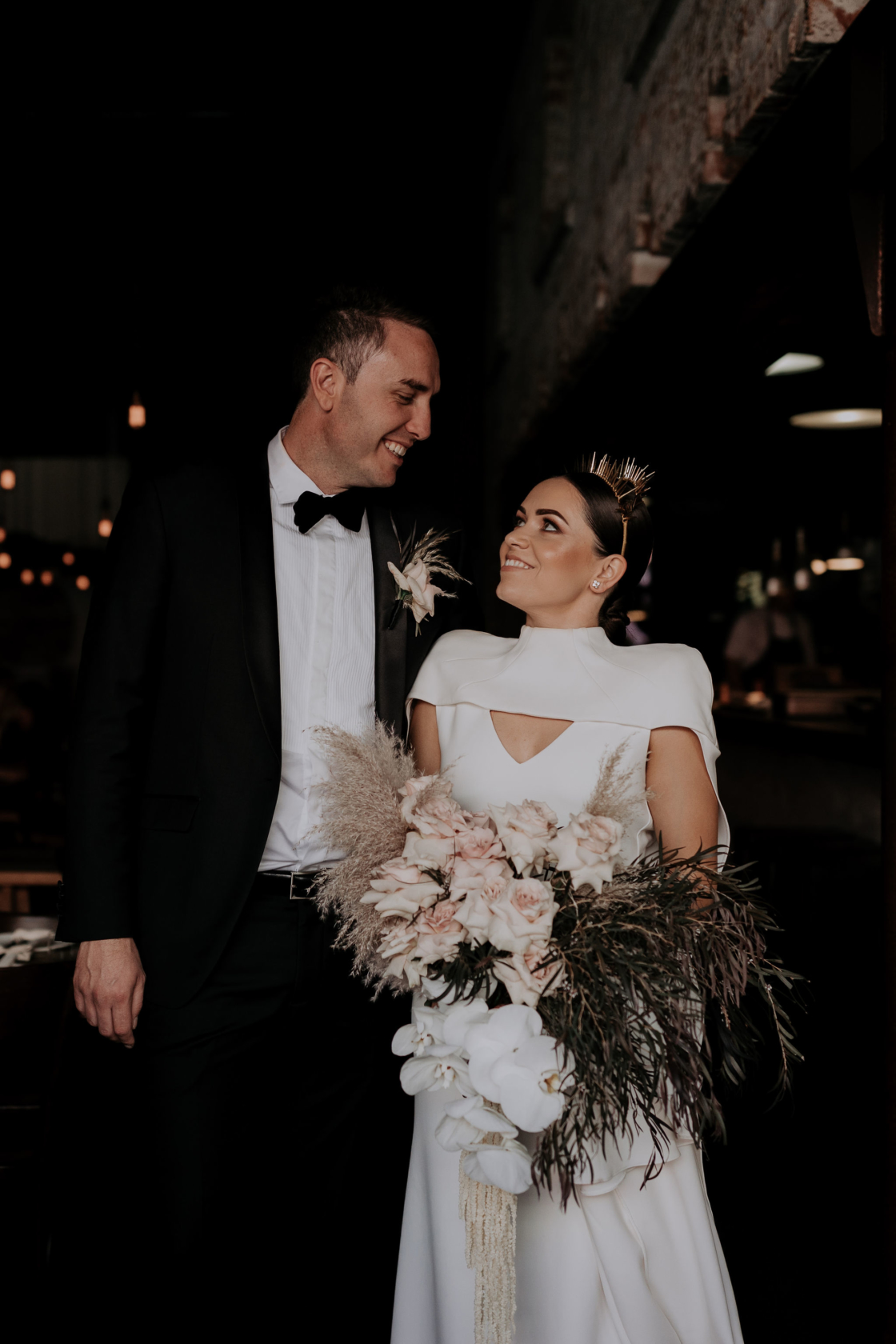 Vanessa and Paddy, who have been together for nine years, channeled an ‘edgy’ look for their big day and we very much like what we see. The all-black wedding cake, gold crown and sweeping cape are giving us some serious rebellious bride vibes.

Aside from the colour theme – black, white and gold with splashes of pink – the couple tell us their wedding was all about providing a good time and “as much character, jokes and flair as possible”. Cue a string of swanky DIY projects, chief amongst them the couple’s menus and name tags. “Each person had a personalised message on their menu to greet them when they sat down. Often we would share a personal joke or wonderful memory with that person and we tried to reflect that through those messages.”

Vanessa and Paddy had a dream team of vendors on their side for the special day, from the big details (hello, tops lens lady Alexandra Cohen) to the smaller-but-no-less-essential (we see you, Festoon, with your fancy lighting!) – and, as always, The White Tree brought the tunes to whip the d-floor into action. Let’s jump into the juicy details!

THE VENUE “Paddy chose the venue, Somerville Auditorium at the University of Western Australia, because he liked the idea of something that embraced an outdoors vibe, but at the same time undercover as I don’t like taking risks with weather. We love the pine trees and how it glows at night with the festoon lights. The University of Western Australia is a gorgeous setting. I studied there also for a long time, so it was also place close to my heart.”

THE THEME “I believe good styling requires a theme, or at least for everything to look cohesive. I generally prefer ‘edgy’ looks and based my ‘theme’ on colours of black, gold and white. I added some pink for a splash of colour towards the end.”

FAVE DETAILS “Stilla Designs hand-sketched a picture of our church and placed it on the church pamphlet. Our invites had a sketch of Somerville Auditorium on them. Our signs and church pamphlet was one of the things I was most proud of (seems odd, I know). There was so much time and effort spent on them, with hidden jokes if you read them carefully. I tried to make people laugh as much as possible. I attempted to add a joke into every sign or message which was written. The flowers by Sir Botanical were also amazing. We didn’t have the biggest budget for florals and I met with our florists one day and I loved their style. They were also quite young and trendy. I gave them my ‘colour palette’ and a mood board/inspiration pack and let them decide the rest. If organising a wedding is like being a manager for a company, Sir Botanical were employee of the month. They were so reliable and organised. On the day, I was blown away by how the flowers made the venue look a million dollars. Would definitely hire them for my next wedding!”

DIY “I also found an awesome animal print fabric at Spotlight one day and was somehow convinced that I could make six bridesmaids’ robes with little to no sewing experience. I am not a fan of floral fabric (which is mostly what you can get nowadays). So I took on that project. Lucky for me, two of my bridesmaids can sew. Had a ‘stitch and bitch’ with one of them and finally finished them a week or so before the wedding. They looked great with the black crowns and greenery on our photographs.”

THE DRESS “I LOVE MY DRESS. I love fashion and always felt huge amount of pressure with the wedding dress, because where do you start? I am not a fan of tule, lace, sparkles or beading, which left me with minimalist wedding dresses that I found a bit plain. I saw a wedding dress with a cape on Instagram and felt that concept was amazing. I decided it would be a good idea to get my dress made after several attempts to try on gowns in stores. I met with two designers who felt my idea of a ‘3m-long cape’ was not reasonable and would get in the way (which was true!) and said I should lose the cape idea. However, when I met Alvin Fernandez (the designer of Meraki) he suggested detaching the cape as an alternative. I loved that he wasn’t looking to change my ridiculous ideas but work around them. So he was hired! The cape was detached before the reception to allow for dancing. I also love shoulder pads (as does Alvin!), so we incorporated the shoulder piece onto a simple white dress. There were actually three layers of shoulder pads per shoulder. Go hard or go home, I say. Alvin was a wonderful listener and tried very hard to see my vision. He nailed it and made the dress in maybe six weeks. He is very professional and honest which was refreshing. I felt a million bucks that day, and a lot of it had to do with the dress.”

MEMORABLE MOMENT “Getting ready with the girls was so much fun. Two parents, six bridesmaids, two hairdressers and two make up ladies (all female!) in one house only provides for such good banter. But my personal favourite moment was walking down the aisle. I beamed with a smile from ear to ear the entire way. Showing off my badass cape.”

LITTLE LOL “One of our groomsmen decided it wasn’t worth trying on his suit until the day before the wedding. As a 195cm bloke, he found out a little too late that his pants were too short. So the morning of the wedding, Paddy’s mum was kindly taking down the hem. Our photos from the morning included so many of him without any pants on!”

WORD OF ADVICE “Get a videographer for the day. I was so unsure about this decision for a long time. It’s not a necessity, but it’s one of the few things you actually keep after the wedding. It’s definitely worth the money and I’ve never heard of anyone regret a videographer – just those regretting not having one.”

WE’RE GLAD WE… “Really glad we got a band. This was always going to be a risk as we didn’t know any bands personally, but The White Tree were so interactive and everyone raved about them afterwards. Our dance floor was pumping all night thanks to them. Worth the extra expense.”

STANDOUT VENDORS “Alexandra Cohen, our photographer, is the best. We actually had another photographer booked but due to a venue change earlier in the piece, had to cancel as he was no longer available. He suggested Alex and we gave her a go. She is as relaxed as she can be with a ‘fuck it and live life’ attitude, which provided much calm and good vibes on the day. She brought a portable speaker for us to dance whilst taking photos, which makes them less awkward. Her photos are also remarkable. My mum even commented on how much she liked Alex! Duane from Orriss Films is like a distant family friend who lurks in the background of your wedding, but who eventually provides you with this creative masterpiece – making the wedding look even more fun than it was! He is also so humble and sweet and professional. Would recommend him one hundred times over.”

Like what you see in Vanessa and Paddy’s big day? We’re not surprised, folks, because we love it too – which is why we printed it in our 2020 Real Wedding Special! You can grab a copy over on our online store, plus all our other fab issues. If you want to get in touch with the amazing Alex Cohen (and we really think you should), her directory listing is right over here. You should also give The White Tree a shout for bloody brilliant live music, and be sure to hit up Festoon for stellar lighting. 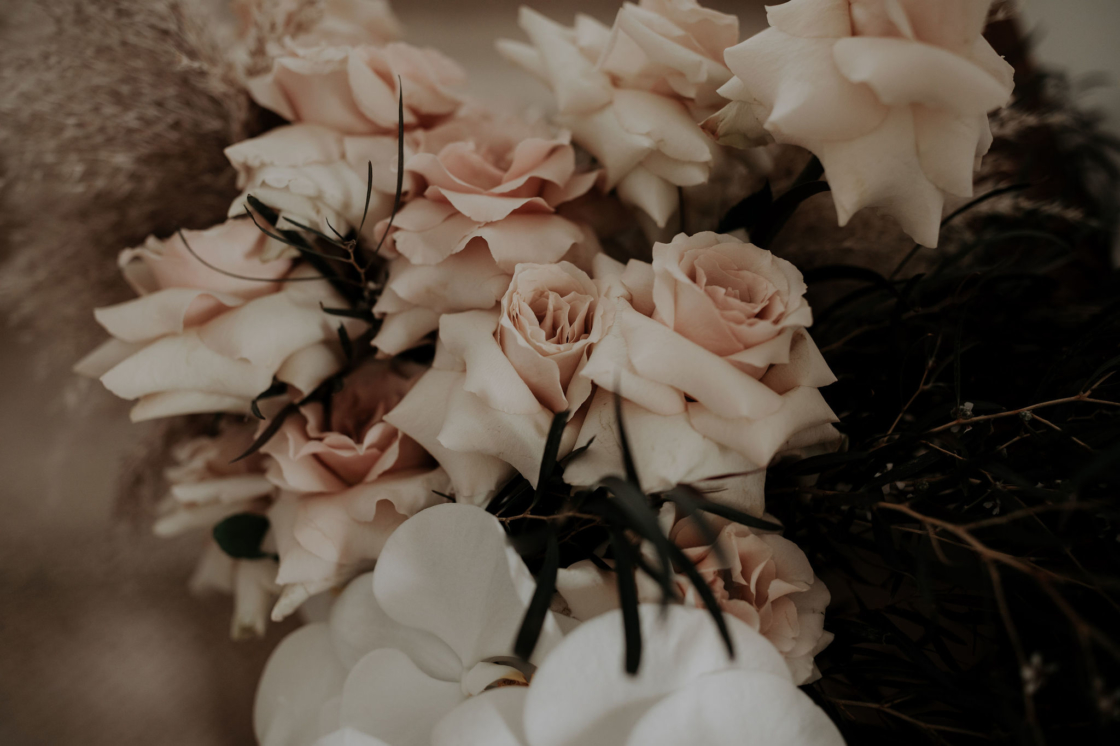 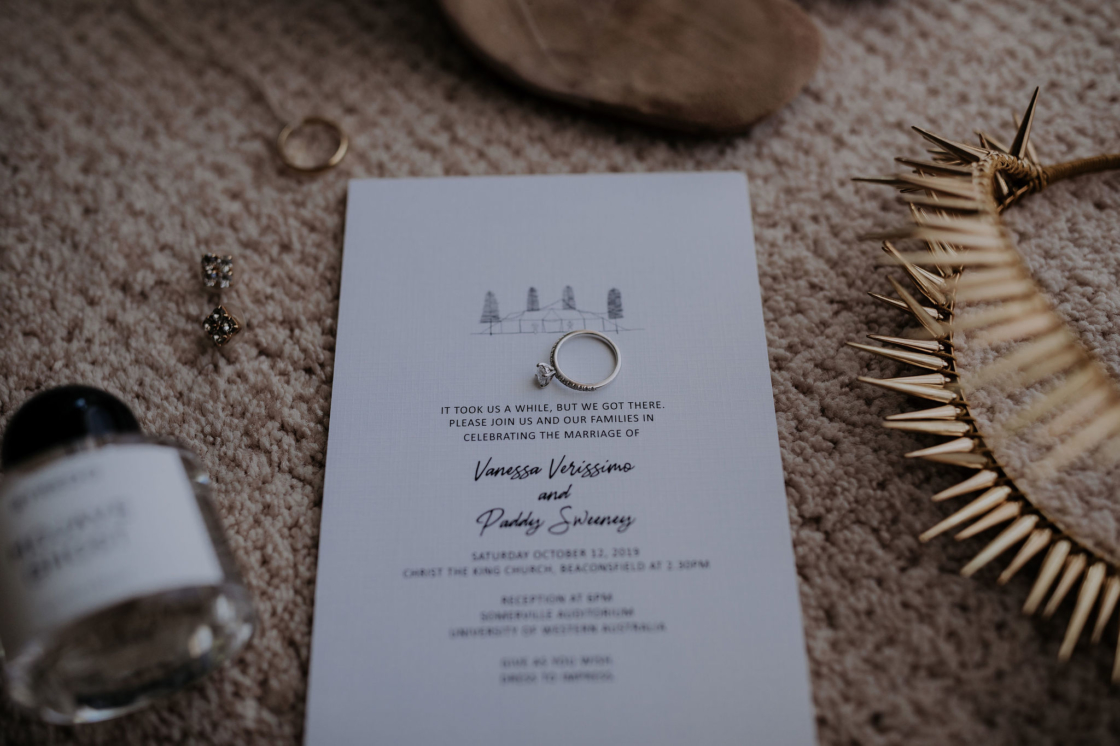 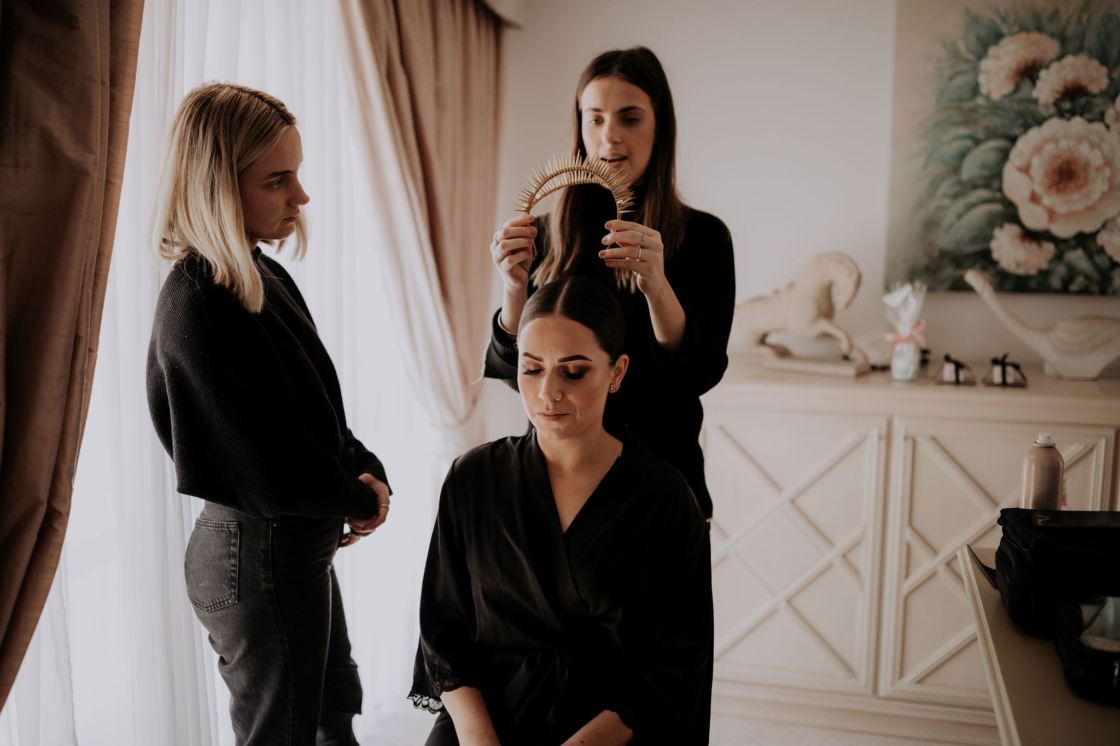 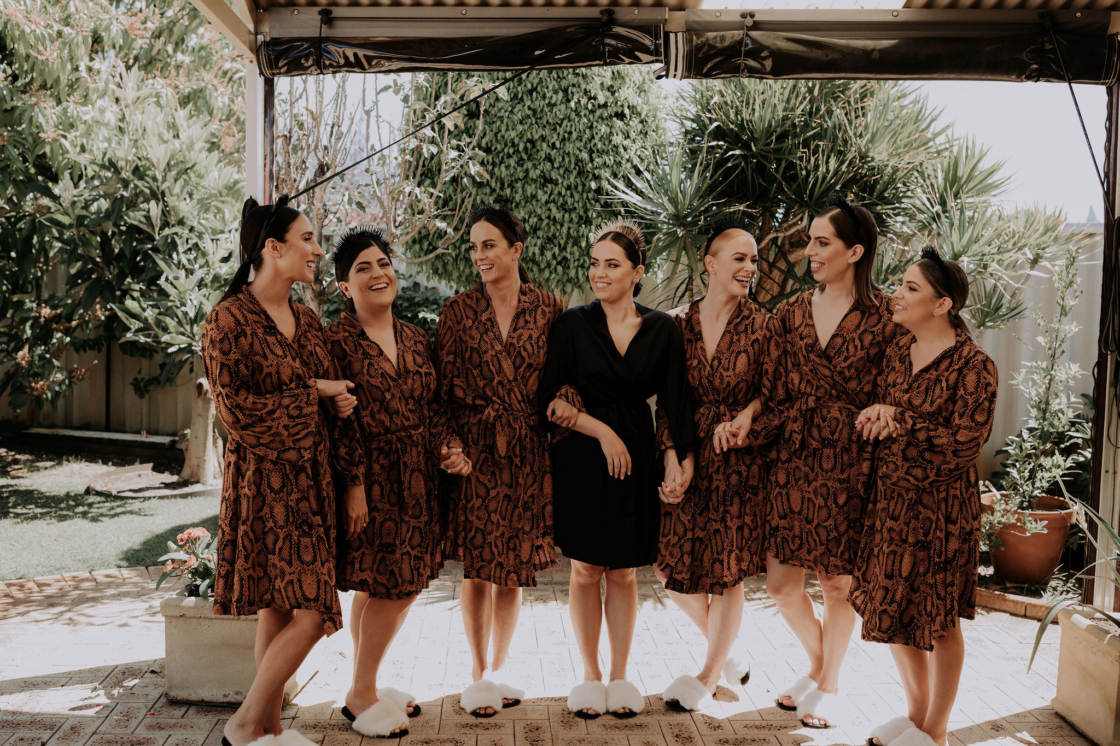 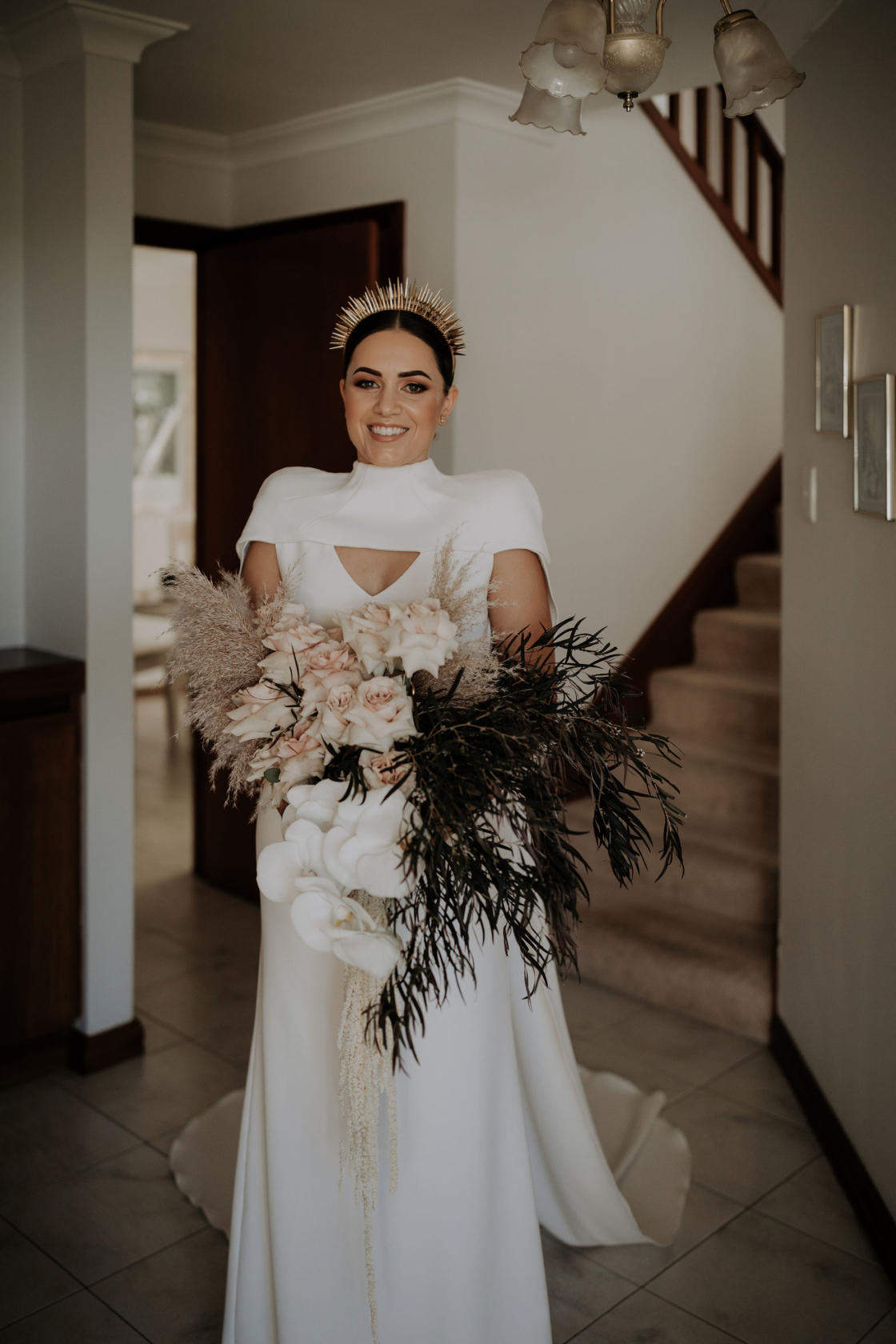 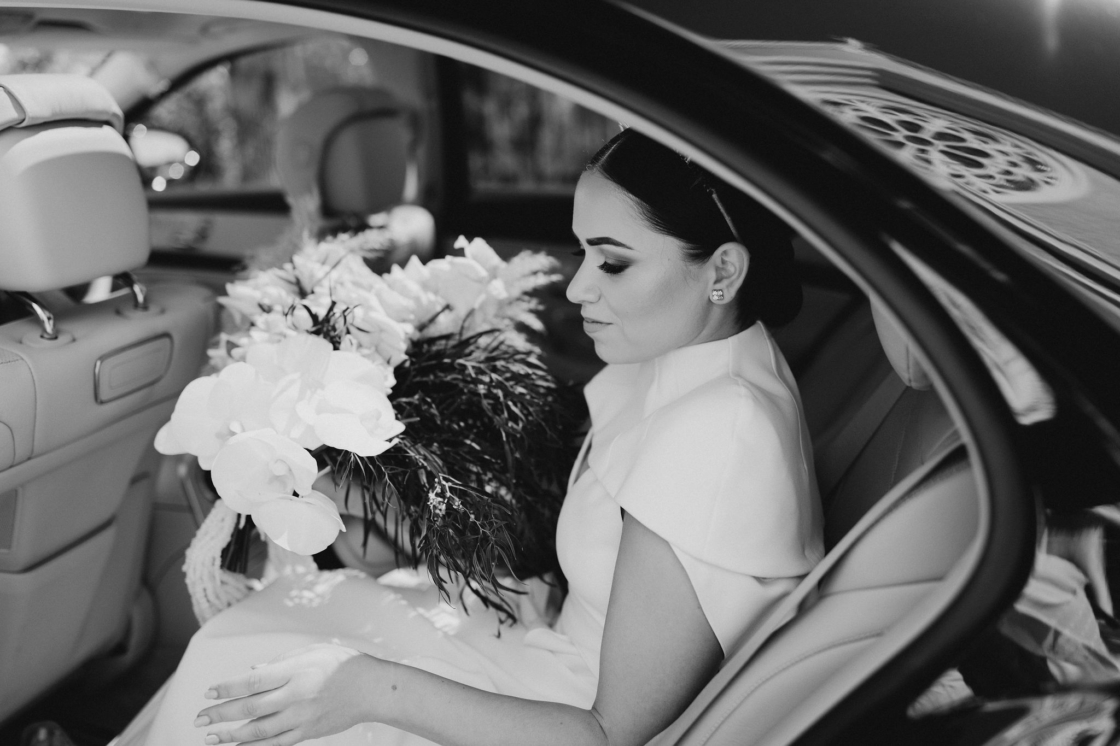 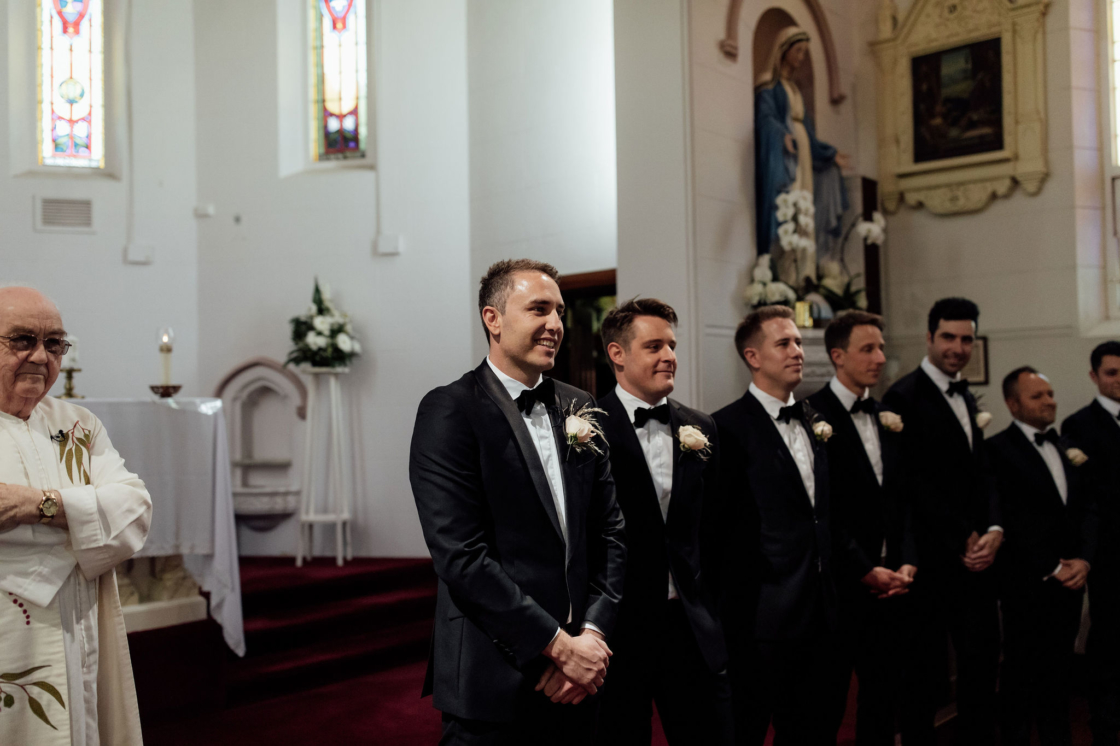 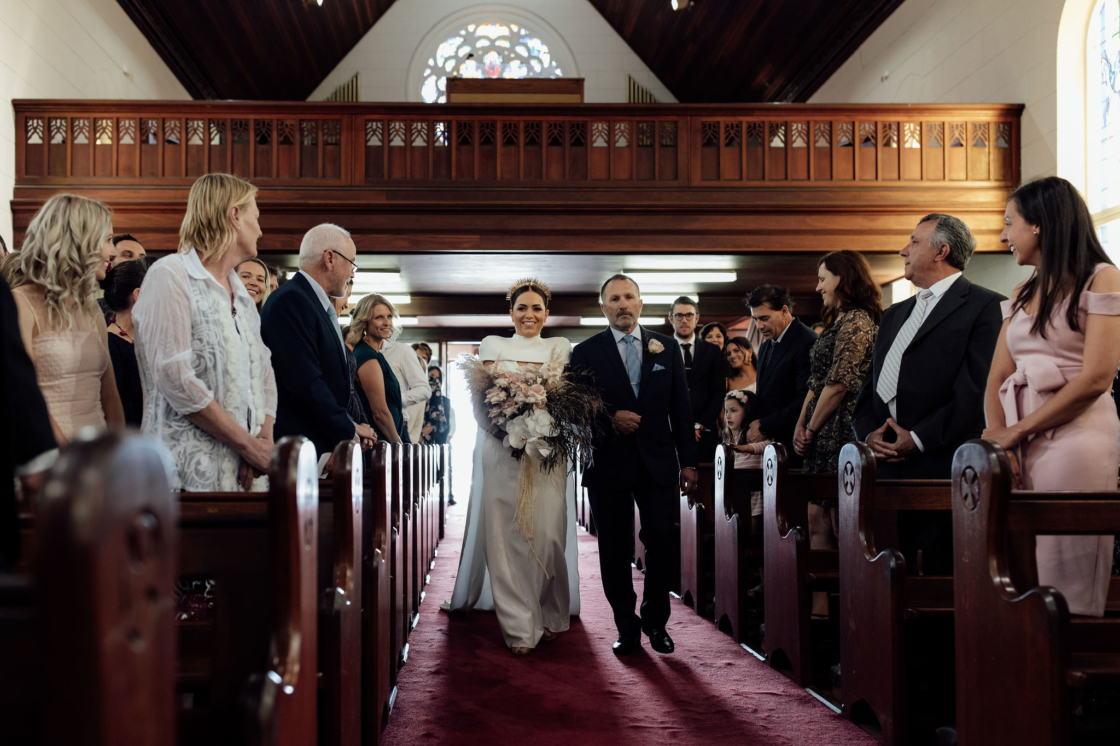 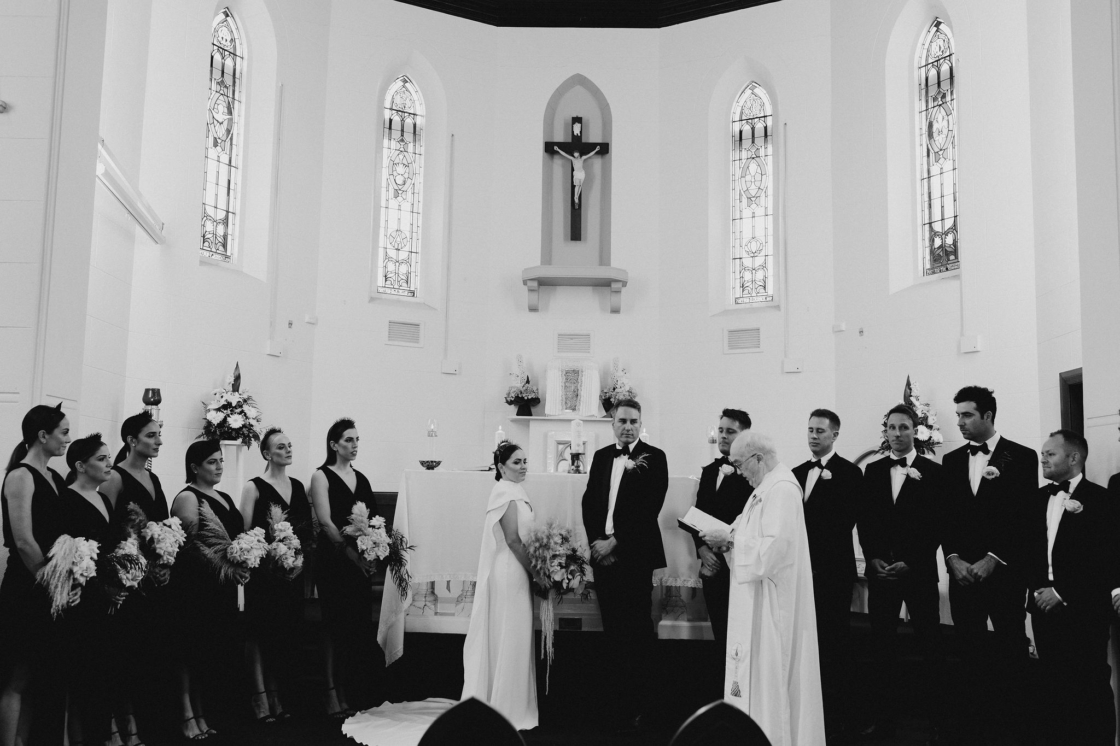 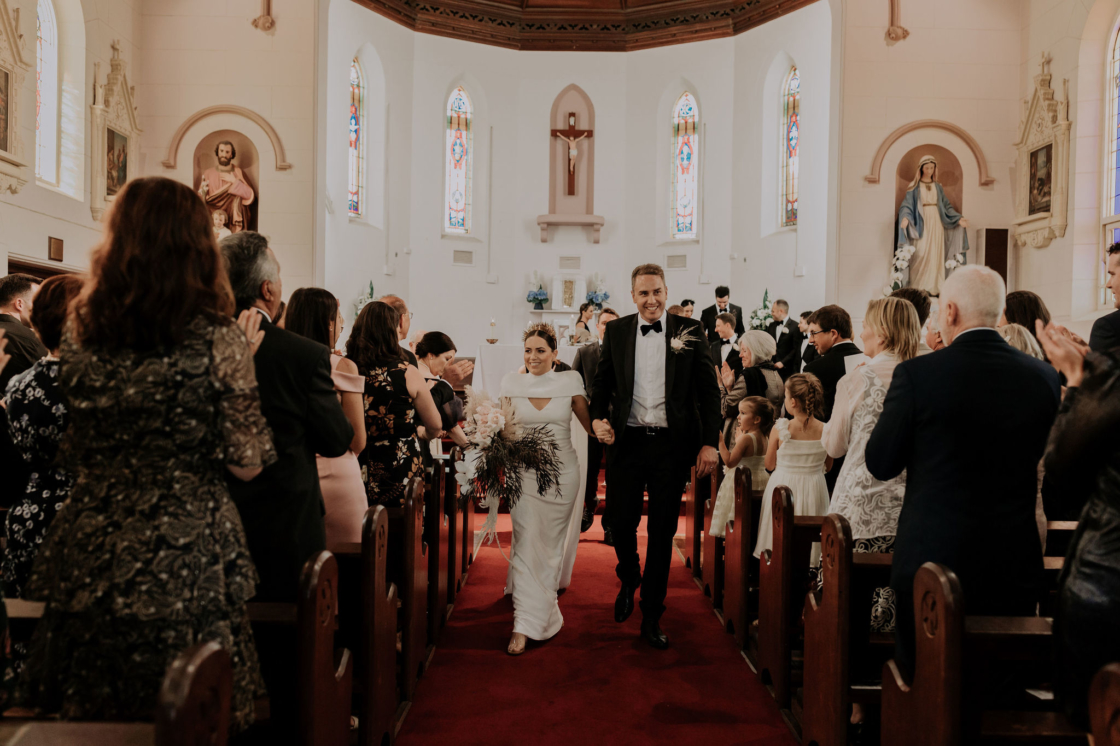 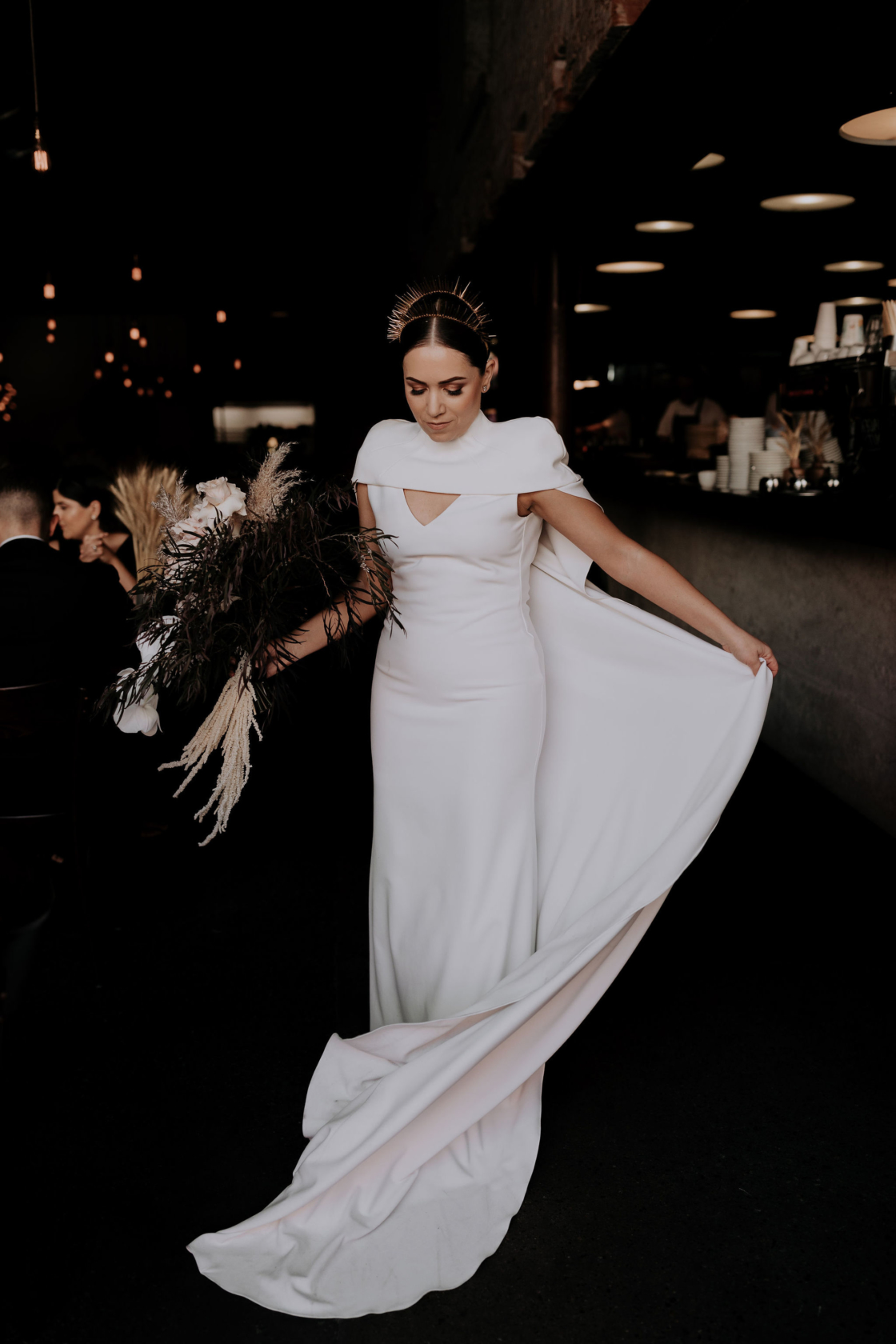 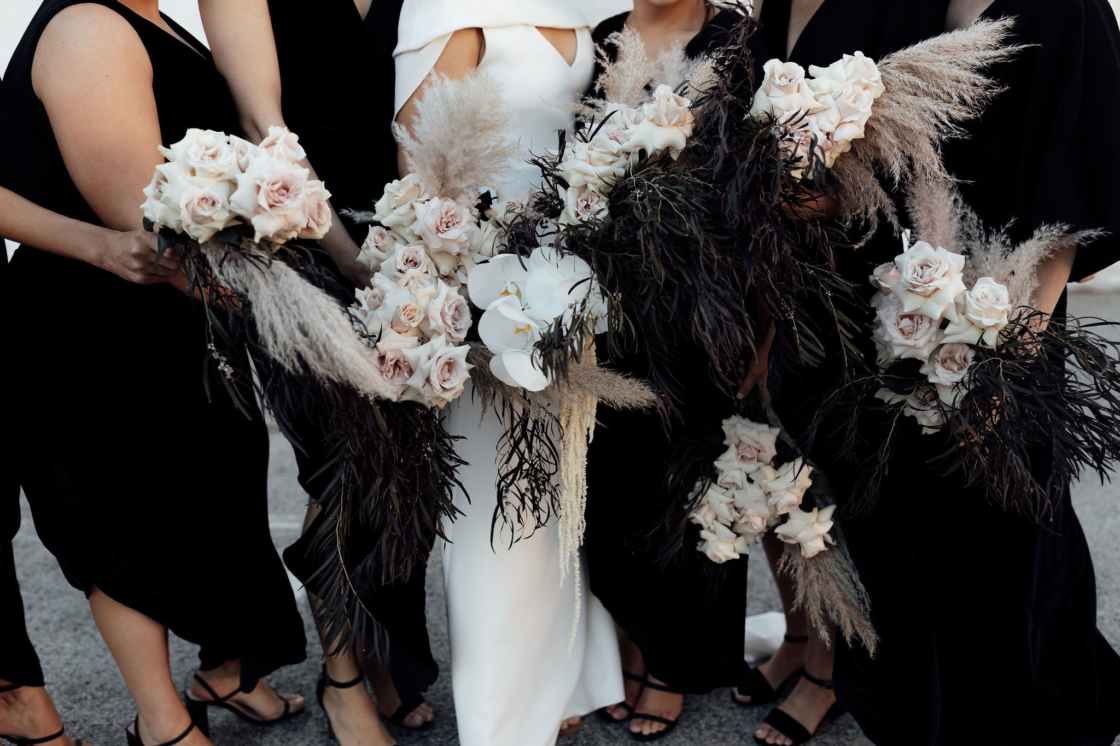 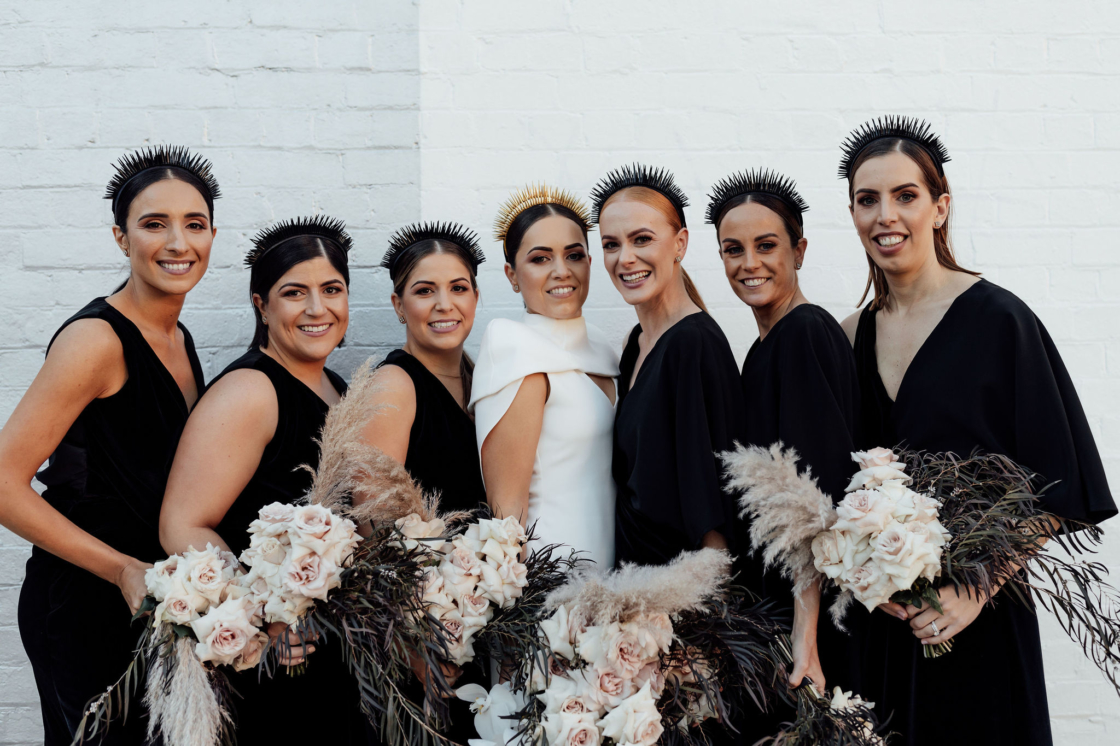 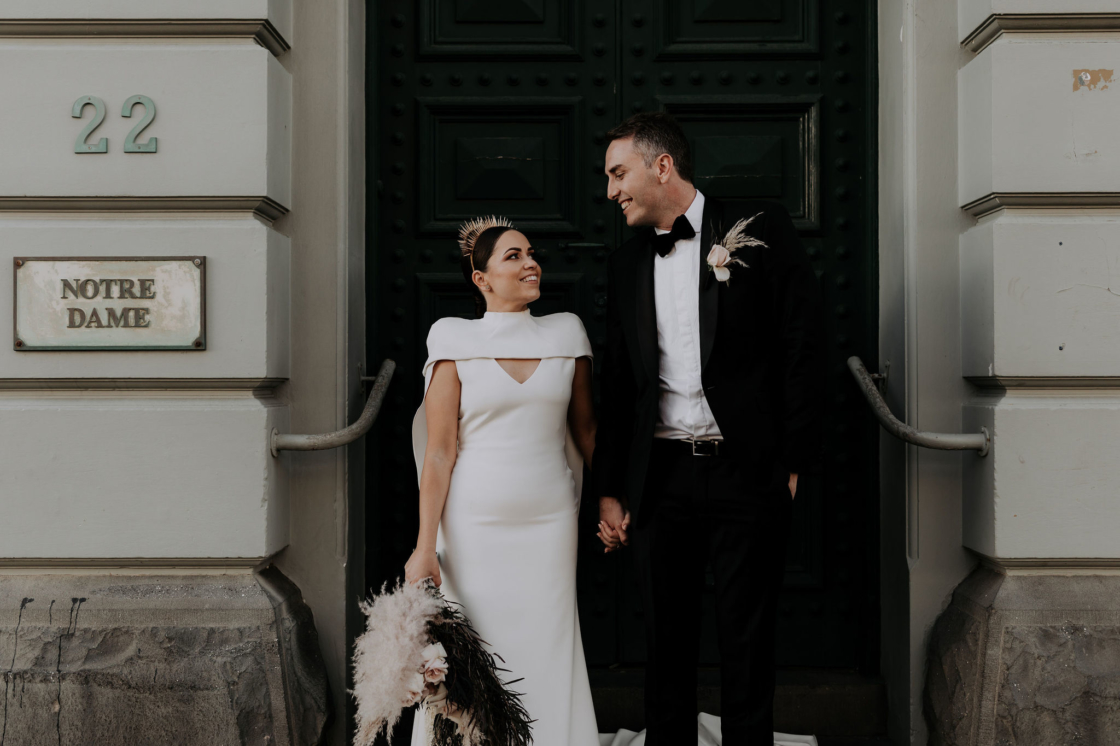 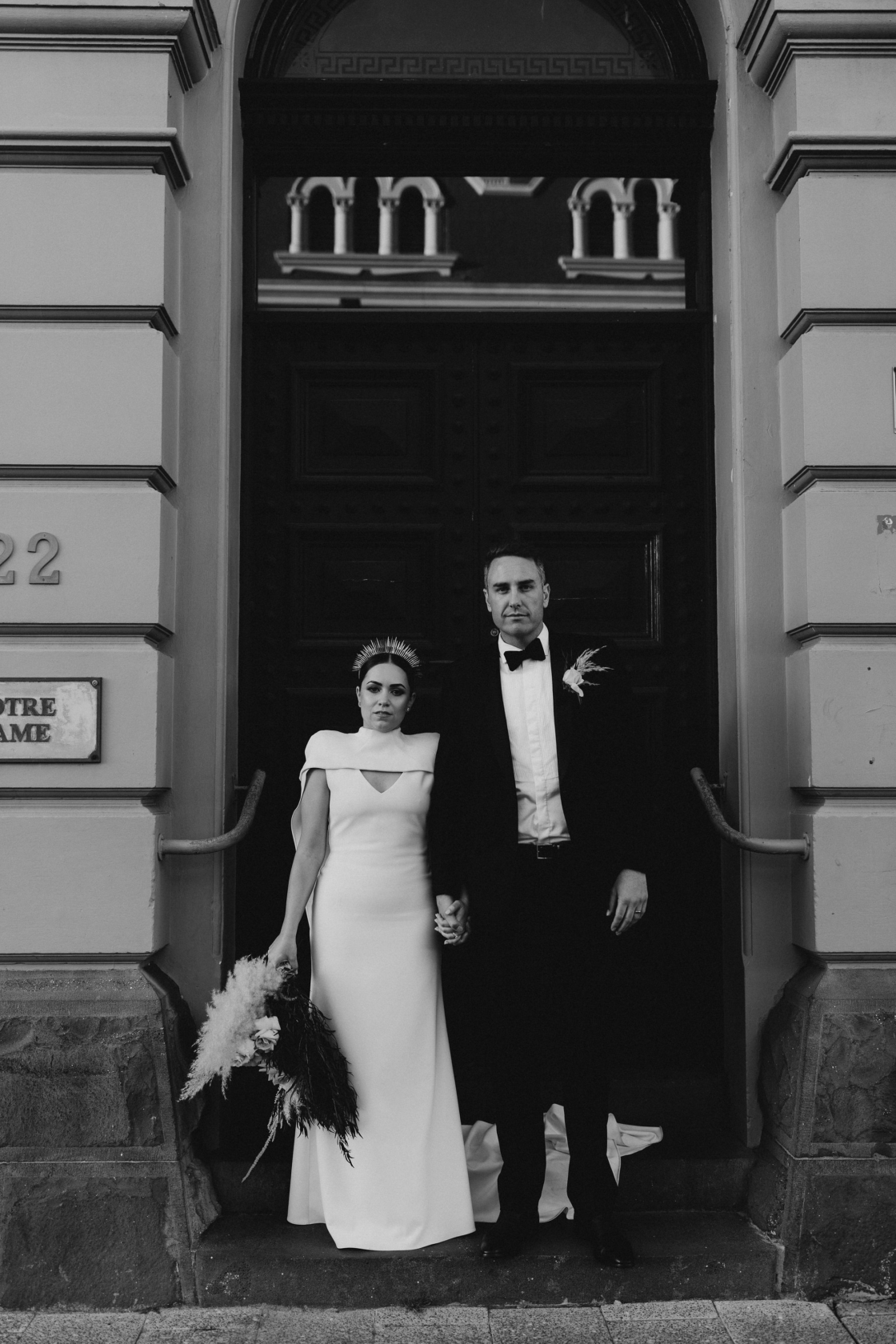 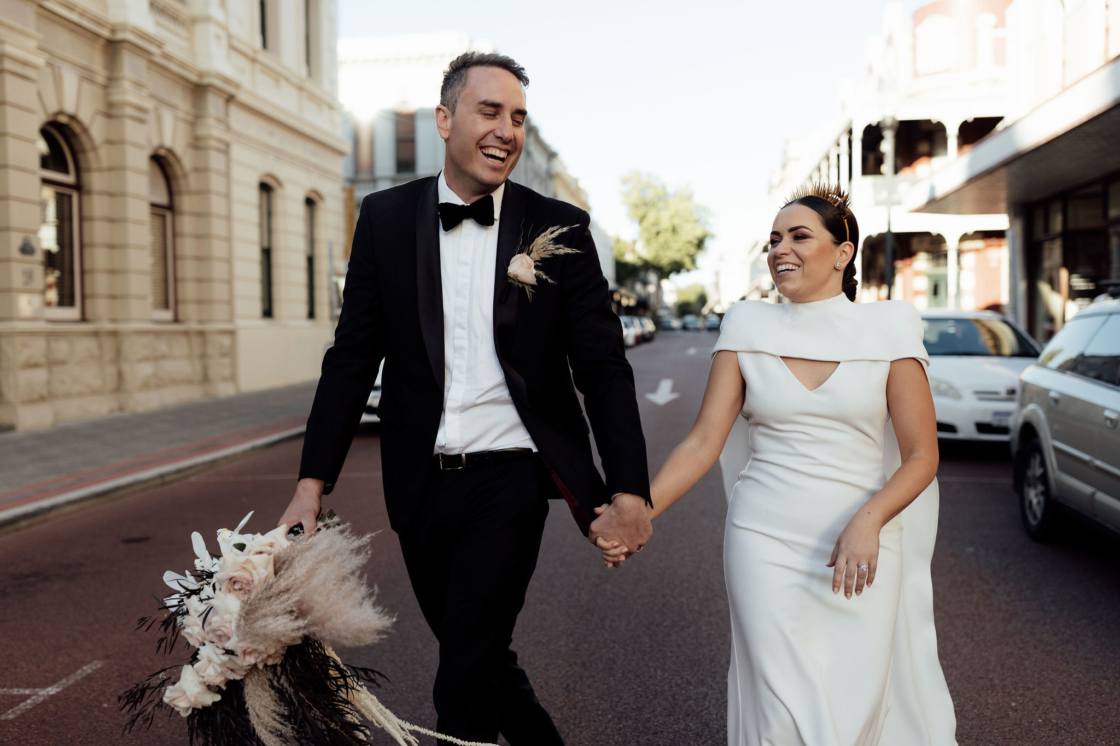 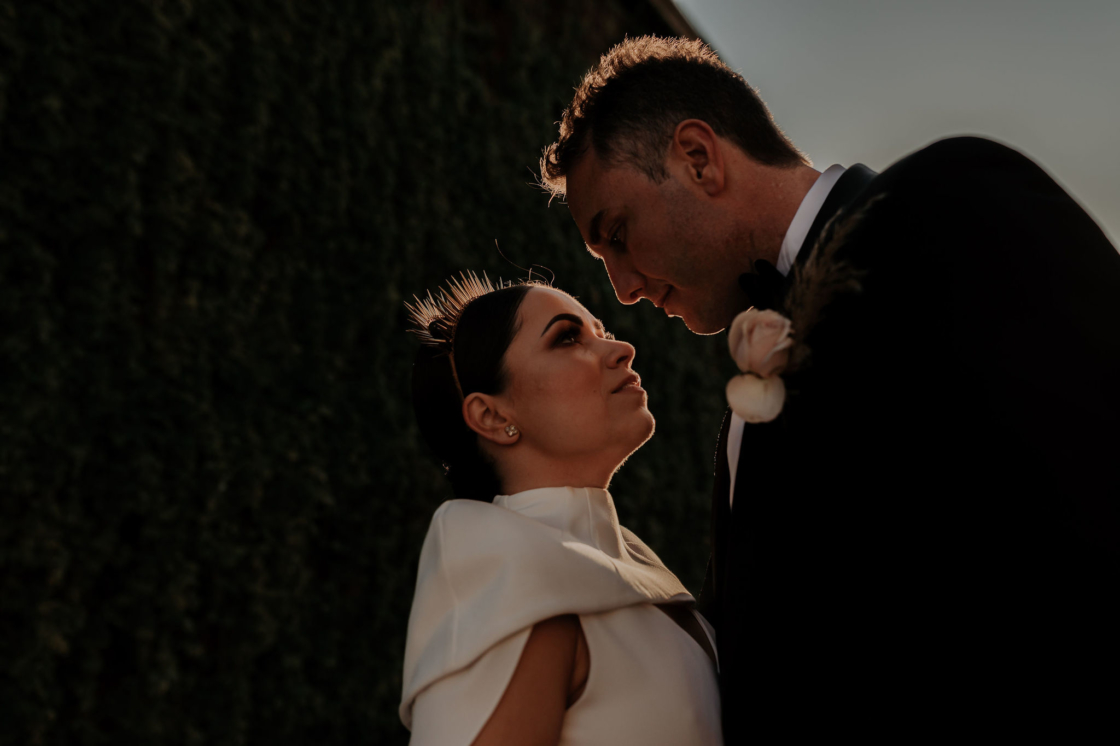 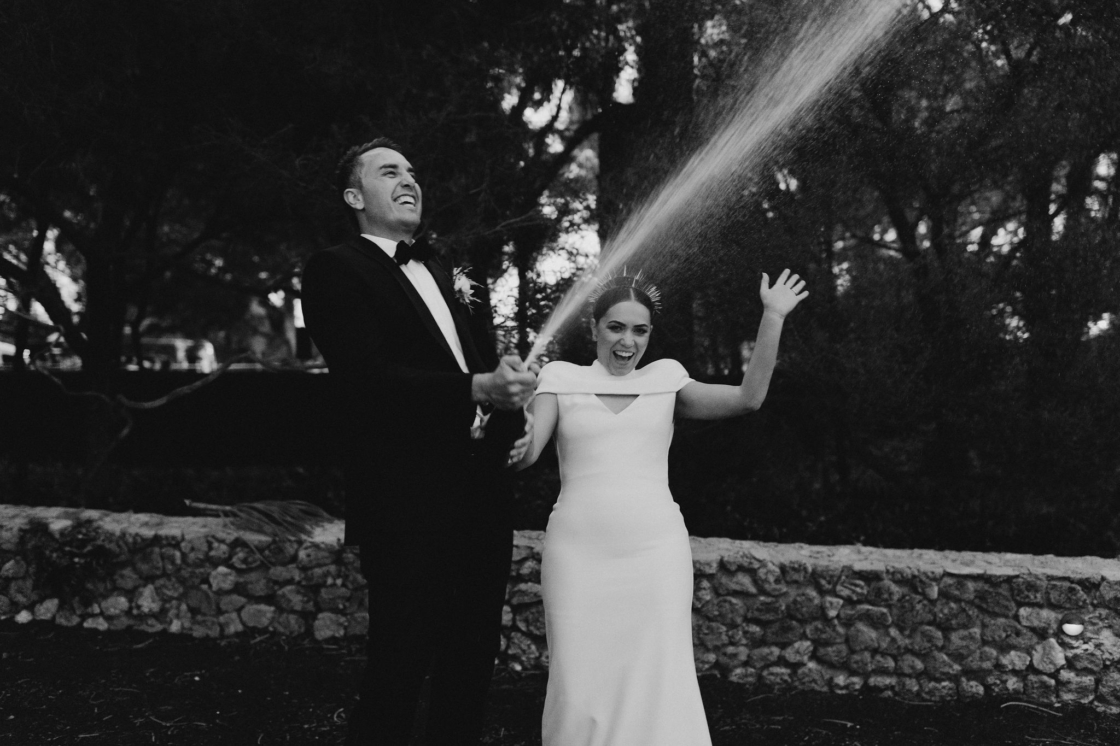 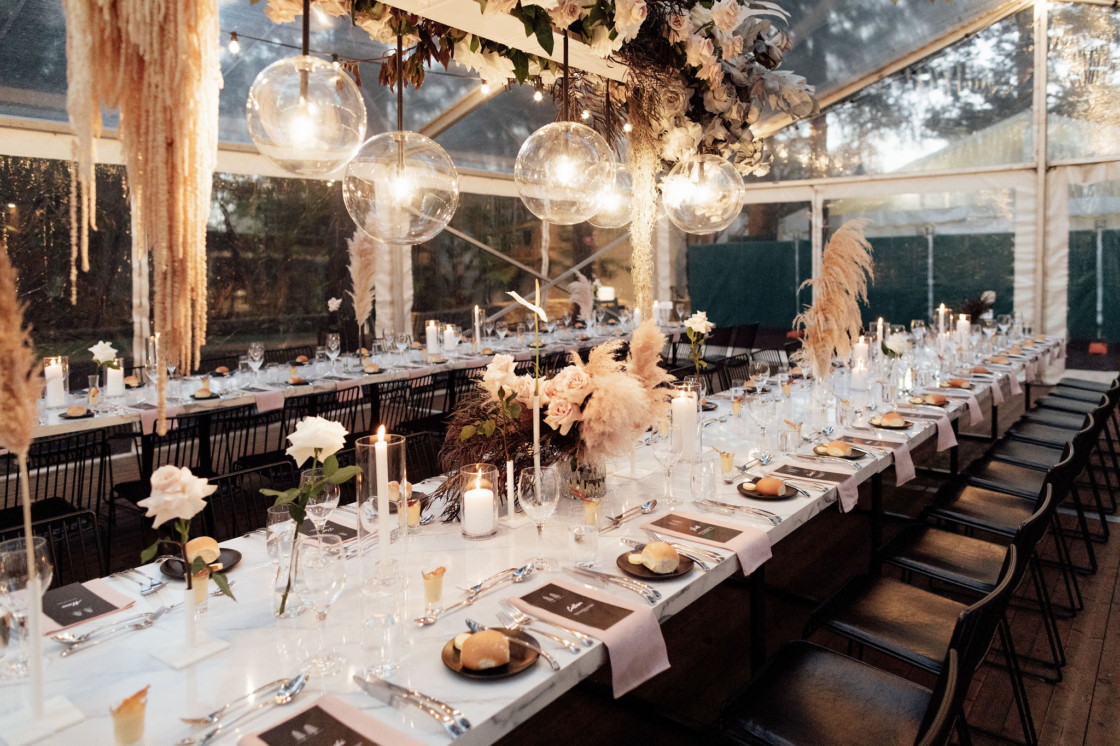 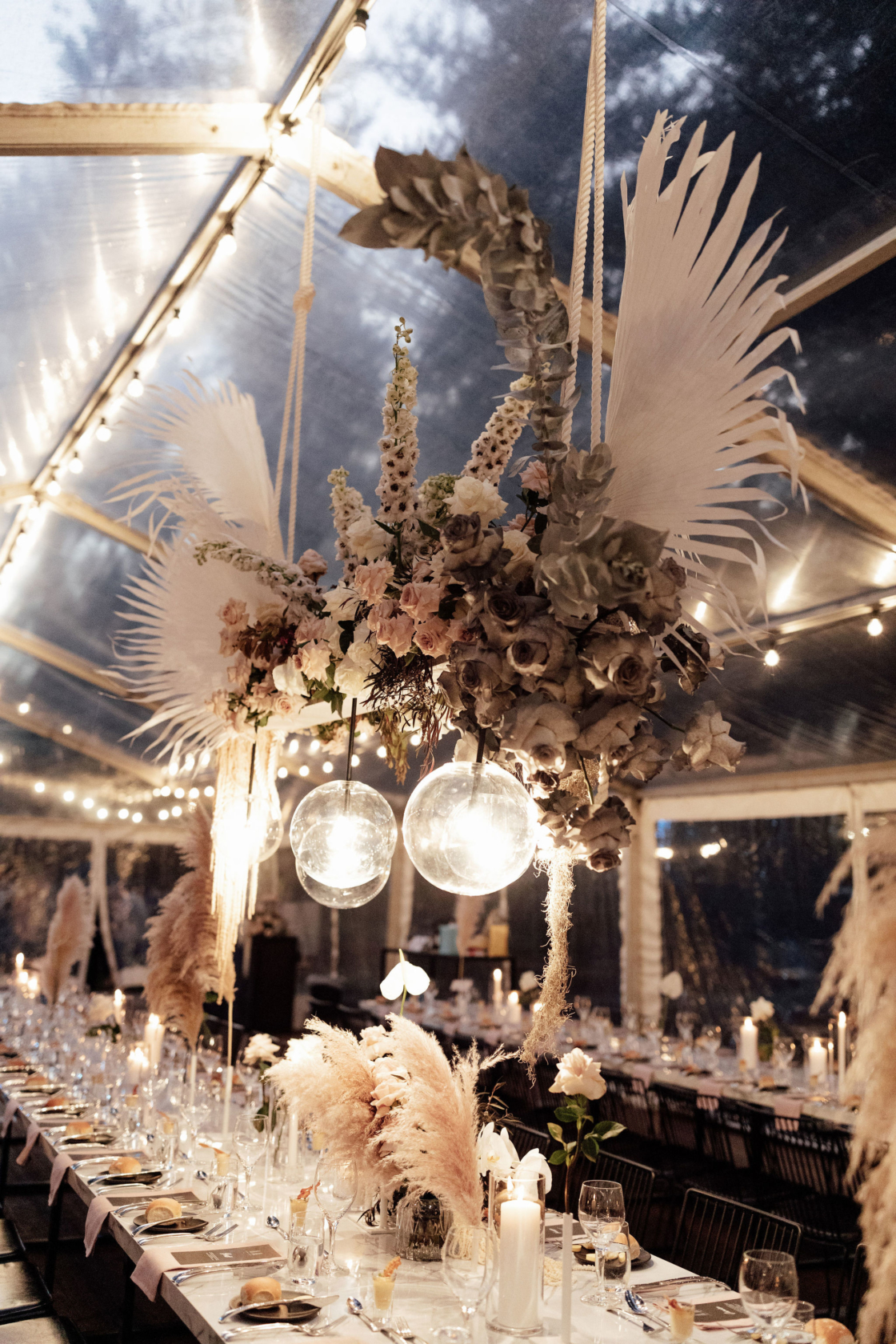 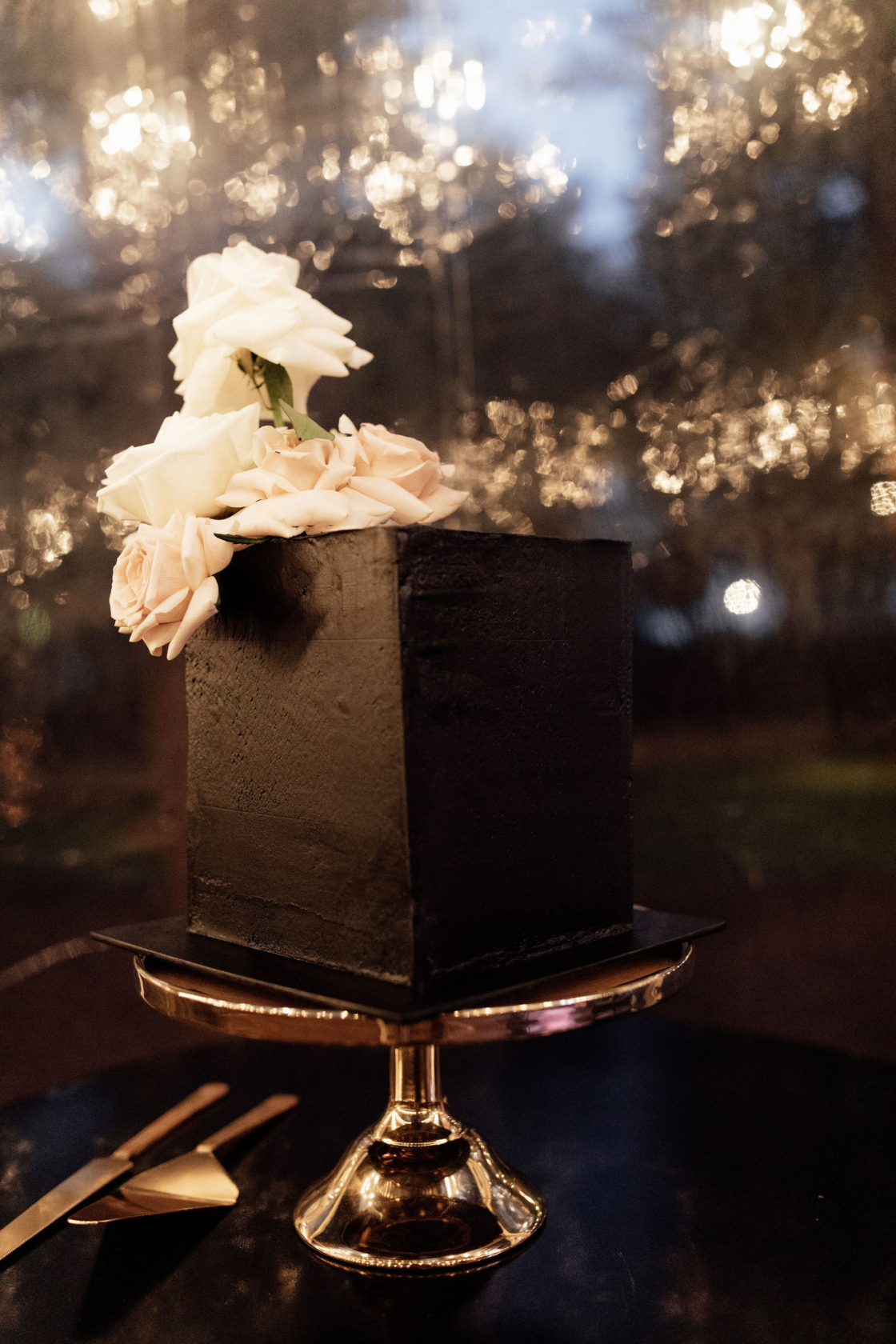 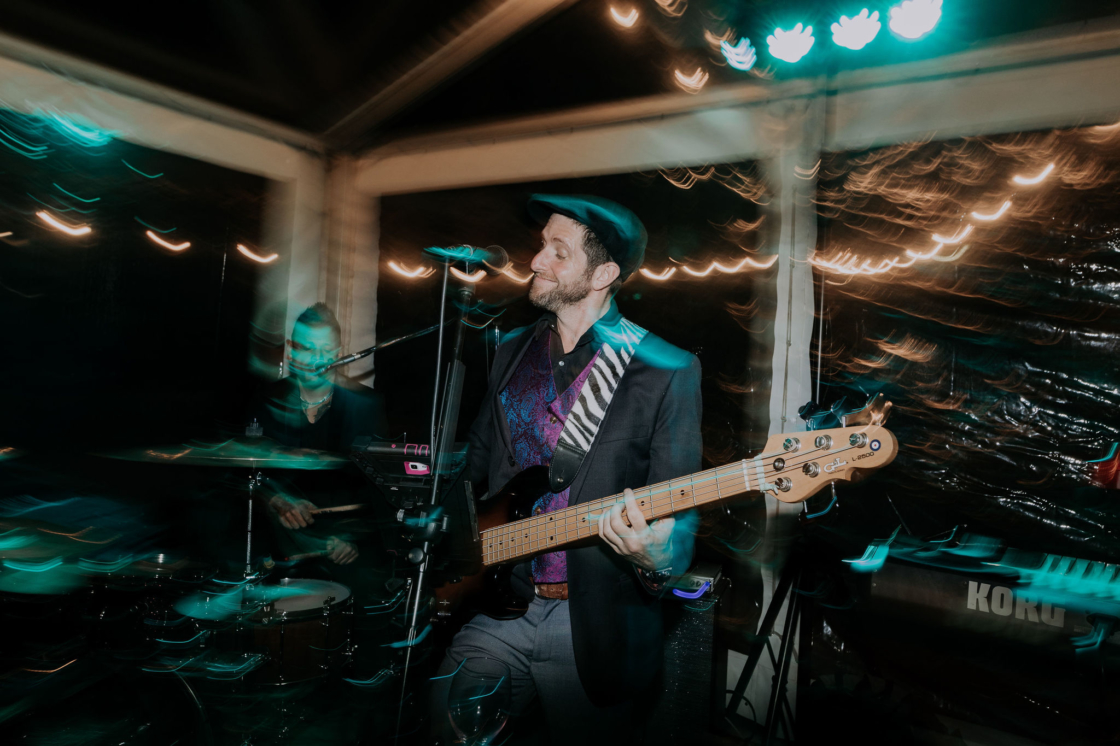 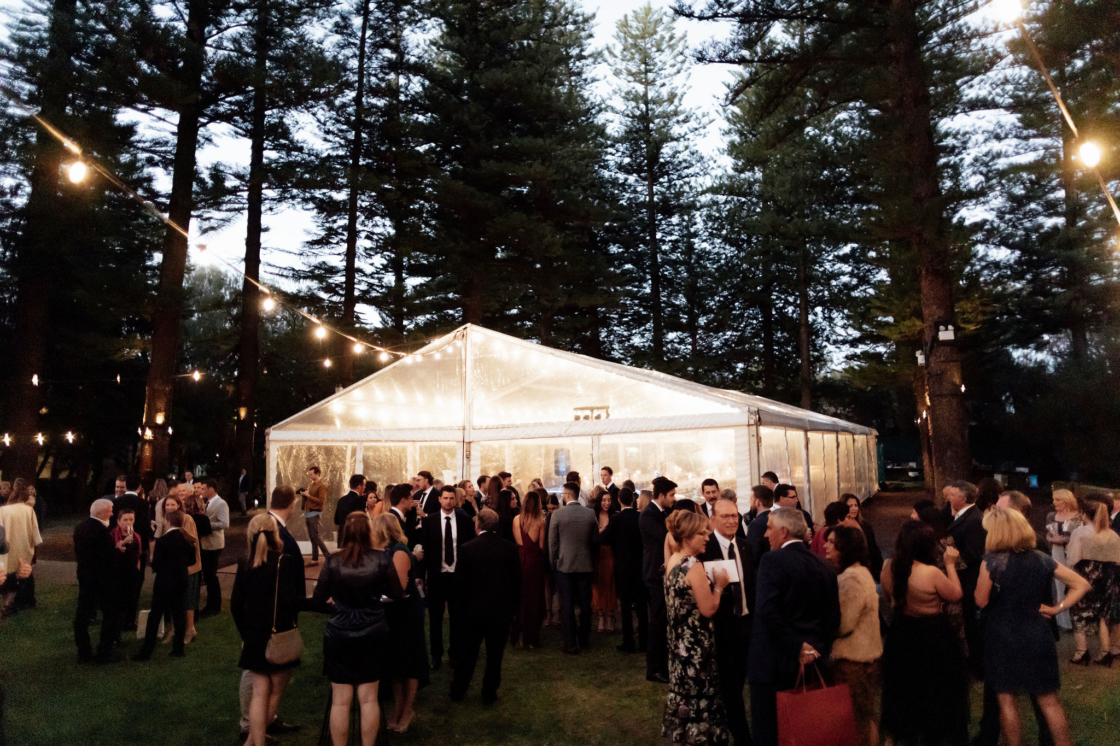 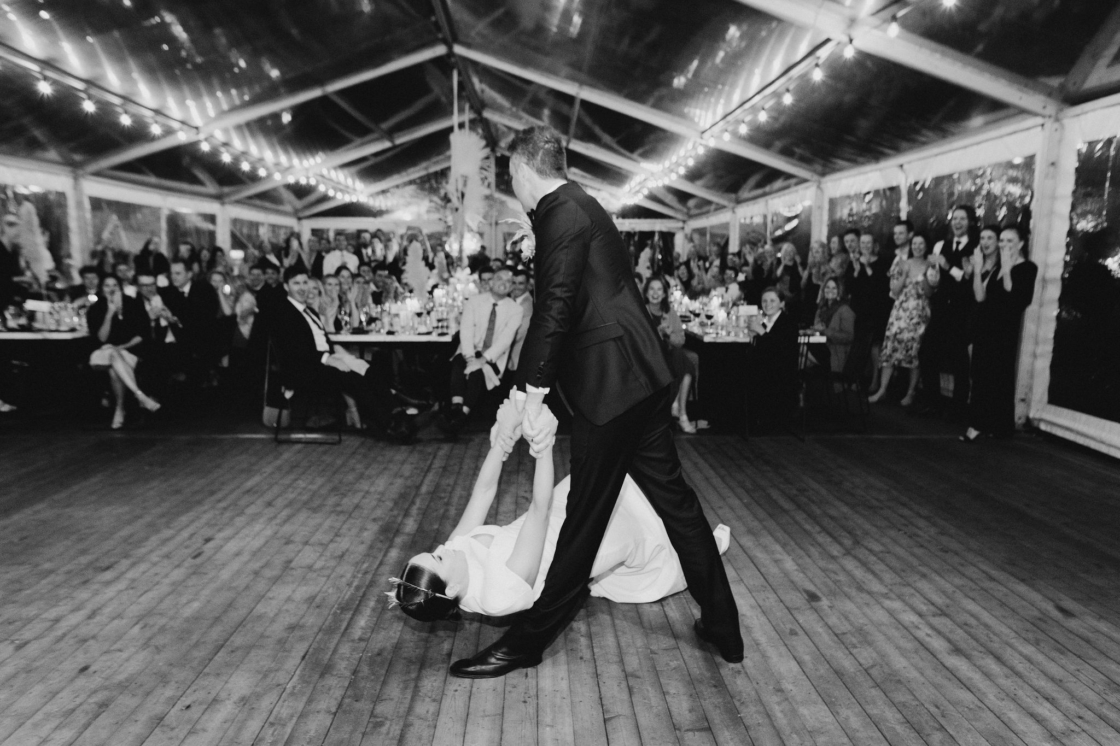 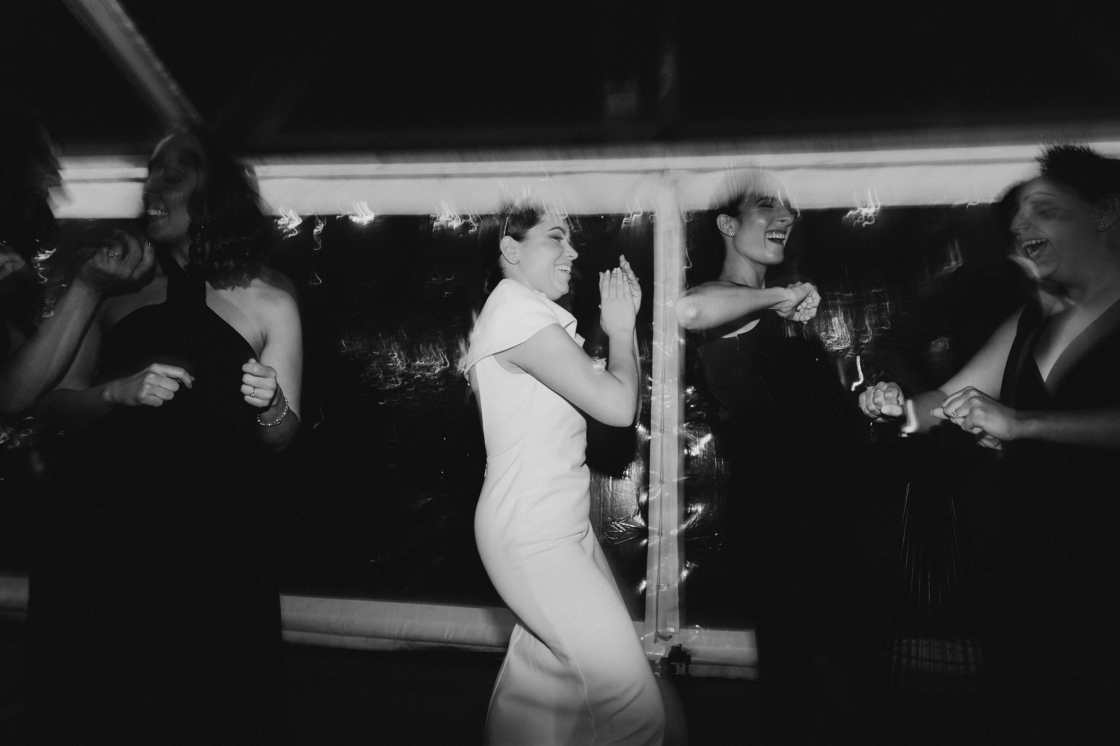