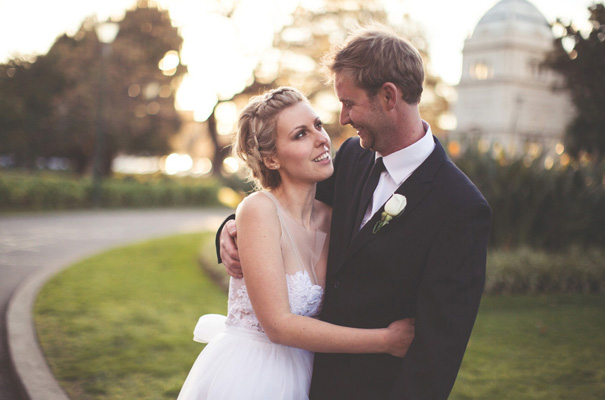 There is something so special and intimate a bouts weddings isn’t there? Sometimes its because you have all your loved ones around you as you make the biggest commitment of all, but for this couple it was quite the opposite. After beginning to plan a big white wedding, Melissa and Gavin decided it just wasn’t for them. So, with only four weeks planning, they eloped and said their ‘I do’s’ at the Old Treasury Building in Melbourne.

Melissa, who found her perfect dress by Grace Loves Lace in just the nick of time, tells us, “The entire day was absolutely magical from start to finish, we had no one there (was too hard to choose anyone & didn’t want to offend anyone) only my Sister (also my best friend) knew & was such a big help with the planning process especially given the short time period. Everything just felt so right. I didn’t even have a dress when we decided to elope with 4 weeks to go! But I felt so truly happy, that I would happily have got married in any dress at all, it just so happened I was able to, by some miracle, get the perfect dress in time!”

All was captured on the day by Beck Rocchi, who has previously featured on Hello May here, here and here! Melissa tells us of Beck and her videographer, Rachael of Rachael Mary Films, “Our Witnesses were our amazing photographer & videographer & honestly it was the most beautiful, romantic, intimate, perfect day of my life!”

The couple celebrated into the evening by heading off to a local tattoo parlour to further ink their commitment. 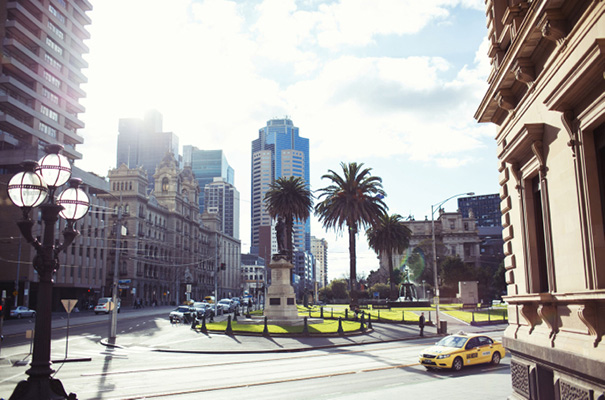 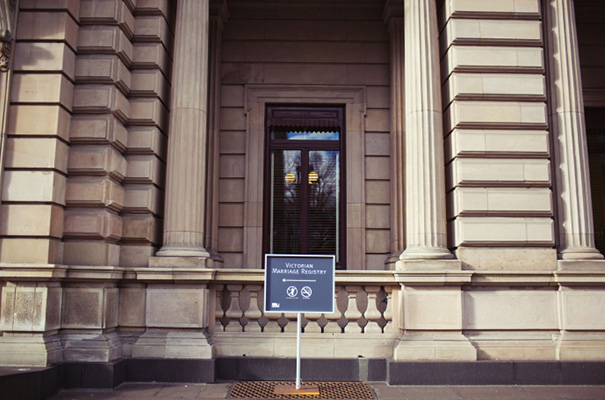 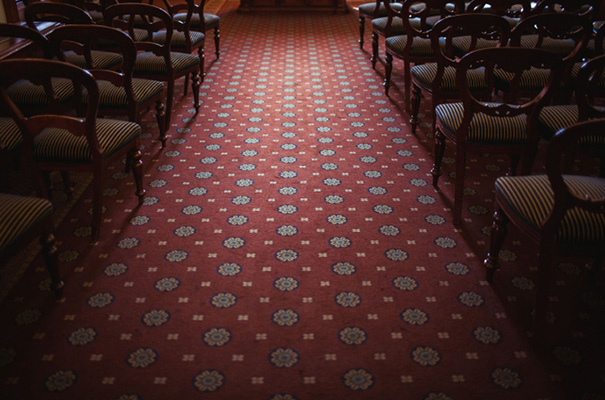 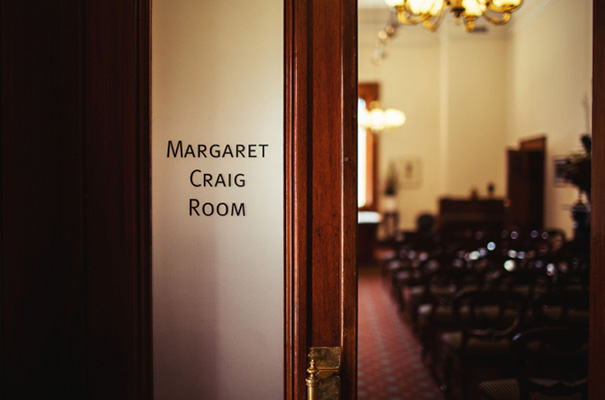 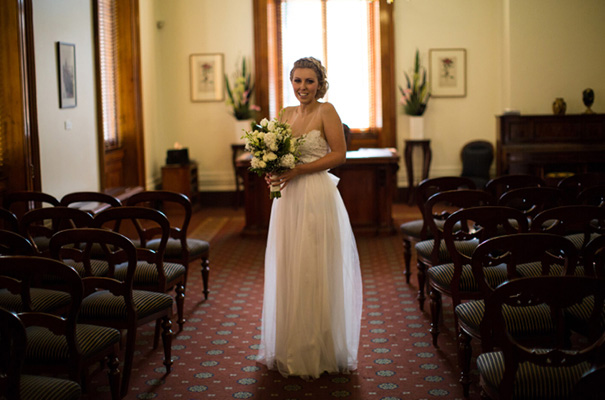 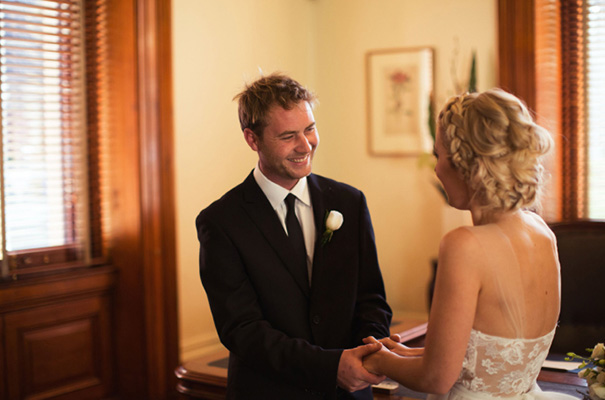 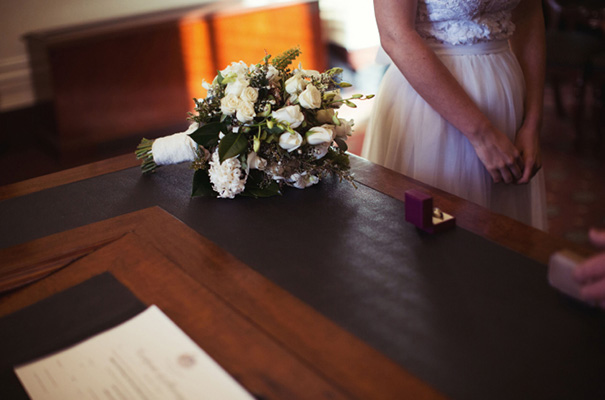 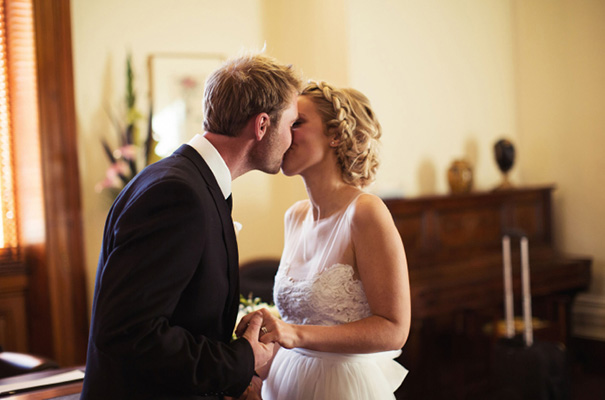 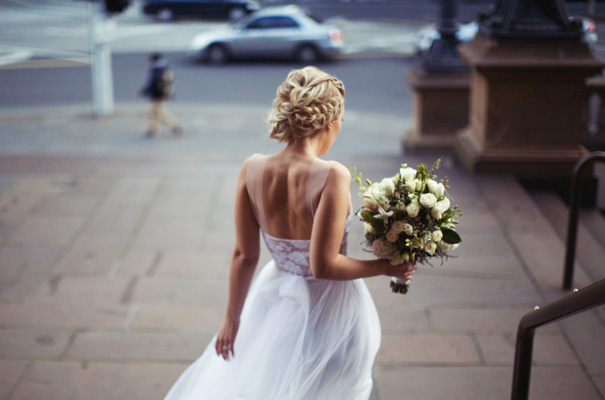 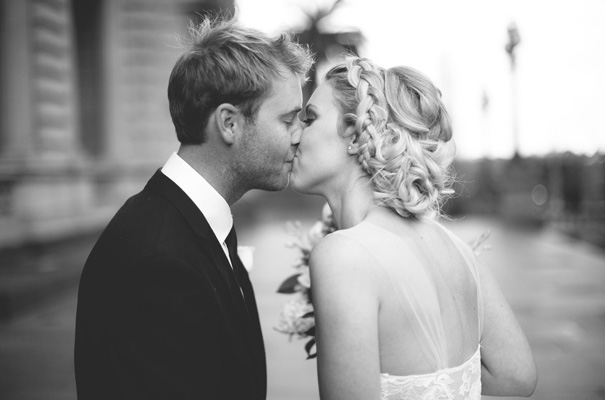 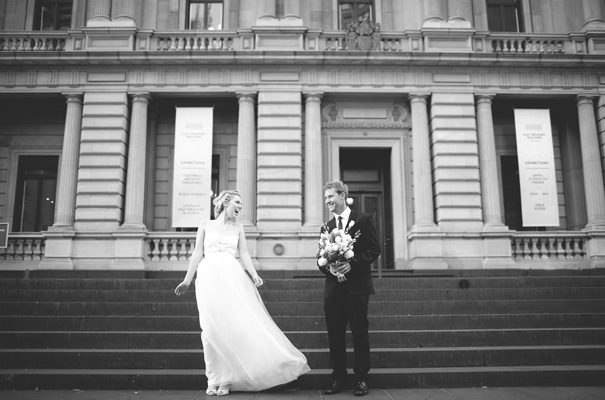 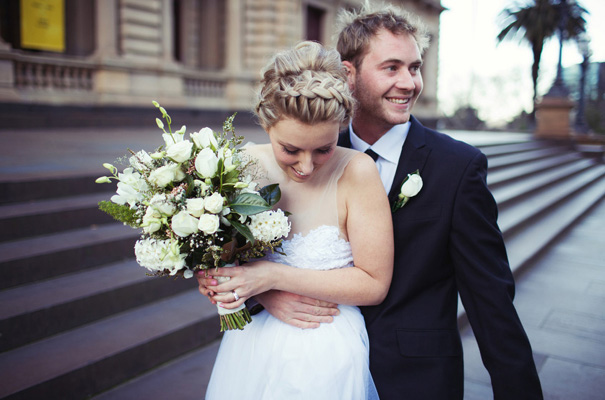 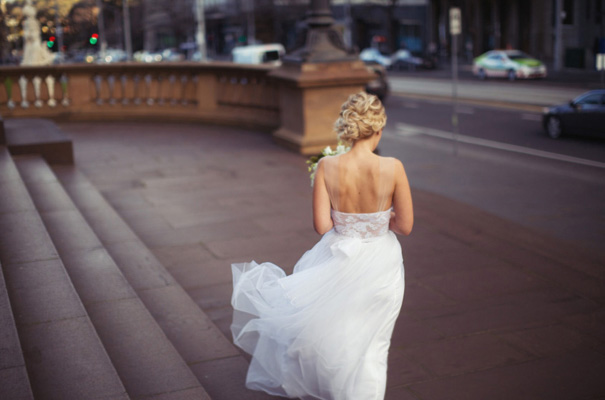 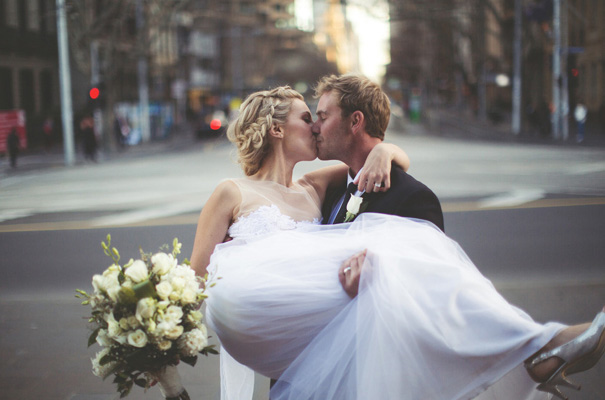 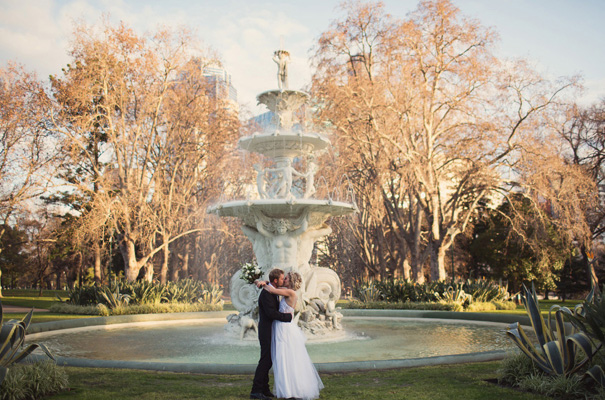 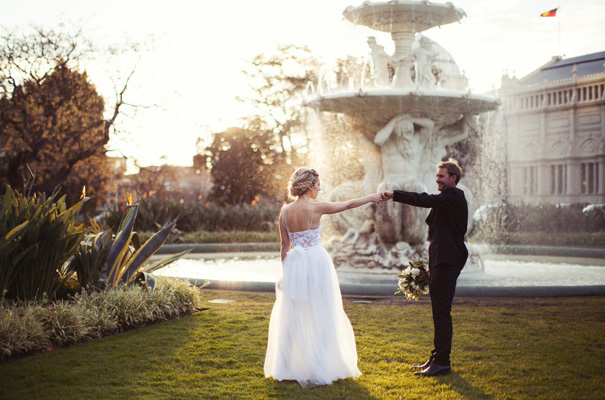 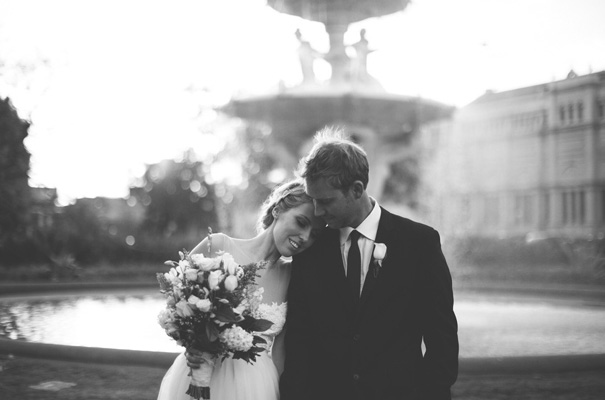 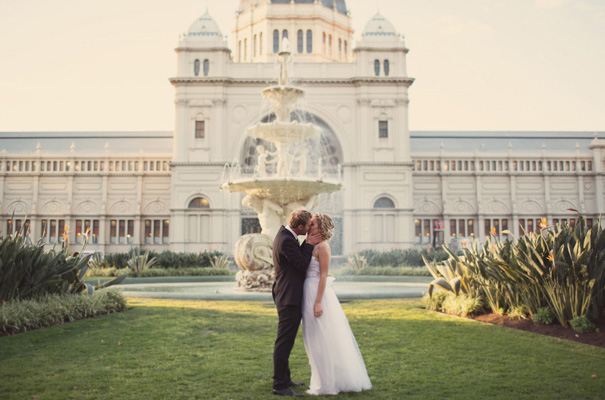 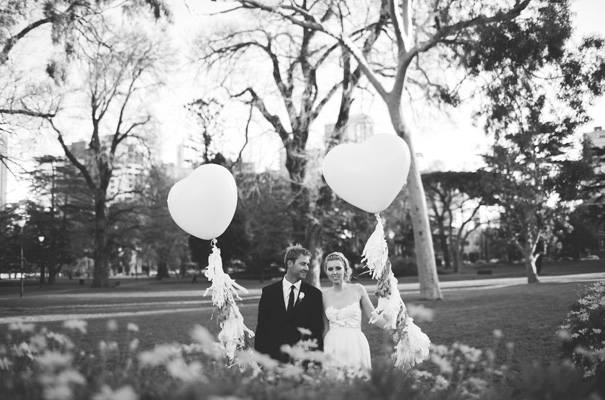 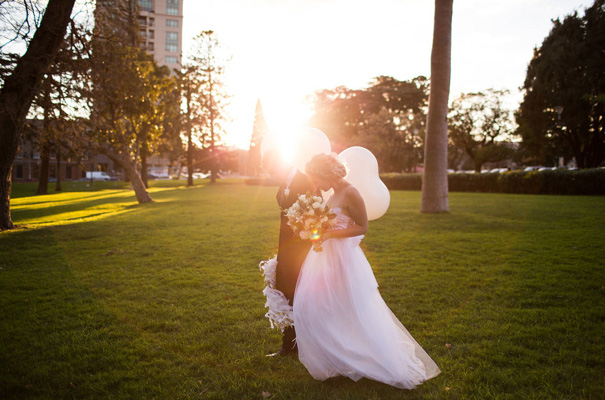 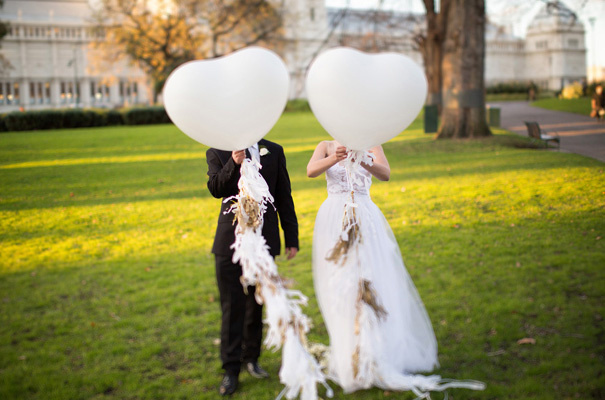 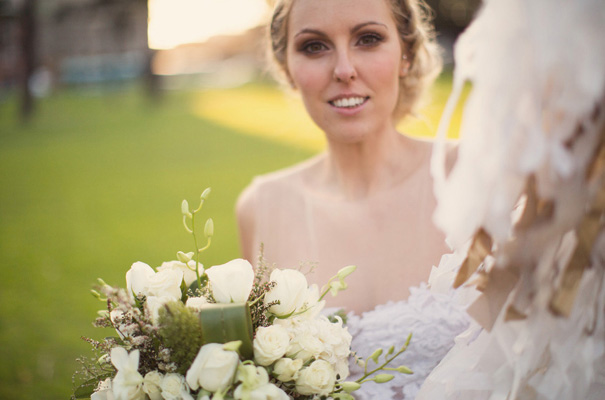 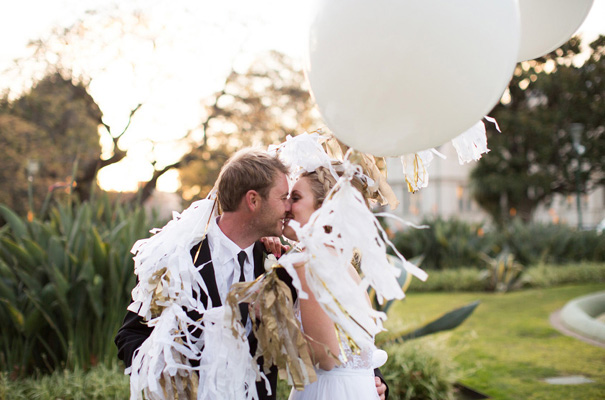 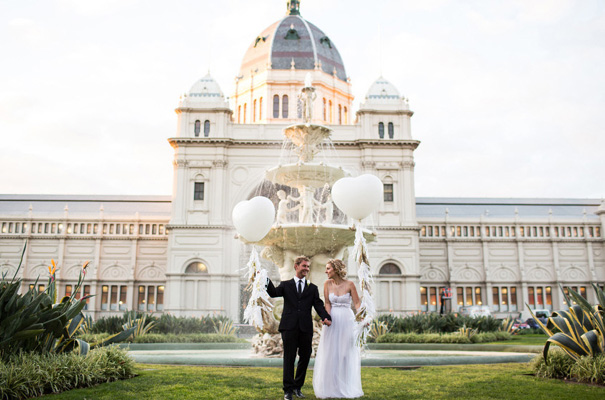 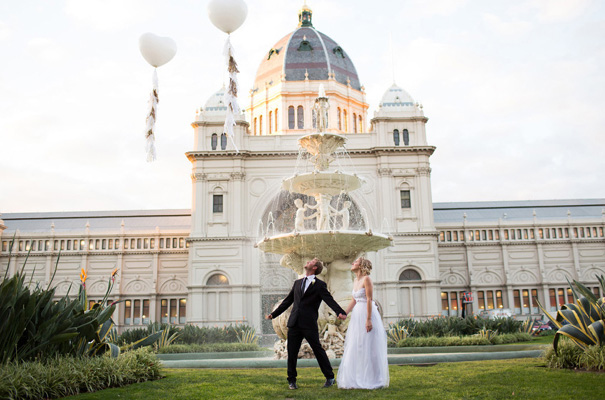 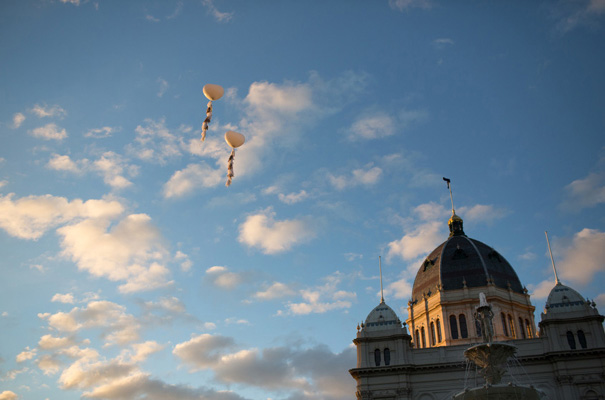