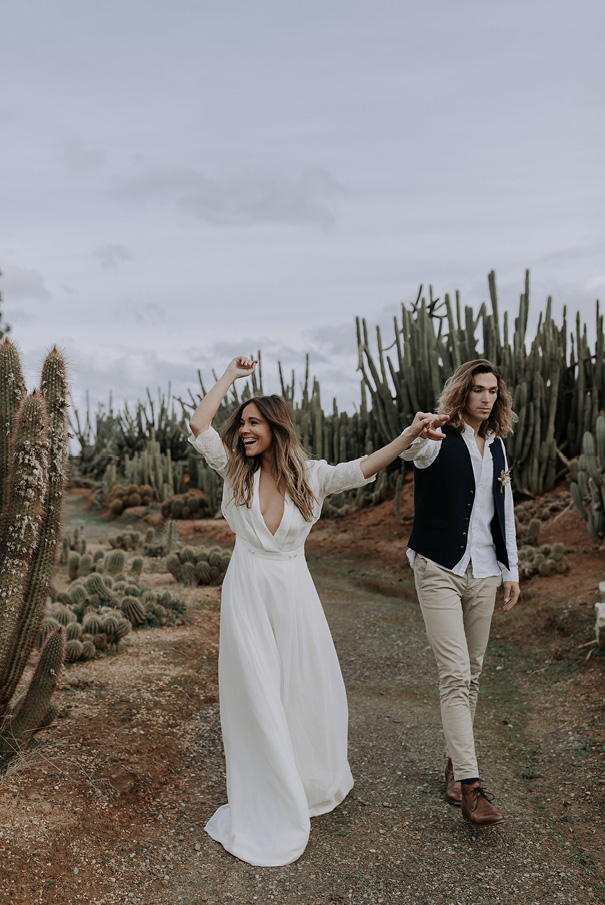 Irene and Manu are real life lovers from Spain who were living and working in Madrid.

Their lives took a turn when Manu was transferred almost immediately to Australia for work, separating them for a year until Irene was able to pack up and join her love across the world.

Discovered on trusty Instagram, we fell in love with Irene’s free-spirited, wild-living vibes and invited the bohemian Spanish couple to dance around Cactus Country, an amazing and diverse cacti and succulent garden space in Strathmerton, Victoria, as the fabulous Alexandra Cohen captured their fun.

Whilst Alexandra is based in Perth, she is known to travel around the globe shooting beautiful couples in her immanently moody, up-close-and-personal style. When you look at her images, you become as taken by the dizzying background environments as you do by the loved-up couples featured front and centre.

On this crisp August day with Spanish tunes playing in the background, we witnessed the rather otherworldly love and chemistry of the couple; Irene wearing an Elise Hameau dress, exclusive to Carte Blanche which with its quintessential European flavour, perfectly suited our exotic woman of the hour. After a while Irene wanted to move more carelessly through the dusty green tracks and a more relaxed broderie anglaise dress was playfully put on.

His and Her hats from Will and Bear were sourced for the couple and played the perfect part in this country Vic affair. (Because who doesn’t love a biz that plants ten trees every time a hat is sold?). And because every romantic rendezvous is made more delightful with colourful blooms, the talented Flowers of Canterbury created the fitting native bouquet and flower crown. 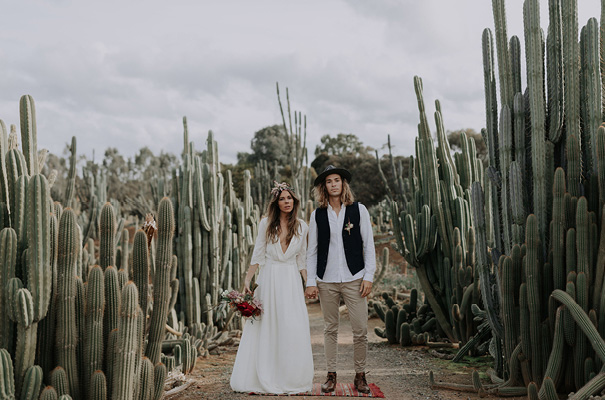 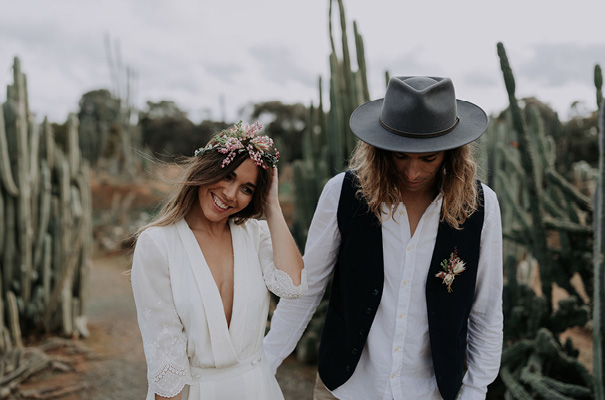 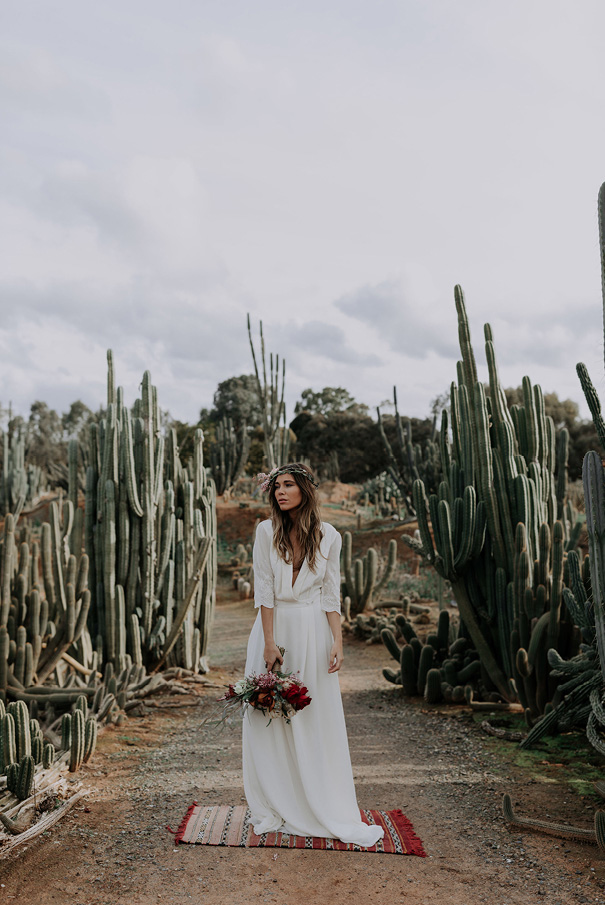 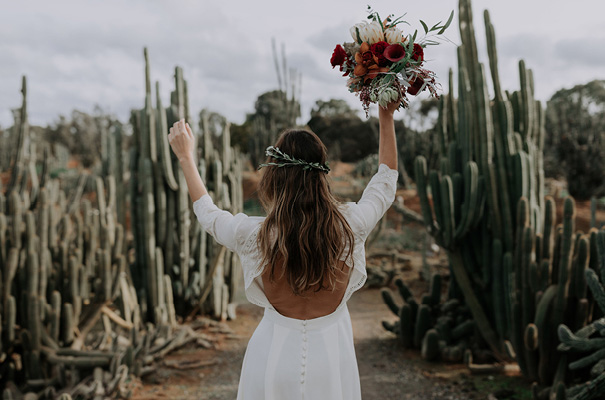 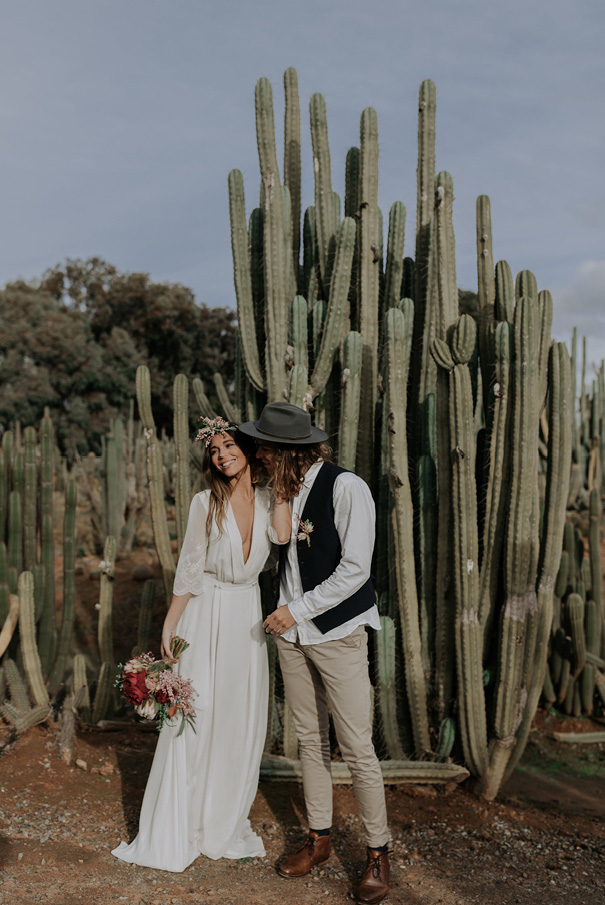 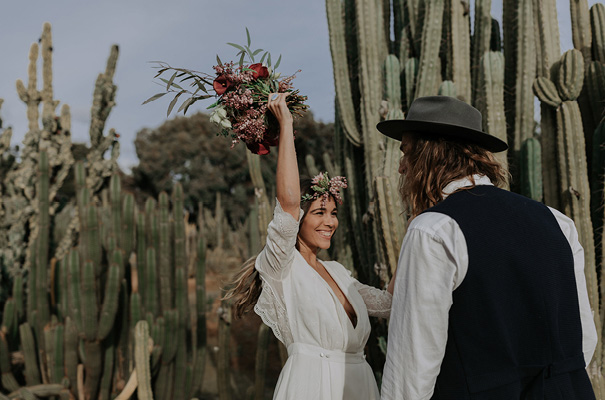 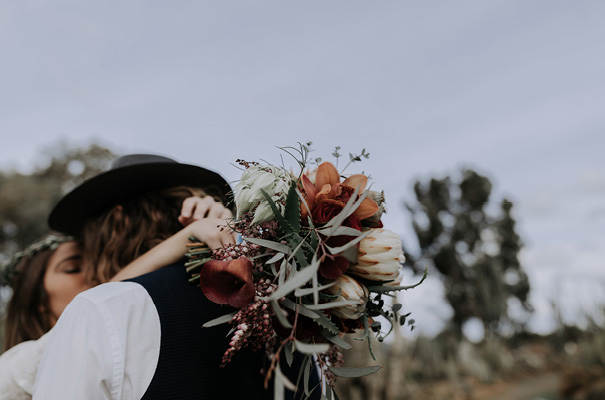 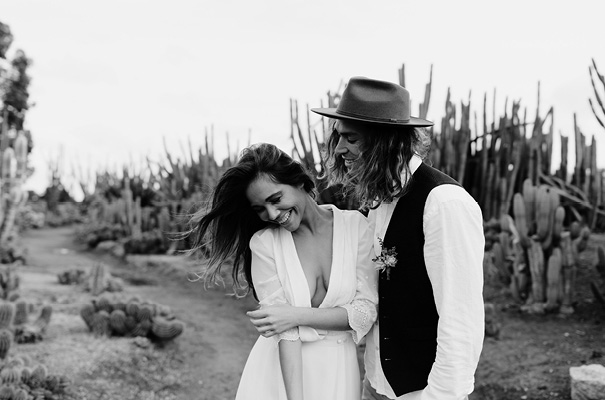 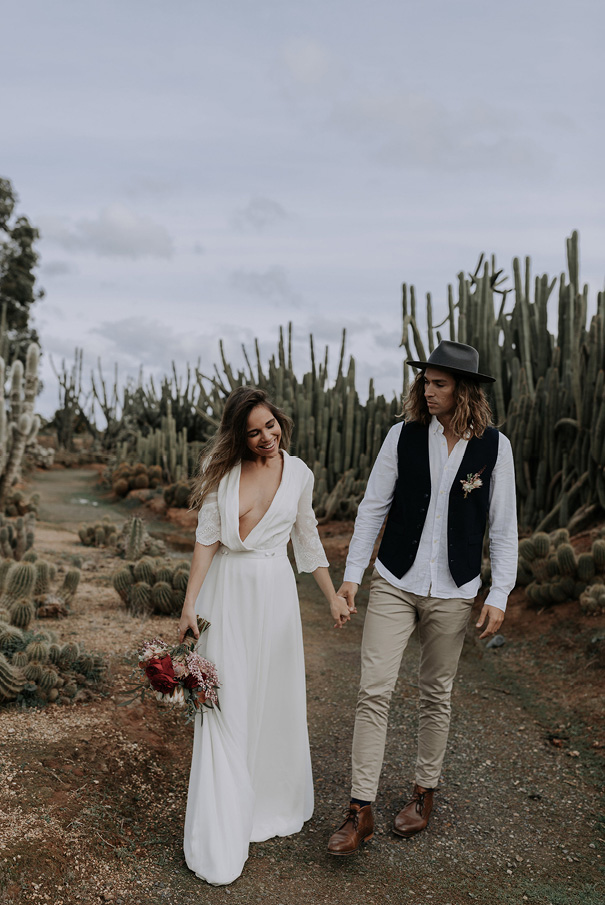 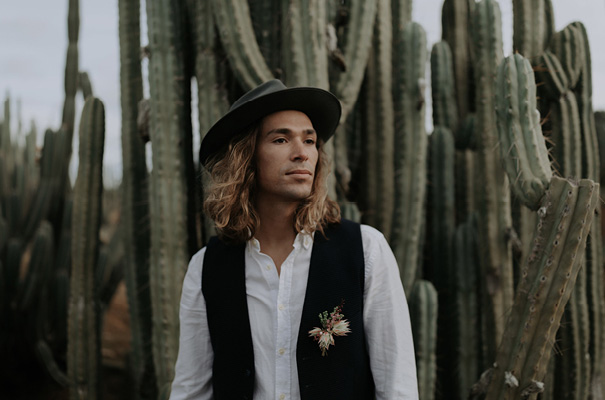 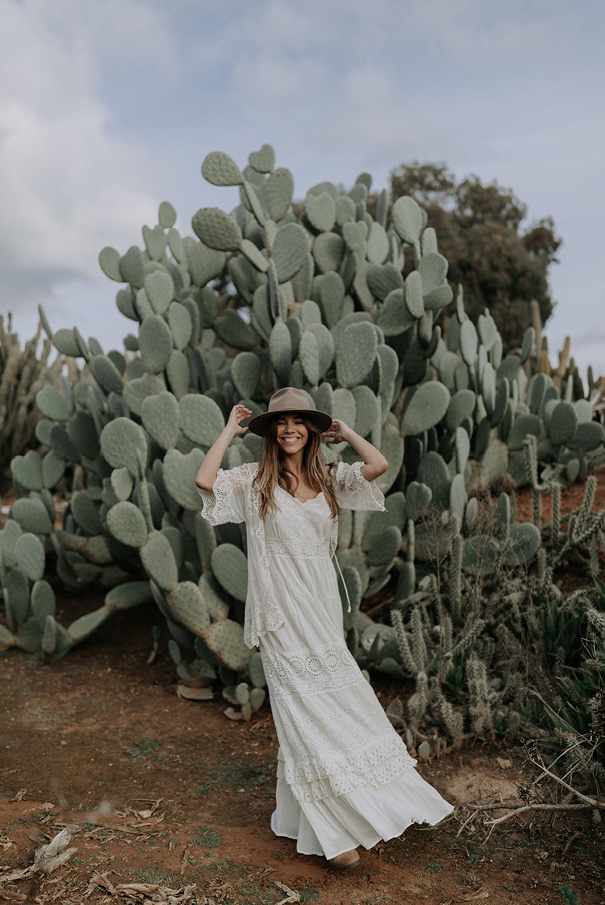 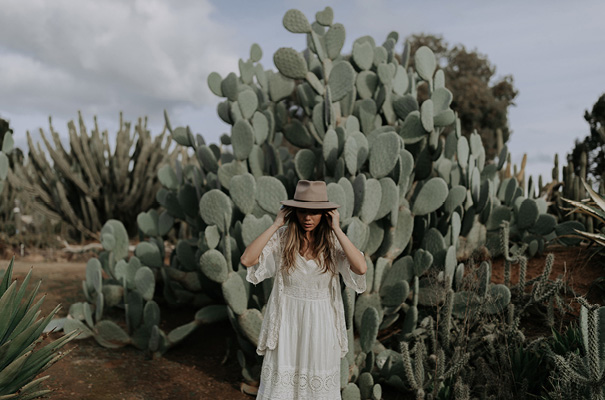 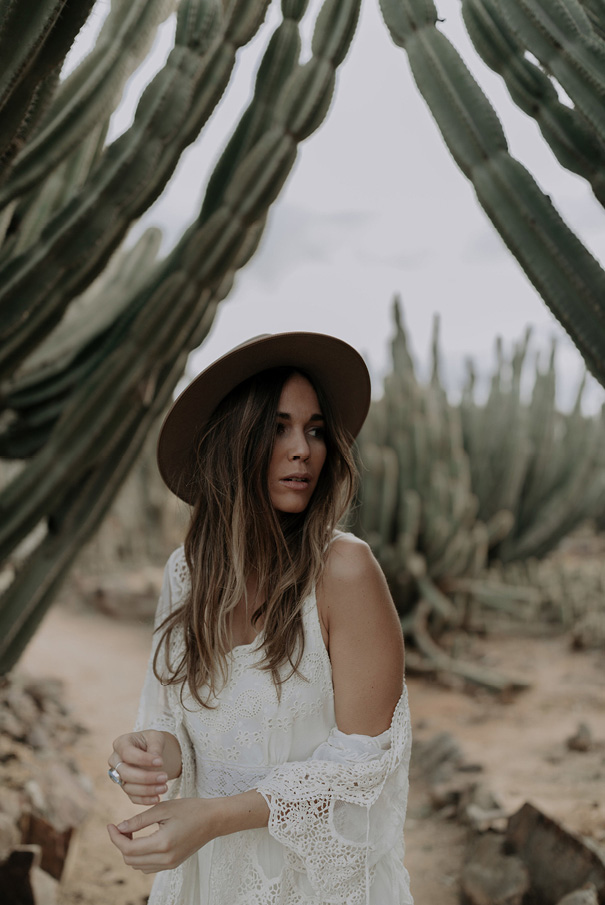 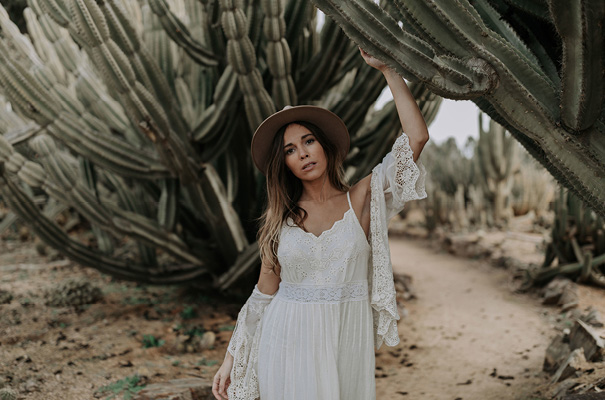 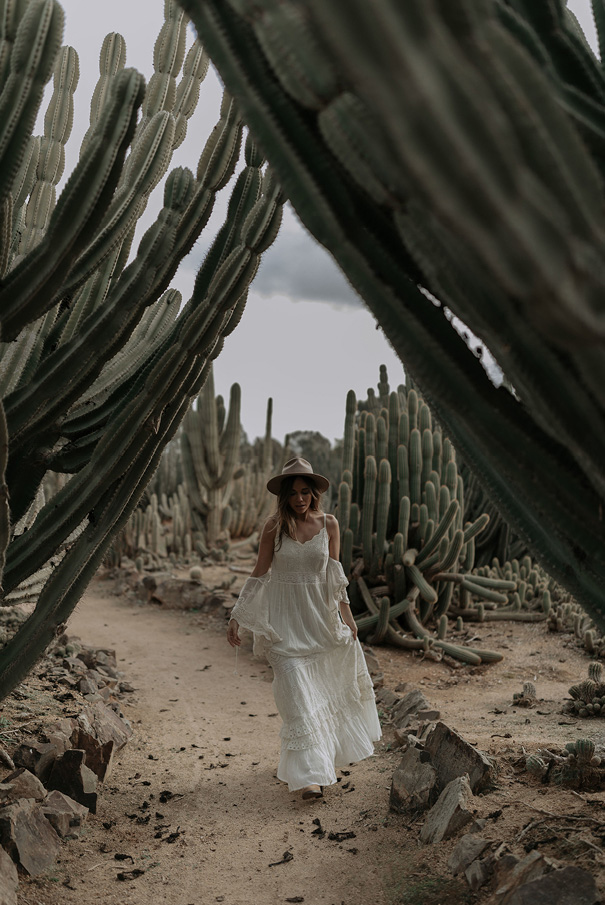 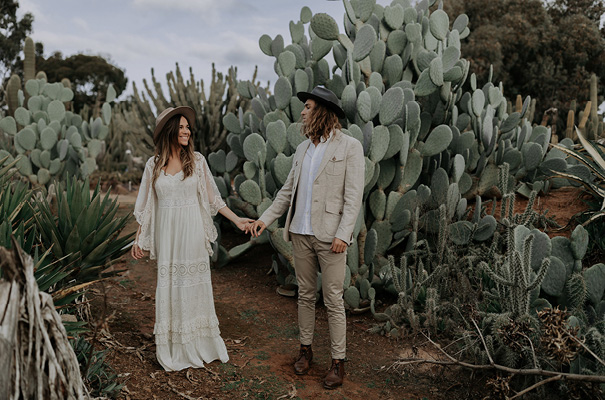 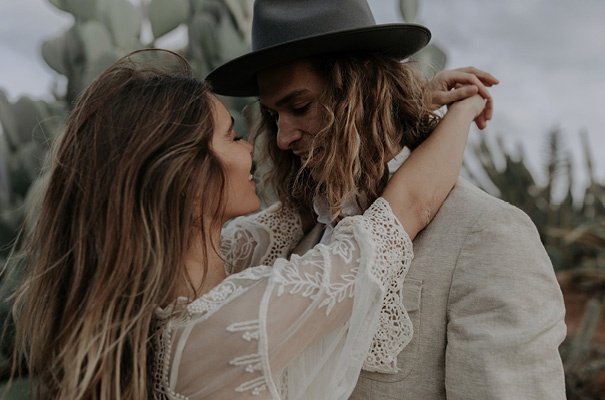 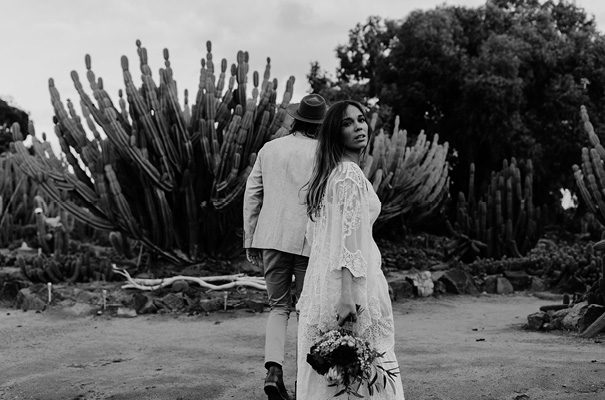 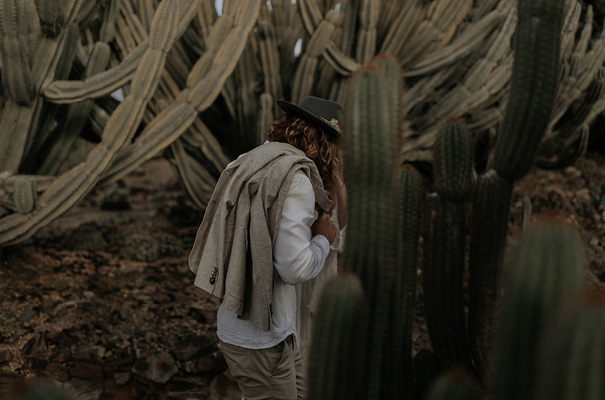 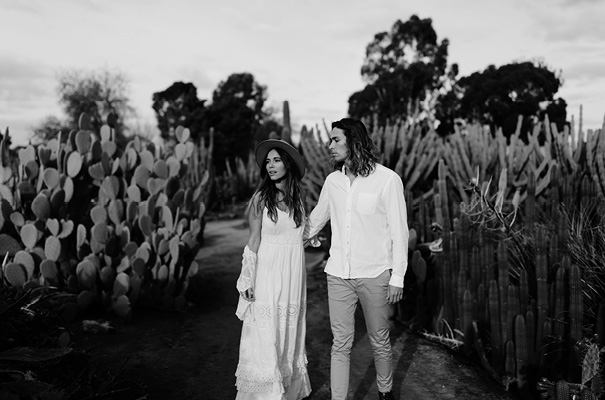 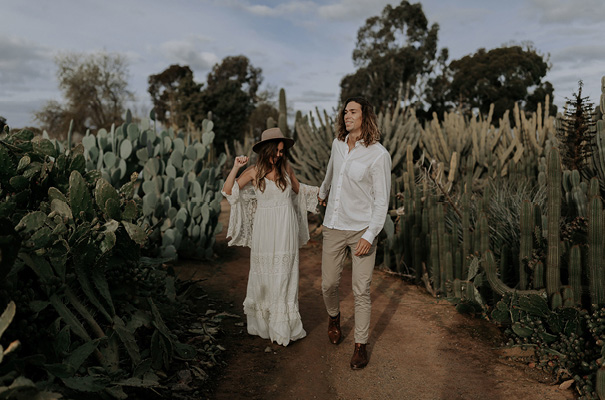 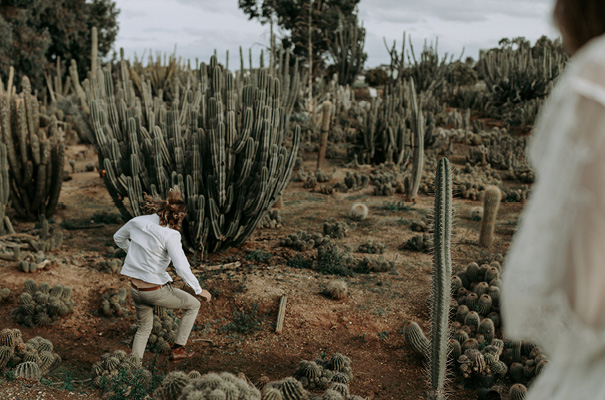 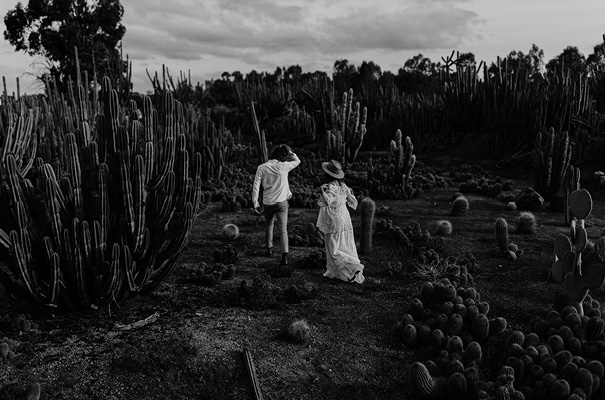